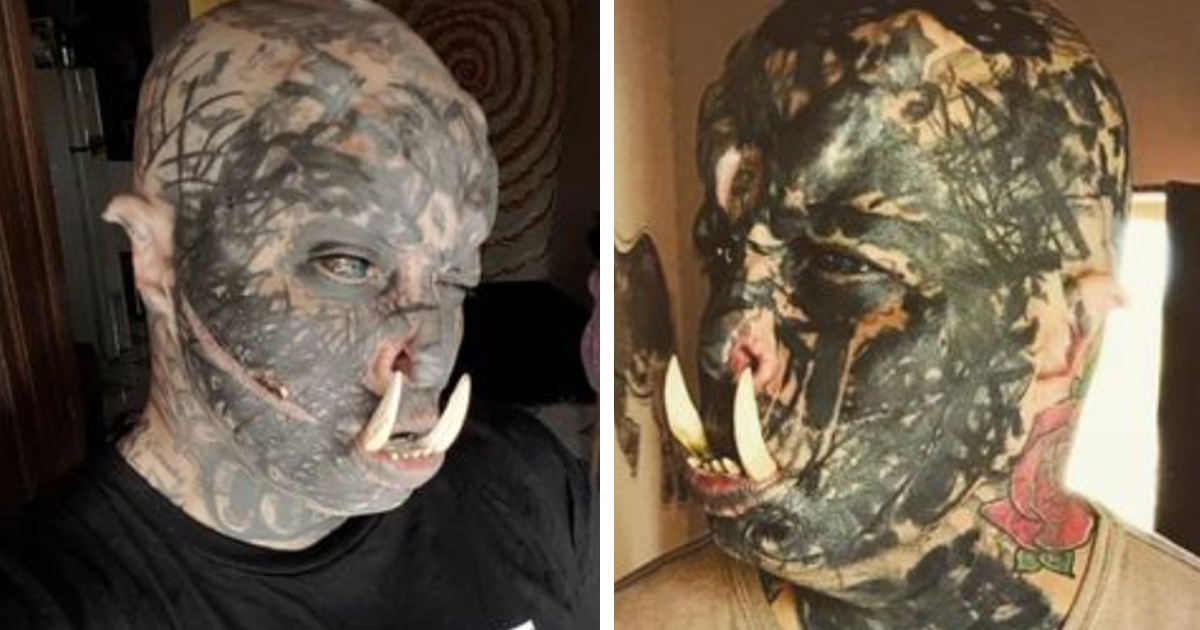 We live in a world today where almost any appearance is possible thanks to the various operations and body adjustments that are available.

Whether it be something as simple as a nose job, or something as extreme as having fake abs implanted, we’ve all seen examples of people altering their body to acquire a certain look.

And yet few people will have seen anything like a certain 41-year-old man who calls himself Orc.

Born in a small town on the border between Brazil and Paraguay, he reportedly got his first tattoo aged 15. From there, Orc decided body modification was definitely for him, and began having operations at age 35.

All told, Orc now has tattoos covering 80% of his body, and his latest drastic alteration saw him add tusks to his teeth, so that he looks like … well, an orc.

Orc also reportedly has a number of subdermal piercings – piercings inserted under the skin – as well as tattooed eyeballs and a forked tongue.

“I am trying to be myself, these are just my ideas, my inspirations coming from the heart,” he said.

“I am not inspired by anyone.”

As for feedback on his unique look, he said: “They tell me good things that motivate me to continue.

“Bad people exist everywhere and are always around… but they don’t shake me.”

That said, his own mother doesn’t like the way he’s changed himself, and he said his friends find it “weird”.

He’s not going to let the opinions of others influence him, though, and said that he has plans to continue modifying his body.

“Live, be happy, travel, love. Do whatever you want,” he said.

“Life goes by fast and death is certain.”

Well, we can’t argue with that, Orc. I guess in one sense he truly is living free, and we wouldn’t want to put him down for that.

Of course, his look is still too extreme for us to properly get behind. What do you think? Share this article on Facebook and let us know.