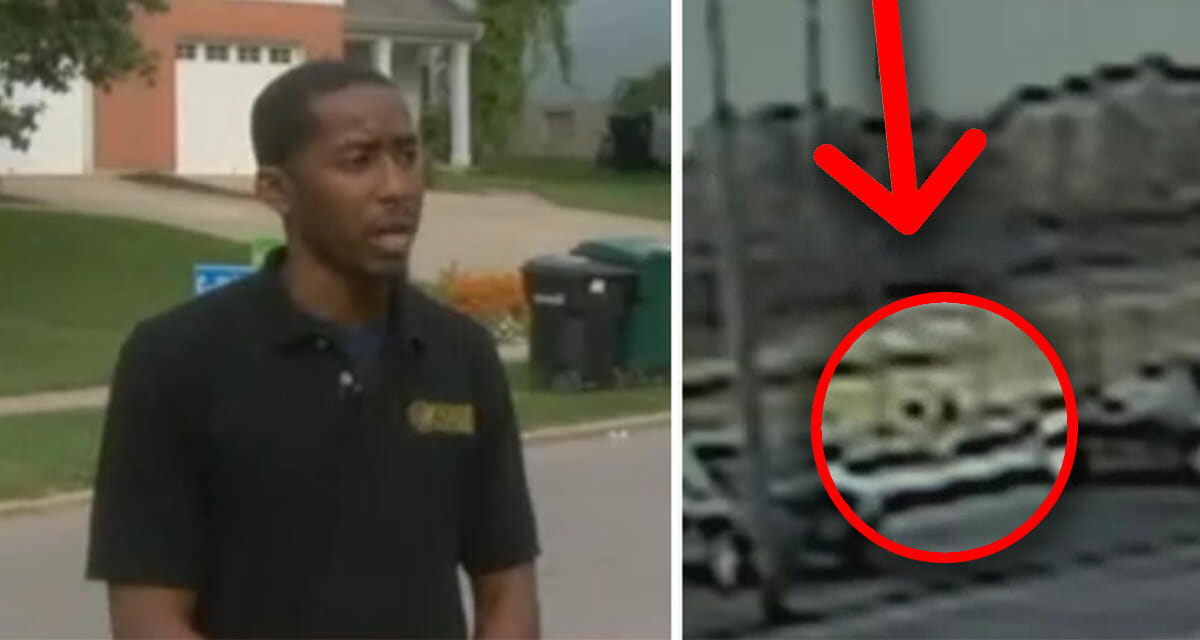 Sometimes we all need to trust our instincts.

Fortunately, that’s exactly what Nazier Elahee, from Ohio in the United States, did when he saw a little girl being dragged by an older man.

Thanks to his quick-thinking and decisive actions, a terrible crime was avoided.

The event occurred in the small town of Golf Manor in Ohio, USA. Nazier Elahee was taking a walk when he spotted an older man walking with a young girl.

At first he wasn’t sure, but it looked a lot like the man was dragging the 11-year-old girl along the sidewalk.

The man had a tight grip on the girl’s arm and seemed, at least to Nazier’s eyes, angry.

“I noticed that a man was walking down the street toting a girl behind her pulling her by the wrist,” Elahee told Fox 19’s local TV station.

“But as they walked passed us she looked back at me and mouthed the words help me several times.”

Those two words were enough to push Nazier into action. He ran after the pair and stopped the man, proceeding to ask the girl if she knew him.

“When she said no I was like what’s going on. I asked the gentleman if he knew her and he said ‘no I’m taking her home,'” he said.

He raised the alarm by way of calling the police. He also prevented the man from leaving.

It transpired that the man didn’t know the girl at all. Instead, the police believe he was trying to kidnap her.

“If he had gotten that little girl to where ever he was going to she could have been raped… killed,” Nazier said. “If I could have done something else I would have, but the right thing to do was to call the police and keep the girl safe.”

The man is suspected of kidnapping.

Of course, this is every parent’s worst nightmare. The idea that your child could be taken by a stranger is terrifying; the thought of them alone and afraid beyond comprehension.

Parents, it’s absolutely vital that we continue to educate our young children on the dangers of accepting gifts or going places with people they don’t know. For this little girl, it was lucky that Nazier was vigilant, alert and on guard. Things could have ended far worse had he not been.

A huge thank you to Nazier, and all the people who have acted as he did in the past.

Please share this story, not only to show support for Nazier’s courageous actions, but also to remind parents all over the world to remain vigilant.