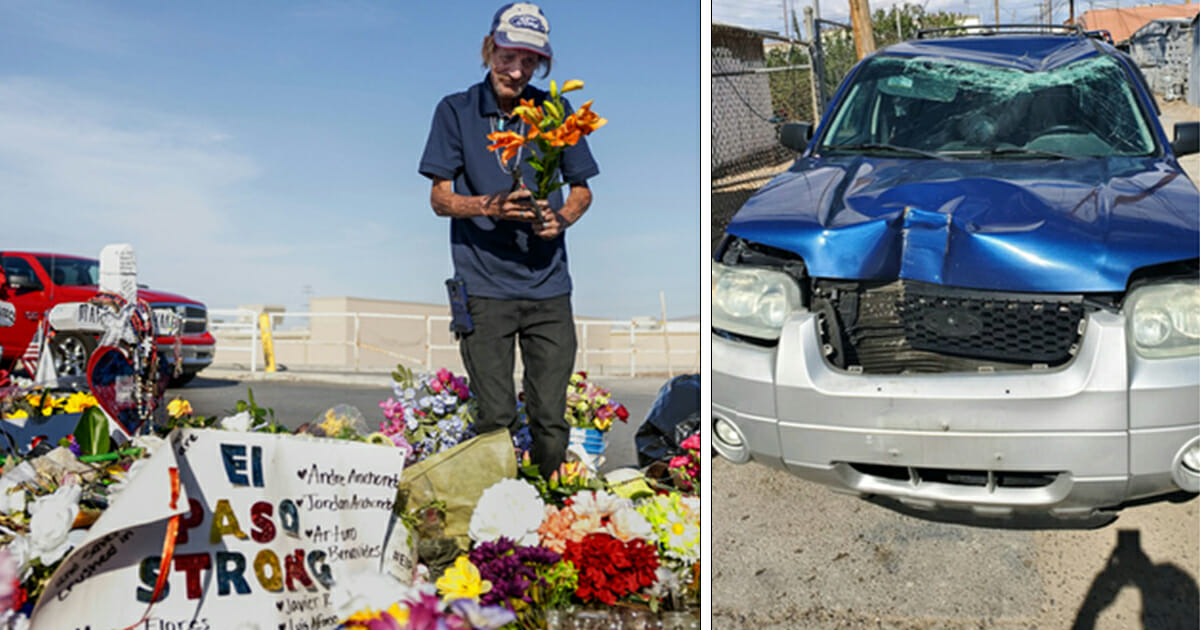 The recent racist attack at the Walmart in El Paso, Texas, was cowardly and deplorable, the aftermath devastating for all those involved.

For one man, however, things have just gotten worse. Antonio Basco’s wife, Margie Reckard, was among those killed in the shooting, her funeral was held on Friday and was attended by thousands of strangers wishing to pay their respects.

According to Fox 4, mere hours after she was laid to rest, though, someone stole her car and trashed it.

This is how Antonio Basco was greeted as he made his way into his wife’s memorial “We are your family sir… We’re your family.” #ElPasoStrong pic.twitter.com/anI3KLFoPa

Vanessa Kondow, who works at Kings Towing in El Paso, took to Facebook to share the story, stating that the vehicle’s front end and windshield had been smashed. Her husband towed the car back to Basco’s home.

Kondow wrote: “WTF is wrong with people!? He just buried his wife yesterday and now this s—. He told my husband that whoever took it also stole a pressure washing machine from a small trailer he used to use for mobile car washing. Share the s— out of this post to find the m—— who would do this.”

The online community were quick to promise their support for Basco, with a number of people offering to buy him a new car.

As per Kondow, however, Basco has no need of a new vehicle.

“The Ford Escape was his wife’s and he’s always wanted to keep it. He has a vehicle of his own. If anyone wants to help, he most likely just wants the Escape to be repaired so he has that memory of his wife, Margie,” she explained.

BREAKING from KVIA TV in El Paso: Antonio Basco, who, 24hrs ago, buried his shooting victim wife, Margie, surrounded by thousands of strangers who showed up to console him, just had his car stolen & damaged in an apparent case of theft and vandalism https://t.co/viRvqlqYME

It should go without saying that this callous act of defilement needs to be met with justice. No one should have to suffer like Antonio Basco is suffering now, and to think that someone would take his wife’s car and trash it is simply beyond comprehension.

With that in mind, we want to do our best to bring the person responsible to justice. By spreading this story far and wide, perhaps we can reach someone who knows something relating to the crime.