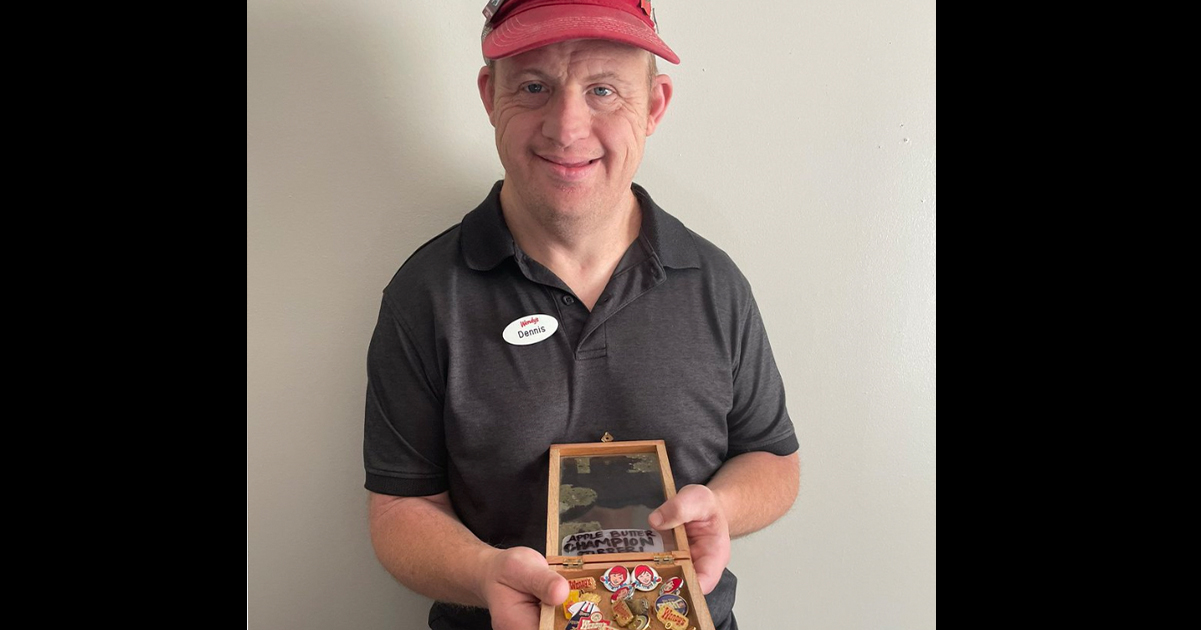 The family of a man with Down Syndrome are seeking answers after they say he was abruptly fired from the job he has held for more than 20 years.

According to reports, Dennis Peek, of Gaston County, North Carolina, has been working at a local Wendy’s for over two decades. His family say he was planning on retiring soon, but never got the chance to do so as he was removed from his position.

The reason? Well, his family claim Wendy’s fired him because “he wasn’t able to do his job like a normal person.”

Not only that, but Dennis’s family say he was fired without receiving any sort of notice.

His sister, Cona Turner, said: “I’m out here because I need to be his voice for the way he was treated.”

Turner added that her brother had held a job at the same Wendy’s for almost 22 years.

“I asked why and I was told he could not perform his duties,” she said.

Heartbreakingly, she and the rest of her family have no idea how they’re going to explain to Dennis that he can no longer work at Wendy’s.

“He don’t understand and we can’t tell him he was terminated. We have not told him and we won’t tell him,” Turner said.

Yet there may yet be hope.

As per reports, a social media post from Turner expressing her frustrations garnered plenty of attention. She then received a call from Carolina Restaurant Group – who owns operates the Wendy’s in question – and was told that Dennis might be reinstated next week.

In a statement, Carolina Restaurant Group said: “We are committed to creating a welcoming and inclusive environment for our employees and our customers. This was an unfortunate mistake and lapse in protocol; we are in touch with the employee’s family, and we are looking forward to welcoming him back to work in the restaurant.”

Dennis, meanwhile, is still unaware of the situation developing around him. He’s been a hard worker for over 20 years, and is now looking forward to retiring.

WSOC say that Dennis’s family are torn between letting him go back to his old job or throwing an early retirement party for him.

What a sad situation for Dennis to find himself in after so many years of service. We here at Newsner hope matters can be resolved in a way that allows him to retire happily.