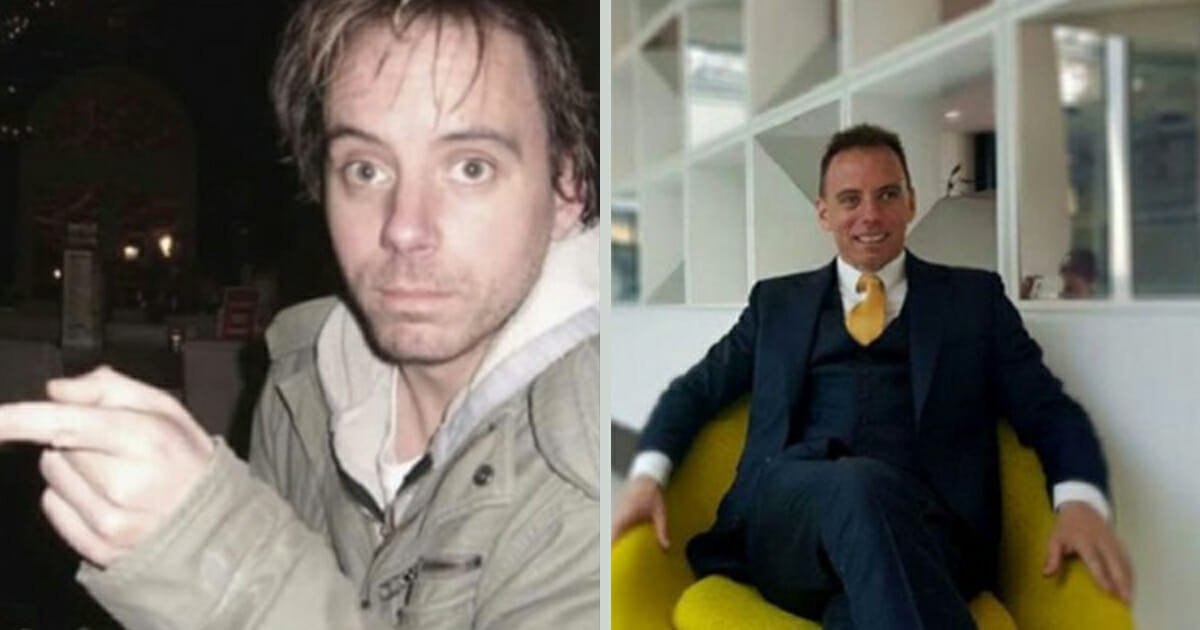 When we see a homeless person on the street it’s hard to ignore but how many of us stop and talk to this person and even try to help?

Drew Goodall was a successful actor when he hit a setback and stopped getting roles. In his 20s this young aspiring actor found himself without any means to support himself.

For six months Drew was forced to live on the streets of London and had to endure cold nights, begging for food and fight against the drunks who tried to beat him up.

Now Drew is the CEO of a shoe-shining company making a six-figure salary and giving back to those disadvantaged and homeless people and it’s all thanks to a chance encounter with a stranger.

As an actor Drew had appeared in movies alongside Brad Pitt and Hugh Grant but through no fault of his own he stopped getting the roles and lost his confidence.

“At least in my experience, being homeless was something that happened to other people,” he told BBC News. “It’s the person you see sleeping outside the tube station. It’s not something that you directly think, ‘This is gonna happen to me.'”

But one day a stranger on the street stopped to talk to him and suggested something that turned his life around.

“He said, ‘There are people who work in the City of London and they clean shoes.’ And he said, ‘Maybe you could do that.’ And I thought, ‘Yeah, you know I could do that.’ I mean it’s some brushes and some polishes and it’s really not expensive to do,” he told BBC News.

Drew used some money he had from begging to buy a brush and a tin of polish and headed into London’s financial district to shine shoes.

He had to watch his back as he didn’t have a license and so what he was doing was considered illegal. Then one of his regulars offered him a spot in the lobby of his office so he would no longer have to look over his shoulder while he worked.

Drew called his business Sunshine Shoeshine and today only employs homeless people and the less-privileged who work in more than 50 locations across the city.

The company makes over $300,000 a year and Drew donates a proportion of this to charity. He’s turned his life around and gives back, helping other less fortunate people to also turn their lives around.

‘It has given me a purpose’

One of his employees Alan, who has poor mental health and sight issues, tells BBC News what this opportunity means to him.

“Sunshine has given me a work history. They’ve clarified that I am articulate, and with skills and abilities, and that’s what an employer wants to see when they see a resume.”

Drew said we’re all guilty of judging the homeless and he understands but what he can’t forgive are those unwilling to changing their minds about the homeless.

“You might have certain ideas and perceptions about that person sleeping rough, but then if you take the time out to talk to them and you’re not willing to see them for who they are…that is a problem,” he added.

Thank goodness there are people in the world like Drew. Please share his story and help inspire others to change their perceptions and help.