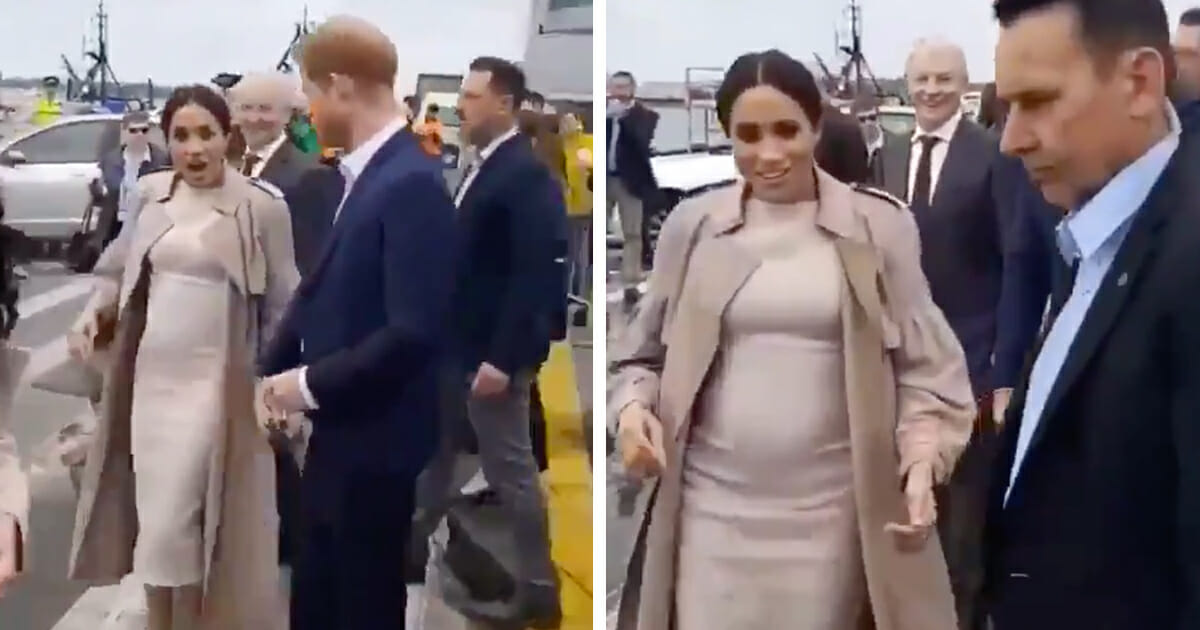 It’s safe to say Prince Harry and Meghan Markle have seen thousands of people over the past 16 days of their royal tour.

The couple, who recently announced they’re expecting their first child, have been spreading cheer around Australia, Fiji, New Zealand and Tonga. Just earlier this month a video surfaced of Prince Harry meeting a familiar face in 98-year-old war widow Daphne Dunne, so it’s only right that Meghan had her turn before the tour was up.

As per the Daily Star, the Duchess of Sussex caused quite the stir when she spotted someone she knew in the crowd at Viaduct Harbour in Auckland, New Zealand.

According to reports, Meghan and Prince Harry were walking together through the harbor when Meghan noticed Hannah Sergel and her sign amongst the masses.

The 20-year-old was just one of thousands of people who had turned out to see the royal couple, and was holding a sign that read: “It’s Hannah from Instagram.”

In a video captured from the crowd, Meghan can be heard saying “oh my God”, with the 37-year-old approaching and continuing: “How are you?”

It turns out that Meghan and Hannah used to talk to each other on Instagram, with the Duchess of Sussex offering the student advice.

the wee “oh my god” when she realises it’s me ??? pic.twitter.com/aHOfAty6a1

“I was friends with her on Instagram before she had to deactivate her account,” Hannah later told 1News.

“We used to have conversations and stuff on there.

“She would tell me to do well at university and encourage me to be myself.”

Meghan was handed a letter by Hannah, one which she promised she would read. “She recognised me and knew who I was so that’s why she came over,” Hannah said.

“She gave me a hug which was incredible – when I first saw her I cried.

“She’s just such an incredible person and I’m just so glad she’s happy with Harry.”

Yet another example of Meghan and Prince Harry going out of their way to make other people happy. She could so easily have ignored Hannah, or simply forgotten who she was. Instead, she took the time to recognize her, and it’s actions like that which have won her the hearts of the world.