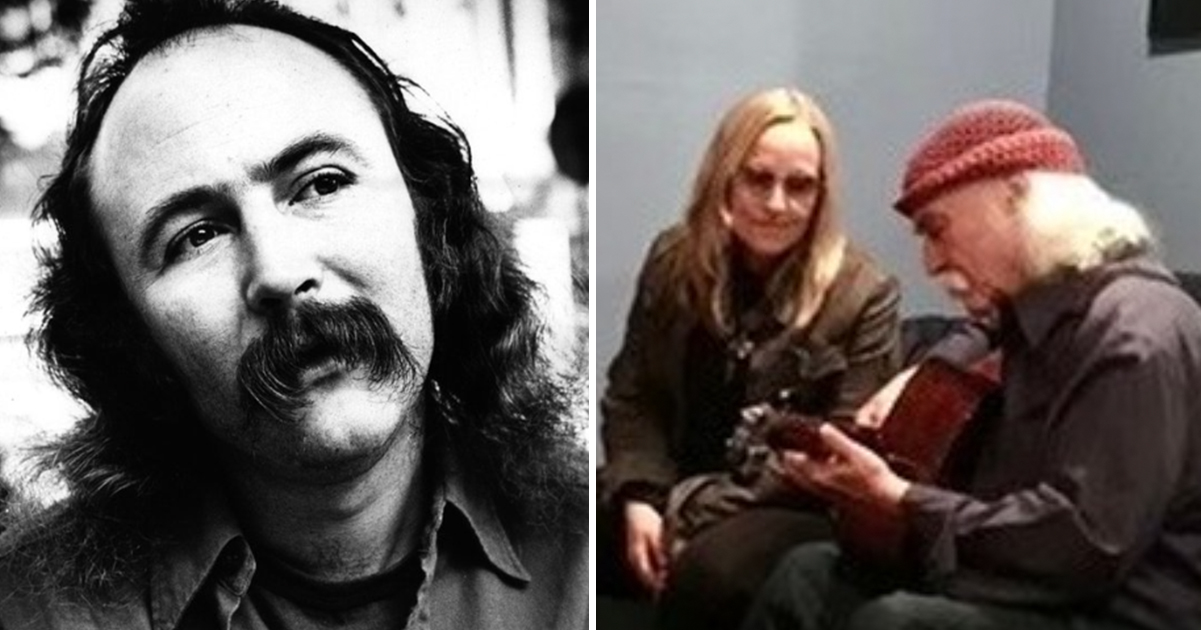 The world today mourns the passing of David Crosby, the iconic singer-songwriter who was a founder of both The Byrds and Crosby, Still and Nash.

As per reports, Crosby passed away yesterday, January 19, after a stellar career that saw him achieve the exceptionally rare feat of being inducted into the Rock and Roll Hall of Fame twice.

Amongst those bemoaning the loss of the talented vocalist was Melissa Etheridge – Crosby was the sperm donor who helped Etheridge to conceive.

“I am grieving the loss of my friend, and Bailey’s and Beckett’s biological father, David,” Etheridge wrote.

“He gave me the gift of family. I will forever be grateful to him, [son] Django, and [wife} Jan. His music and legacy will inspire many generations to come. A true treasure.”

According to People, Crosby, who first achieved fame via a cover of Bob Dylan’s “Mr. Tambourine Man” – which reached No. 1 in both the United States and the United Kingdom in 1965 – provided the sperm for Etheridge and her then-partner Julie Cypher’s children, Bailey, 25, and Becket, who died from an opioid addiction in 2020.

Back in 2000, Etheridge revealed that Crosby had been her and Cypher’s donor during an interview with Larry King Live.

After Beckett’s death in 2020, Crosby replied to a tweet that appeared to suggest he had no contact with Beckett.

The 81-year-old’s passing was confirmed by his wife via a statement to Variety Magazine.

“It is with great sadness after a long illness, that our beloved David (Croz) Crosby has passed away,” she said.

“He was lovingly surrounded by his wife and soulmate Jan and son Django. Although he is no longer here with us, his humanity and kind soul will continue to guide and inspire us. His legacy will continue to live on through his legendary music.”

She concluded: “Peace, love, and harmony to all who knew David and those he touched. We will miss him dearly. At this time, we respectfully and kindly ask for privacy as we grieve and try to deal with our profound loss. Thank you for the love and prayers.”

In 2019, Crosby spoke on his contribution to music, describing it as a “lifting force”.

“It’s the one contribution I can make,” he said.

Rest in peace, David Crosby, and thanks for all the music and memories.

Share this article if you are or have ever been a fan of David!