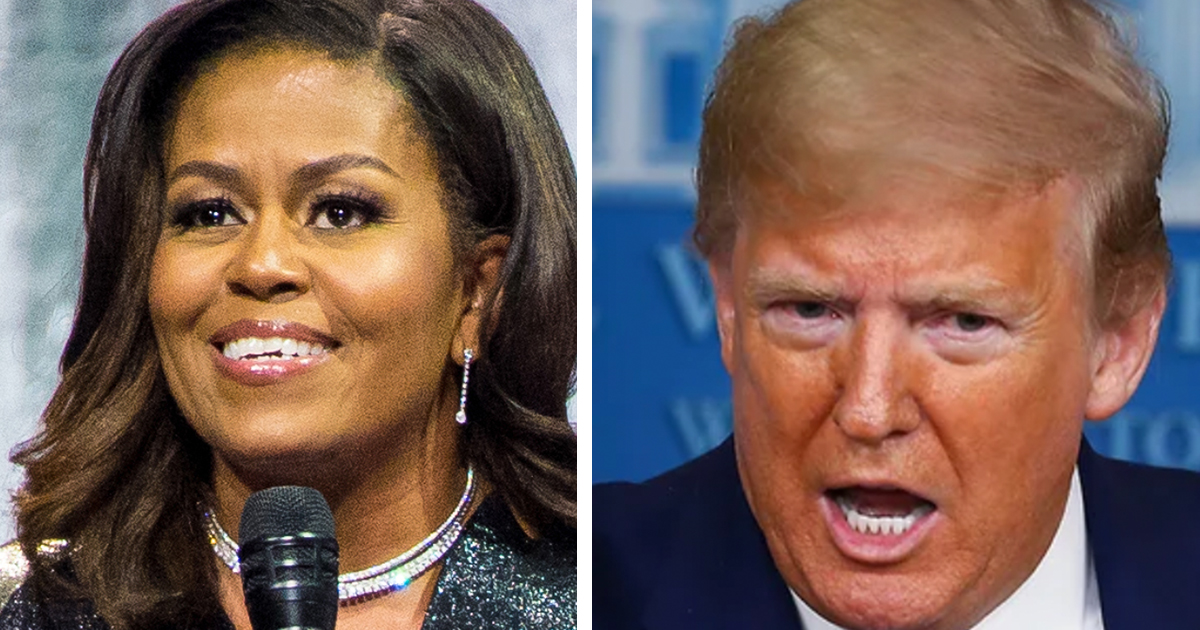 Michelle Obama knows a thing or two about putting on a smiling face and accepting that a result simply didn’t go your way.

Ever genial, the former FLOTUS was the embodiment of grace when she and husband Barrack Obama handed over the reigns to the White House to Donald Trump back in 2016.

At the time of writing, Trump and his campaign team are still clinging onto the narrative that the Democrats were only able to secure the 2020 Presidential Election though fraudulently tampering with votes.

Just so we’re abundantly clear, there has been no evidence put forward to support such claims. Indeed, the vast majority of major news networks continue to call out the Trump’s remarks as being false.

Yet Trump himself doesn’t look like admitting defeat anytime soon, and that’s something that doesn’t sit right with Michelle Obama.

The iconic former First Lady discussed the matter in a post to her Instagram page, detailing her own experiences when it came to leaving the White House so that the Trumps could assume office.

She wrote: “This week, I’ve been reflecting a lot on where I was four years ago. Hillary Clinton had just been dealt a tough loss by a far closer margin than the one we’ve seen this year. I was hurt and disappointed – but the votes had been counted and Donald Trump had won.

The American people had spoken. And one of the great responsibilities of the presidency is to listen when they do.

Michelle continued by stating that she and Barrack did their best to orchestrate a “respectful, seamless transition of power”, just as George Bush had done for them eight years prior.

“I have to be honest and say that none of this was easy for me,” she said. “Donald Trump had spread racist lies about my husband that had put my family in danger. That wasn’t something I was ready to forgive. But I knew that, for the sake of our country, I had to find the strength and maturity to put my anger aside.”

The 56-year-old went on: “Our love of country requires us to respect the results of an election even when we don’t like them or wish it had gone differently – the presidency doesn’t belong to any one individual or any one party. To pretend that it does, to play along with these groundless conspiracy theories – whether for personal or political gain – is to put our country’s health and security in danger. This isn’t a game.“

Indeed it isn’t, and Trump’s refusal to acknowledge Joe Biden’s victory has prompted fears over further problems that could now arise.

“So I want to urge all Americans, especially our nation’s leaders, regardless of party, to honor the electoral process and do your part to encourage a smooth transition of power, just as sitting presidents have done throughout our history,” Michelle finished.

The former FLOTUS’ comments echo her husband, who himself called for Trump to concede over the weekend.

What do you think? Hasn’t Trump’s denial gone on long enough? Let us know your thoughts in the comments box below.

Meanwhile, share this article on Facebook if you’re praying that America can go forward as one following this election.