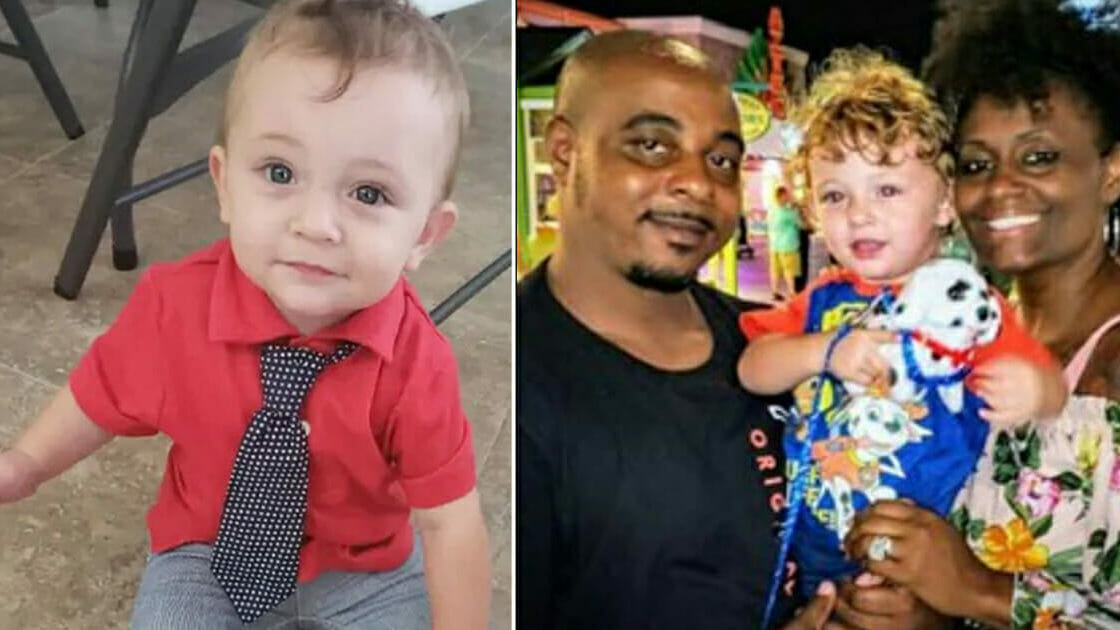 When Keia Jones-Baldwin and Richardo Baldwin fell in love with each other, they knew from early on that they wanted to grow their family by having a baby.

Keia already had one biological daughter, 16-year-old Zariyah, from a previous relationship, but Richardo hadn’t yet experienced the joy of bringing a baby into the world.

Only, for the couple, who have been together for 14 years now, adding another little one to their pack proved more difficult than they would have anticipated.

Heartbreakingly, Keia and Richardo went through several miscarriages. They eventually turned to a fertility specialist, but after years that included dollars spent, fertility drugs taken, and failed IVF attempts, there was still no baby on the horizon.

The pair were, naturally, devastated. Keia told Love What Matters: “I became bitter and depressed because I wanted nothing more than to have a baby with my husband and give our daughter a sibling.“

As Keia says, though, God had different plans for them. Neither she nor Richardo had considered adoption in the beginning, but they did talk to one another about foster care.

Through an agency in their city, Crossnore School and Children’s home, they were given the chance to foster a child. Then they met 11-year-old Karleigh, a school-friend of Zariyah’s, and everything changed.

“Personally, I didn’t know if I could love another child who was not biologically mine the way I loved Zariyah and that just wouldn’t have been fair to any child,” she told Love What Matters.

“However, my heart immediately opened up to Karleigh and I felt like I was meant to be her mother! I felt that same love and bond for Karleigh as I felt for Zariyah and knew from that moment, adoption was an option.“

More placements followed, some of them leading to reunifications. Then, one day, Keia and Richardo received a call from their foster care supervisor about a newborn baby in NICU that needed someone to do skin to skin with him.

As Keia explained: “We had no identifying information about the baby other than he was a male, his name, and the hospital he was in.

“Upon arriving at the hospital, I saw so many beautiful babies in the NICU and wondered which black or brown baby they were going to pair me with.

“The nurse ushered me over to this small little 2-pound white baby boy, who was also beautiful I might add! Initially, I thought to myself, ‘Are they serious. Is this a joke?’ but then my motherly instincts kicked in!“

When little baby Princeton grew strong enough to leave the hospital, he went home with Keia to a home where he was loved, nurtured and cared for. Keia and Richardo didn’t care one bit that he was white.

Unfortunately, though, others did.

She said: “I would have never thought my son being white would cause so much judgment, ridicule, backlash, and downright hatred and racism.”

“We’ve had the police called on us several times when he was an infant because they thought we’d kidnapped him. Once, in a grocery store, an older white gentleman came up to my son and I while he was sitting in the shopping cart and started recording and taking pictures.

“I asked him what he was doing and to stop immediately. He explained to me that he was going to take this ‘evidence’ to security because I had ‘obviously stolen’ someone’s baby.”

They’ve also faced judgement from their other children’s teachers. Princeton’s sisters have been asked if he is “really” their brother, while Keia and Richardo have been almost locked in restaurants before as staff thought Princeton had been kidnapped.

Fortunately, this set of loving parents aren’t about to buckle under any sort of societal pressure.

“All of these types of incidents are very hurtful, but not once in my mind or in my heart did I feel as if Princeton didn’t belong to me,” Keia told Love What Matters. “I will always choose him! I have never been scared to fight a battle that God has ordained me to fight, because those battles I know I will win!

“I’ll never say that fostering and adoption is easy or a cakewalk because it’s not. It’s filled with ups and downs, disappointments, proud moments. Sadness, happiness, weakness, and strength.

“The day we bought Princeton home from the hospital was the day our lives changed for the better! Being his mother is one of the best decisions I’ve ever made. I’m stronger, wiser, kinder, and definitely more patient.”

The Seattle Times reported that in 2004, just 8% of white children in public custody were adopted by black or interracial couples, according to statistics.

As Keia states, education is the key to breaking down the barriers of racism, prejudice and stereotypes.

The fact that Princeton is white makes no matter whatsoever; the important thing is that he’ll grow up in a family that loves him dearly.

Keia and Richardo, we couldn’t be prouder of you and what you’ve done in adopting.

Share this article if you, too, want to spread their great work!