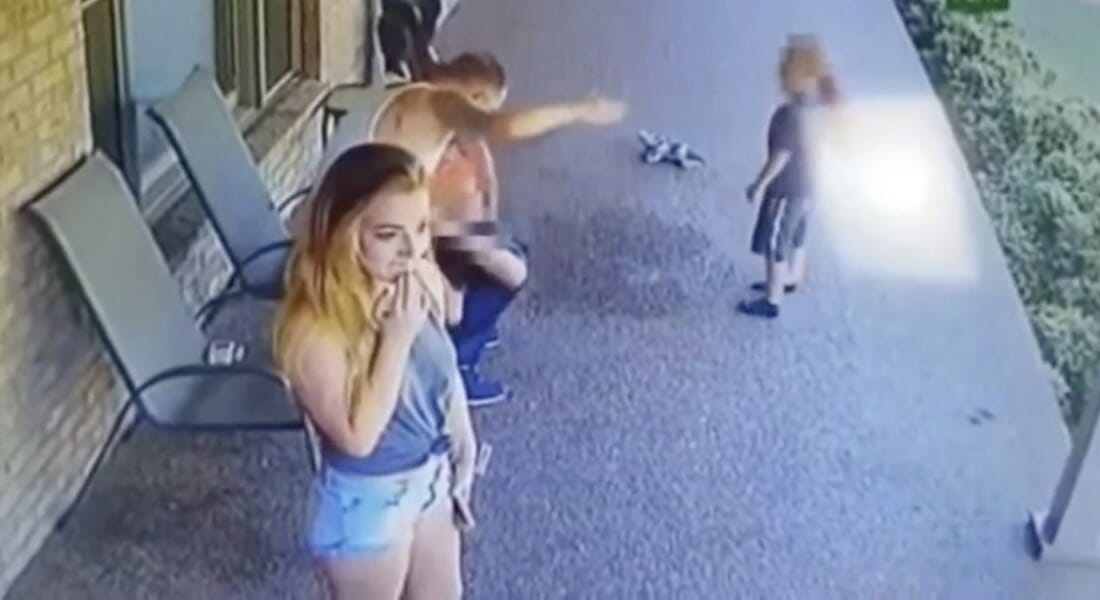 No matter the reason, no matter the situation, there is simply never an excuse for physically abusing a child.

Those who aim to oversee their children with fear need to be stopped; those who discipline their offspring with their hands need to face consequences.

Nia Snow, mom to 6-year-old Damien, knew something had to be done when she witnessed the boy’s father, Randy Dickens, spank him for bad behavior in school.

Snow was afraid, however. She wanted proof of Randy’s actions before she reported him to the authorities, and was concerned by the fact that he legally carries a handgun.

When Nia Snow saw her partner, Randy Dickens, physically abusing their son Damien, she hatched a plan to get the evidence she needed.

“It’s the most heartbreaking thing I’ve ever seen in my life,” she said, as per Fox17.

But, distressed as she may have been, she managed to maintain the resolve to catch Randy in the act, by filming him beating their son for misbehaving.

“The whole time it was happening, he was screaming my name.”

Nia said she wanted to step in and stop the assault, but was afraid to confront Randy in the moment.

6-year-old Damien ran away from his father, into his playroom, but Randy followed him in and began to kick and hit him again.

Snow then slipped away to call 911, before asking Randy to go and get groceries so that he wouldn’t have a chance to destroy any evidence before the police came.

“I tried to do things the right way. I did what the police told me to do, and I didn’t want nobody getting shot, and I knew that’s what would’ve happened, so I tried to be smart,” she explained.

Dickens turned himself into authorities last Monday morning, and was charged with child abuse and neglect. He was later released on bond.

Child abuse has no place in the world and needs to be snuffed out wherever it rears its ugly head.

If you agree that children have a right to grow up unmolested and free of pain, share this article on Facebook!