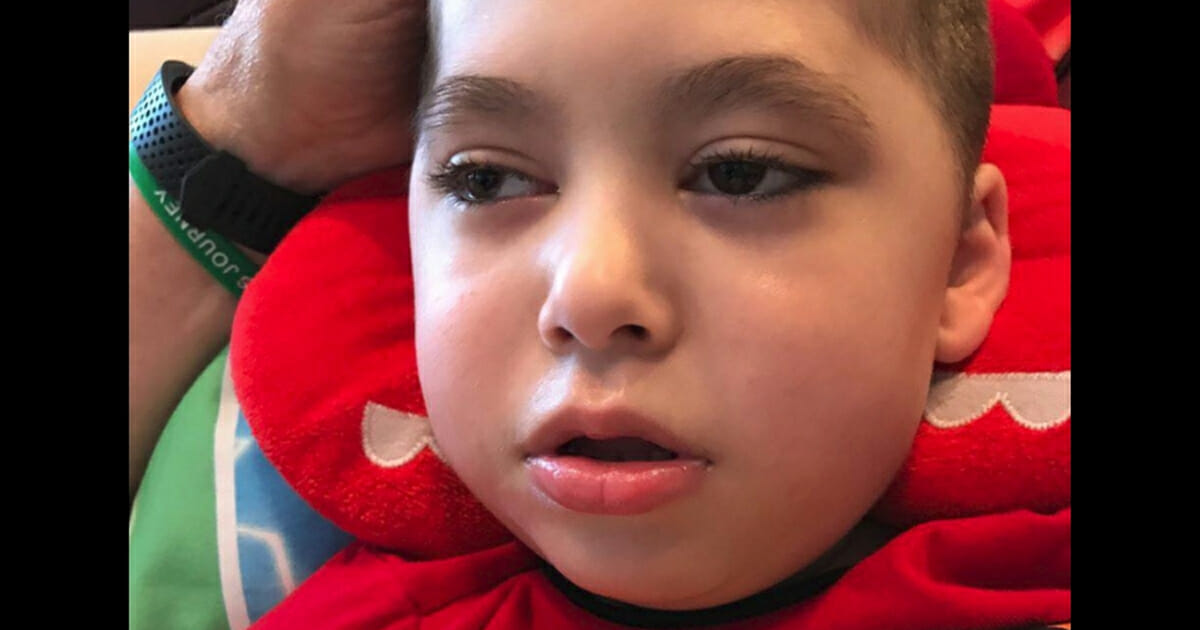 You simply never know how much time you’ve got left with someone.

It’s a tragic reality of our existence, but one that’s observed all over the world every day.

When Anthony Capece was 8-months-old, his mother, Danielle, noticed that he was different. He didn’t act all that strangely compared to other children; didn’t cry more or complain or anything like that. However, Danielle began to observe that he was struggling to do things other toddlers managed with ease. Things like sitting up, for example.

It wasn’t until 2013, when Anthony suffered a seizure, that physicians were able to give his mom a diagnosis that would change her and her partner’s lives forever …

To mom Danielle, little Anthony was every bit the son she had dreamed of having.

“He was the son any mom would wish for and that anyone would say ‘parenting is so easy!’” she wrote, as part of a GoFundMe campaign.

“He was so good with a passive behavior and so alert with a smile that would light up the room.”

Physicians initially struggled to diagnose Anthony, but when he suffered multiple seizures on April 23, 2016, they finally had something strong to work with.

It transpired that the little boy had MELAS syndrome, a rare genetic condition with can result in strokes and dementia. As per the U.S. National Library of Medicine’s Genetic Home Reference, sufferers “experience stroke-like episodes. Repeated stroke-like episodes can progressively damage the brain, leading to vision loss, problems with movement, and a loss of intellectual function (dementia).”

Sadly, that’s what happened to Anthony. By the time he was 5-years-old, his symptoms were so severe that it cost $350,000 a week for Philadelphia Children’s Hospital to care for him.

Danielle and her husband, Anthony Sr., started a fundraiser with a $1million goal. Little Anthony’s dad quit his job in construction to become a full-time carer, while Danielle worked hard as a teacher to contribute to the cost of his medical care.

“I want my son to live and have a lifespan longer than 15 years of age,” said Danielle at the time.

Tragically, that was not to be.

“He was very weak,” his father said. “We could tell the disease had taken its ultimate toll on him.”

Instead of pursuing further treatment, his family took him home and Danielle was able to cradle him in his final moments. “I held his head and told him it’s OK,” she explained.

“It’s OK to give up. Say goodbye to mommy,” she told him.

And that’s what Anthony did. Following his mom’s instruction, the boy stopped breathing and passed away peacefully.

Though heartbreaking, Anthony’s story can serve as a reminder to us all that we should never take our loved ones for granted. Things can change in the blink of an eye, and so it’s vital that you love strongly and always find it in your heart to forgive.

Our thoughts and prayers are with brave Anthony’s family.

If you hate illnesses that cut the lives of innocent children short, share this article to show your support!