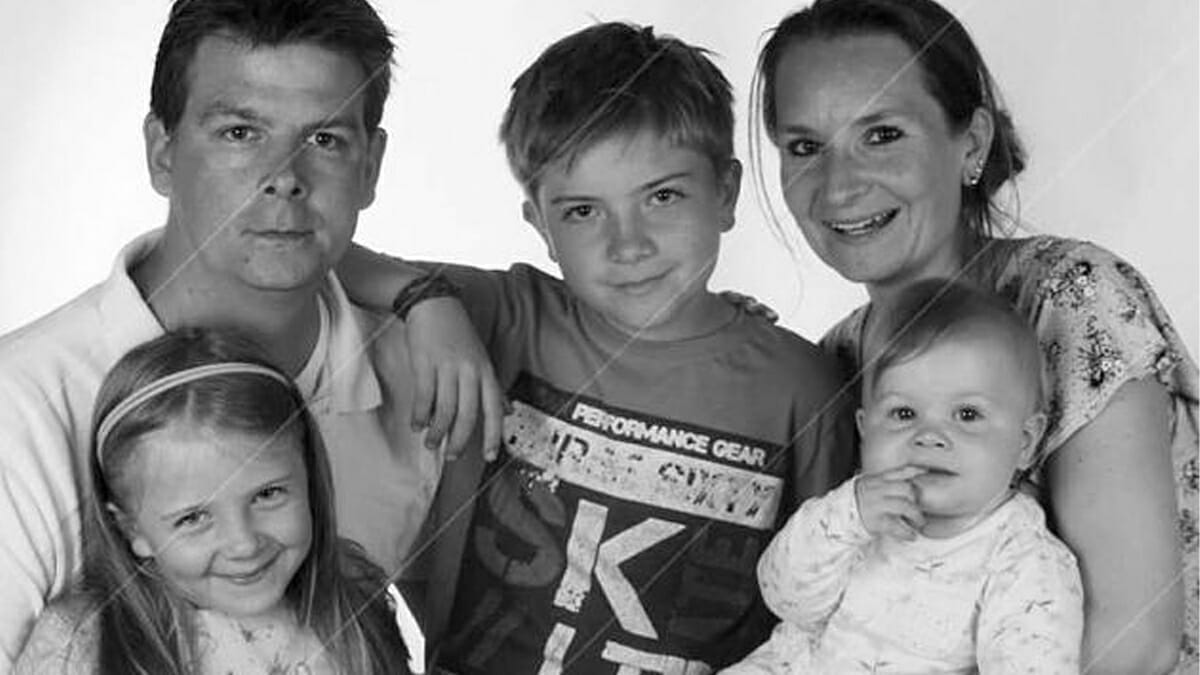 The fact that families have to suffer when one of their loved ones is diagnosed with cancer is, simply, heartbreaking.

When more than one member of the same family is afflicted with this horrible disease it must produce a pain I can barely fathom.

Spare a thought, then, for the Ewald family, of Germany, who are going through the unimaginable.

Mom Stefanie and her husband Sebastian built a wonderful family with three children, Jonas, 10, Neele, 6, and Lenja, 1. Things were going well for them, until cancer reared its ugly head … affecting almost the entire family.

As per reports, both Jonas and Neele suffer from rare Li-Fraumeni syndrome, a genetic defect that predisposes its carriers to cancer development.

Sadly, the defect caused Jonas to develop a brain tumor aged just 10 years old. He died, surrounded by his family, on December 29, 2019.

Not only that, but dad Sebastian has late-stage lung cancer that has spread to other parts of his body. The whole family is rallying to support the father in his fight, but it’s not helped by the fact his daughter, Neele, has a cancerous tumor in her thigh. The 6-year-old is currently undergoing chemotherapy.

And yet, in a cruel twist of fate, mom Stefanie has also been forced to engage in her own war after being diagnosed with breast cancer.

Stefanie’s mother died of the same cancer, and Stefanie herself was given the bad news after a biopsy in February.

According to reports, Stefanie’s cancer is aggressive. Speaking to stadtlandmama.de, the mom revealed her biggest fear:

“Mothers are not afraid of death. Her biggest fear is to leave her children. Because they know that nobody will love them as much as they do themselves.”

Surgery and the ongoing fight

Stefanie had surgery on Wednesday last week and was set to begin chemotherapy the very next day.

“I’m trying to regulate as much as possible about the girls now. Where they go after I die. The girls didn’t deserve all that.”

This whole family need all the love and prayers they can get at this terrible time. On her Instagram page, the mom-of-three explained how she was grateful for all the support and sympathy her family has received.

For families lucky enough not to have experienced cancer before, it’s difficult to understand the strength and energy it takes not to break.

We’re wishing Stefanie, Sebastian, Neele and Lenja all the very best in the future.