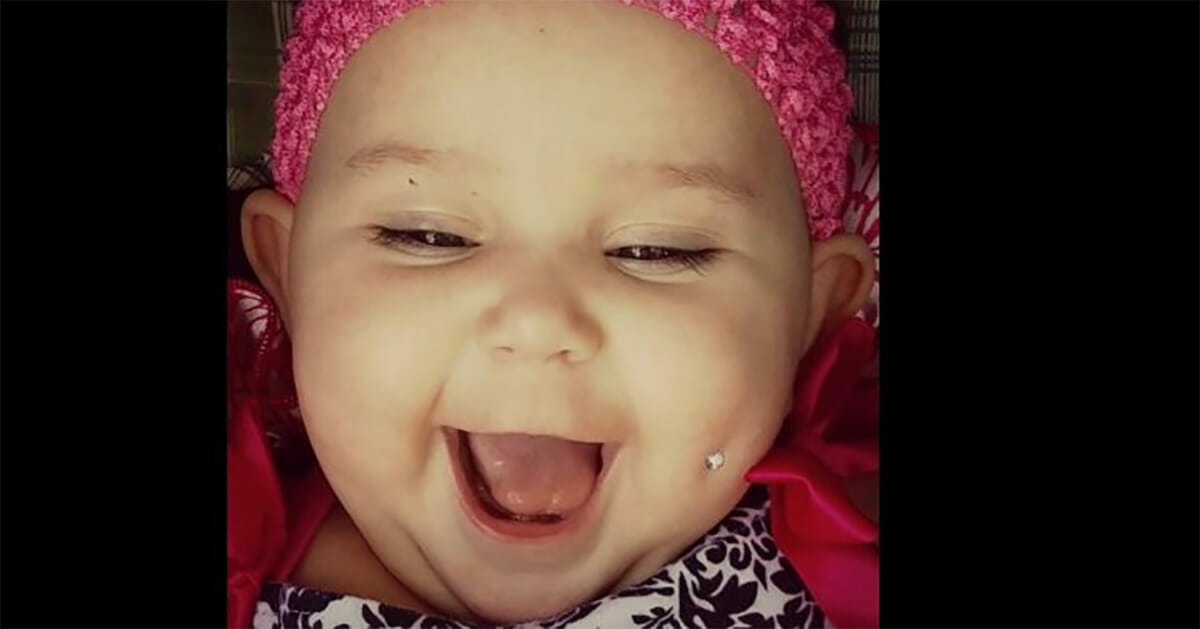 As parents we all love to brag about our children and post cute pictures on social media to share with our family and friends.

Mom Enedina Vance was no exception and when her sixth child and daughter was born she liked to document her cuteness on Facebook.

In July 2017 she posted a picture of her baby girl which sent the internet into a rage, but all wasn’t what it seemed as Enedina wanted to get an important point across.

The Ohio mom posted a picture of her six-month-old daughter with a silver stud in her cheek with the caption: “So I got the baby girl’s dimple pierced!! It looks so cute right?!! I just know she’s gonna love it.

“She’ll thank me when she’s older lol. If she decided she doesn’t like it, she can just take it out no big deal.”

She was met with a barrage of angry comments and Enedina got accused of abusing her child and even received death threats, according to Little Things.

But this mom was defiant saying: “She’s my child. I will do whatever I want. I make all of her decisions until shes 18. I made her, I own her.”

And in response to those who accused her of abusing her child she wrote: “It’s not abuse, if it was abuse it would be illegal, but it’s not. People pierce their babies every day, this is no different.”

What many didn’t notice was the hashtag at the end of the post which read Sarcasm.

The piercing was fake and Enedina had posted the image to make a point about body alterations in kids.

She was particularly focusing on piercings and circumcision, something that around 58 percent of baby boys experience at birth in the U.S., according to a survey from 2010, reported by Baby Center.

She said that altering a child’s body simply for aesthetic reasons was wrong asking: “Why are ear piercings and genital cutting so popular?”

Find out more about the strong reaction to Enedina’s post in the clip below.

What do you think about the point Enedina is making? Feel free to share your comments on our Facebook page.