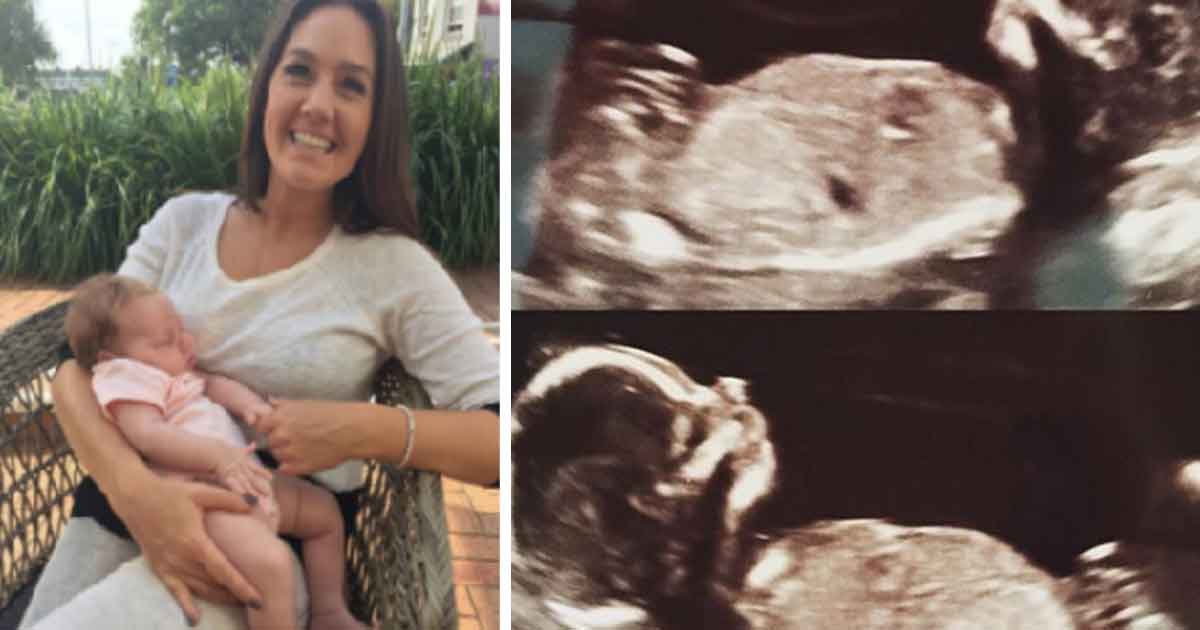 Eliza and husband Ben, like most other parents, were overwhelmed by the prospect of having their first child together.

Their little girl Charlie was born healthy and well – life was like a bouquet of flowers for the new family of three.

Just a few short weeks later, however, Eliza began to feel strange. She developed symptoms she hadn’t expected, including vomiting, and knew in herself that something was wrong.

Her and Ben went back to the hospital as a result, wanting to investigate just what could be the problem.

It was there, after doctors had given her an ultrasound examination, that the incredible truth was revealed to all …

Meet Eliza Curby. She and her boyfriend Ben had only been in a serious relationship for around three months when their lives were changed forever.

Eliza was pregnant! Both of them dreamed of forming a family, and this meant they could start a whole new journey together in life.

Her pregnancy was normal and Eliza felt well. When their beloved daughter Charlie was delivered, they thanked their lucky stars that all had gone to plan. The new family of three went home and began to adjust to life.

Just a few short weeks later, however, something strange happened.

Eliza began to feel unwell. She started vomiting and a weakness took over. She knew herself that not all was right.

The couple decided to go back to the hospital to investigate. Then, out of the blue, doctors returned results from an ultrasound that would throw their lives in a completely new direction.

The ultrasound revealed that Eliza had become pregnant again! And this time with twins! Her stomach just grew and grew and grew …

For all the pregnant mothers of twins who are yet to give birth – I'm telling you now they are easier out than in! This was me at 35 weeks – I couldn't walk from the car to the house (20m) without having to stop at the half way mark for a breather – and I was so exhausted by the time I got inside I had to take 5. I was 35kg heavier than my usual weight, hot as hell and well and truly over it! Standing was uncomfortable, sitting was uncomfortable, laying down – that was uncomfortable and god forbid I dropped something on the floor – it was dead to me. Here's to having my body to myself for the first time in two years … Feels bloody ahhhmazzzzingggg ??#twinpregnancy #twins #twinmom #pregnant #pregnancy #twinpregnancy @pumpthebump

So it was that nine months later, the family went from three to five!

She gave birth to two identical boys, Jack and Wolfe. They were born healthy and without complications.

While Eliza and Ben can enjoy raising children, it’s great that little Charlie has two young brothers to look after.

Rock climbing with the crew – The Weapon at his finest ??

“Her hobbies include head butting them in an attempt to ‘give them a kiss’,” Eliza explained via News.com.au.

We’re sure you’ll agree Eliza and Ben were part of something truly special! Please share if you also think kids are cute.