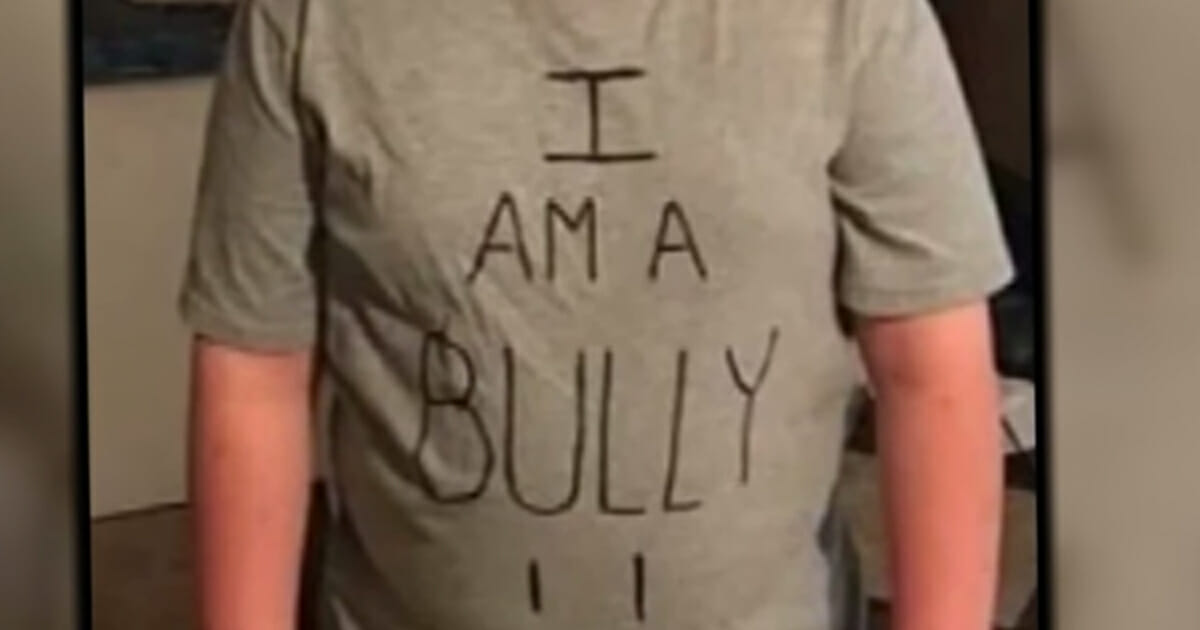 Bullying is an issue abhorred all over the world, but it’s a problem that’s unfortunately ingrained in society.

It’s important to teach children from the earliest of ages that bullying is unacceptable in any form, and it’s a lesson most parents and teachers strive to hammer home.

However, it’s virtually impossible to root it out entirely, so what to do when a child is found to be bullying another? Well, one Texan mom had a rather controversial method of punishing her son after hearing how he’d called other kids in his class “idiots” and “stupid”. The woman, known only as Star, has sent shockwaves around the internet with her choice of admonishment.

As per British newspaper The Daily Star, the mom wanted to stamp out her son’s behavior and, having grown tired of his antics, conjured her own form of rebuke.

She told ABC13 that she was an “old-school parent” who believes in strong morals.

“I don’t coddle my children. I don’t sugar-coat the world to them,” she said.

Instead of simply telling him off, or even ordering him to deliver an apology to the affected kids, Star opted to dress her son in a t-shirt that read “I AM A BULLY”. She then took photos of him before school and uploaded it to Facebook so that everyone could see.

Naturally, her decision has been met with a mixed response. Many people are backing her choice of strong punishment, though others believe she may have crossed the line.

Assuring people that she didn’t upload to Facebook in a bid to embarrass her son, Star told ABC13: “I posted it to reach out to the parents of any of the kids my son may have bullied so that each one of them could get a personal apology.”

She later removed the post after receiving negative backlash, but she still stands by her decision.

“I wanted to know what he learned from it and he said, ‘I learned that I didn’t like the way that that felt and I don’t want anybody else to feel that way because of me. That’s exactly what I wanted him to take from it.”

Experts believe Star’s actions could do more harm than good, but the mom herself claims that her son has already been behaving better.

Star’s actions are certainly controversial, but if her son has improved his behavior then perhaps he’s learnt a lesson all kids need to learn at some point. What do you think? Did Star go too far? Let us know your thoughts in the comments box.

Meanwhile, share this article to show your support for the anti-bullying movement. Together, we can work towards a future where bullying is kept to an absolute minimum.