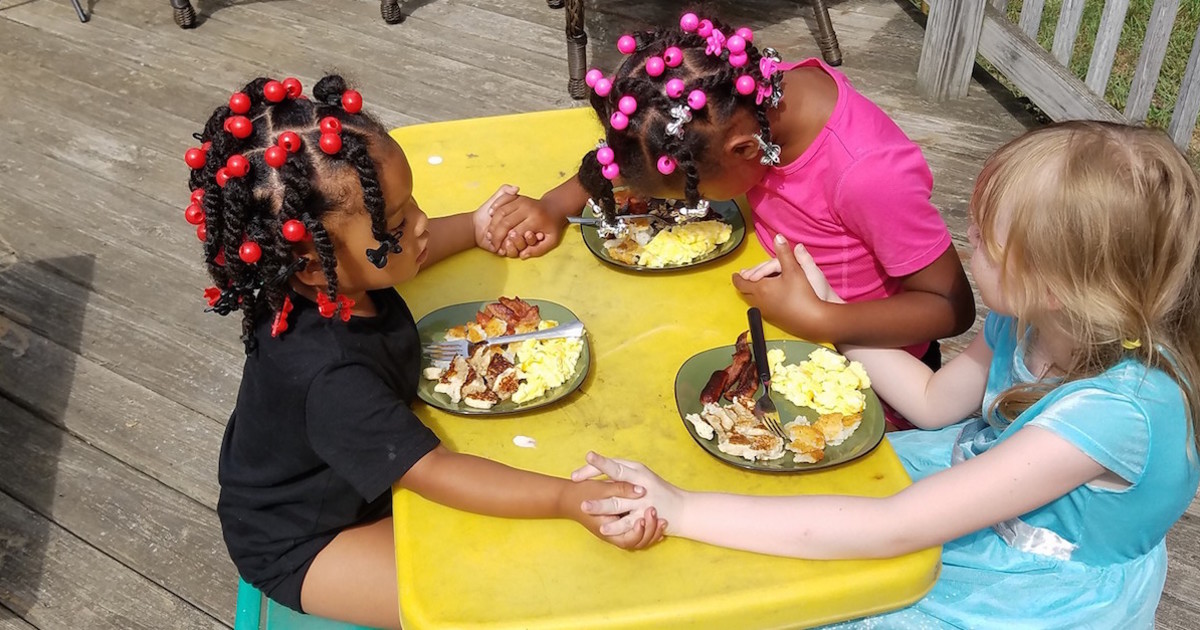 In a world where videos of people twerking, doing silly stunts, or going on rants go viral every day, it’s heartening to see something as simple and as beautiful as a photo of three young girls praying can also capture people’s attention.

It all started when Rutha Andrew served her two daughters and their friend breakfast and then left to get some milk. When Rutha returned a short time later, she saw Oriana, Grace, and Alexis doing something she never expected them to do on their own: pray.

“That’s something that we have taught them to do, but we were always there to do it with them,” Rutha said. “But to see them do it themselves and they’re holding hands, it was like a precious moment that I was like ‘Okay, we need to capture this.'”

The proud mom then posted the photo to Facebook, where it’s received 120,000 likes and more than 122,000 shares. With all of the attention that the media places on differences between people these days, it’s wonderful to see children who look beyond color and see their fellow human beings—and perhaps that’s part of what’s so inspiring about this picture.

Andrew said, “There is a lot of color dividing, there is just a lot of negative things going on and I think this post is just showing that if kids can do it, we can do it.”

Hear from Rutha and the girls about the photo here: