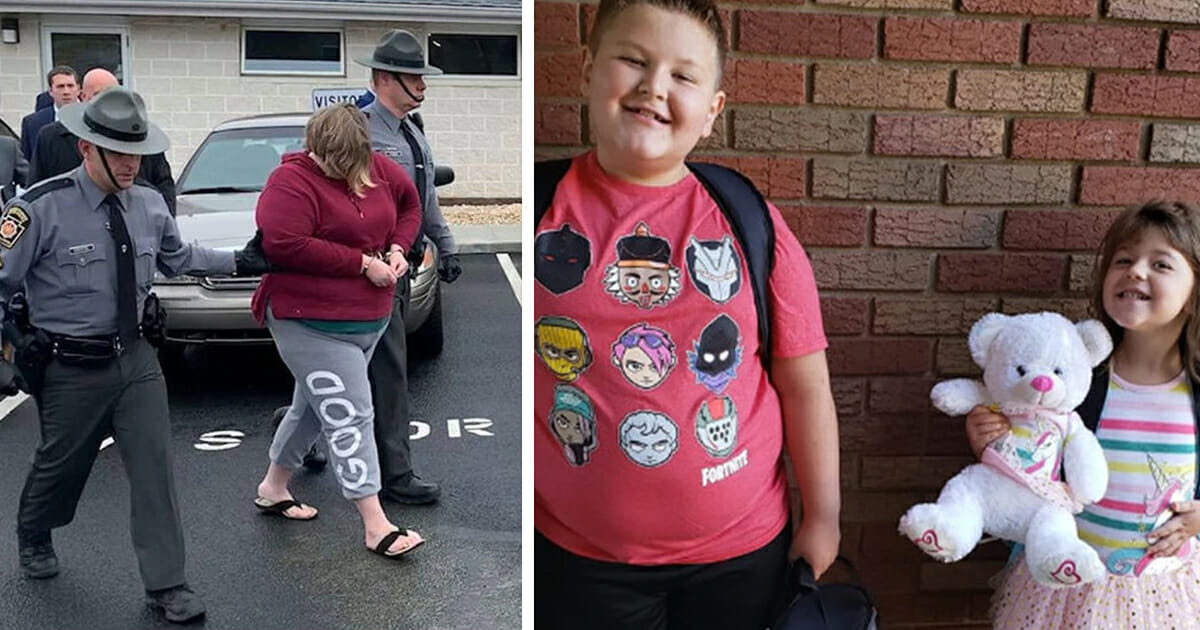 Lisa Snyder, the mom of two kids found hanging in their basement in Pennsylvania, has been charged with their murders, according to reports.

Connor Snyder, 8, and Brinley Snyder, 4, were both discovered on September 23, unresponsive and hanging from the same dog leash.

36-year-old mom Lisa was arrested on Monday at her home in Albany Township, Berks County, Pennsylvania.

As per reports, the leash had been wrapped around the main support beam of the basement and two chairs lay overturned nearby.

Lisa placed a call to 911 on the afternoon of September 23 and first responders found the children hanging in the basement of their home. The children were rushed to Leigh Valley Hospital and placed on life support immediately. Tragically, however, they both died three days later.

Synder is alleged to have told police that her son, Connor, was bullied and committed suicide, while his sister was hanged because Connor didn’t want to go alone.

The New York Post cite the coroner who undertook the autopsies as stating both were inconclusive and more forensic testing is needed to determine the cause of death.

Rest in peace, precious angels, you were taken far too soon.

We can only hope justice is served in this tragic case. Share this article if you hope its swift in coming.