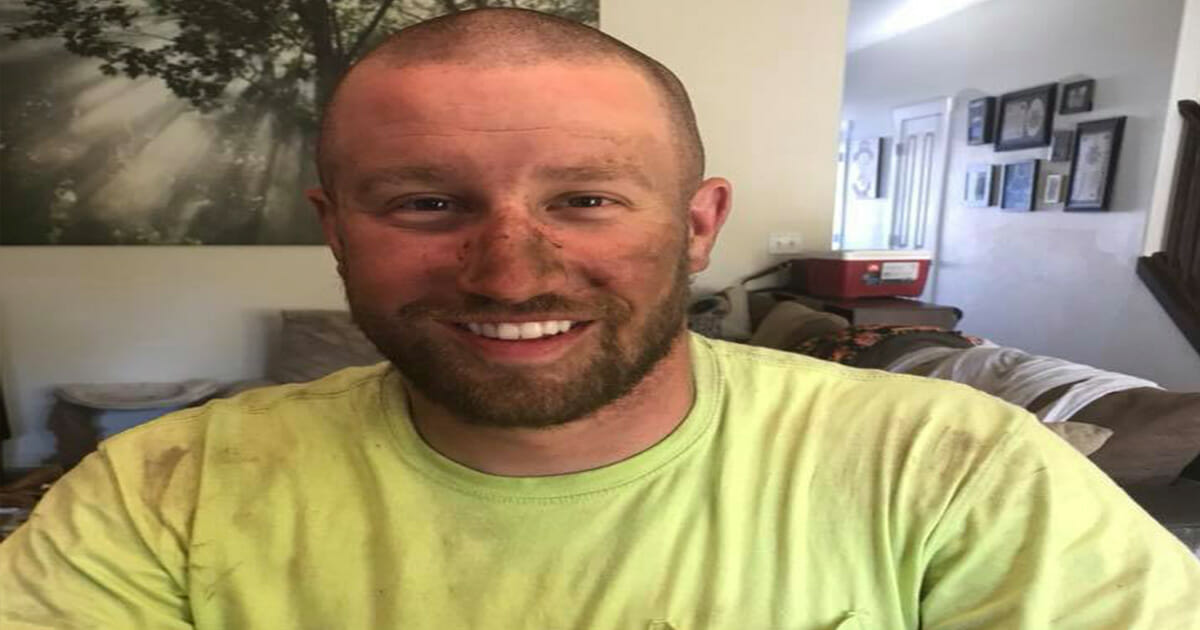 Never judge a book by its cover.

That’s a simple lesson the vast majority of us are taught early on. It’s not really a difficult concept to grasp; simply don’t form opinions or make comments about someone until you truly know them.

I like to believe most parents drum this into their children when they’re young. Though, while that’s what I’d wish for, it’s not the reality. Take the case of Andy Ross, from Vancouver, Washington, who noticed a little girl staring at him one day in the store. The former special operations medic, who now works in construction, was on his way home from the job and therefore had a good deal of dirt on his face.

He thought nothing of the little girl’s curiosity. That was until her mom pointed at him and said: “That is why you need to stay in school.”

Needless to say, Andy was stunned at the comment. He was literally witnessing a mom giving her young daughter a lesson in how not to treat others.

Not prepared to idly stand by, Andy approached the woman and took the opportunity not only to introduce himself, but also to teach her a lesson she hopefully won’t soon forget.

Andy explained a bit about himself and how after leaving the armed services he didn’t feel comfortable taking a desk job. Instead, he opted to work outside, which obviously involves getting your hands dirty from time to time. He then left the pair with a resounding statement: “Have a good day and try not to judge people before you know anything about them. Good luck with her little girl.”

So I had a very interesting “educational” conversation with a woman and her daughter today. As I entered the store…

Following his encounter, Andy took to Facebook to post about the incident. At the bottom of his post he wrote down eight lessons, and we certainly feel they’re worth sharing.

Here’s what Andy looks like without the dirt. Safe to say he scrubs up quite well:

Remember, when children are in their formative years they’re far more likely to swallow almost every lesson their parents teach them. Acting like this mom did, and basically stating that it’s OK to judge people before you know them, will result only in your child thinking it’s perfectly acceptable to be judgemental.

It’s always important to ensure your children know the basic unspoken laws of decency, so a big well done to Andy for explaining them as he did.

Though this didn’t start out as the most heartwarming of stories, it’s great to see that Andy – rather than acting aggressively or resorting to an argument – took a step back, composed himself and handed out a lesson that will hopefully remain long in the memory.

Do you think Andy reacted brilliantly too? If so, SHARE this article with your friends and family.

Never, ever, judge a book by its cover.