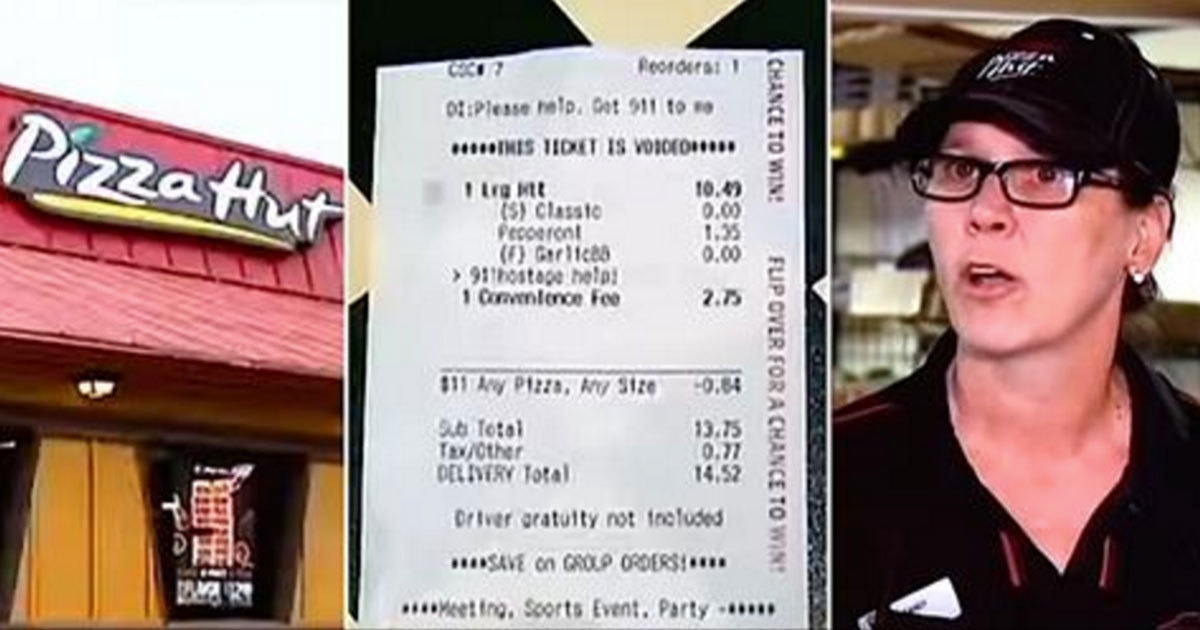 The employees of a Pizza Hut in Florida received a strange message on one of their receipts. But instead of ignoring it, they decided to act—and that decision ended up saving lives.

Although this story starts out sad, I’m glad it ended with everyone safe!

It all began at a family home in Florida. An adult male became enraged and threatened to stab his girlfriend, Cheryl, with a knife.

Cheryl was terrified for both her own and her children’s sake. She and her kids were held hostage for a few chaotic hours before she finally managed to persuade her boyfriend to let her use her cell phone to order some pizza.

Fortunately, Cheryl had enough time to place an order with the Pizza Hut app, where she secretly left a message.

She wrote “911 hostages, help!” in the comment section of the order. The employees saw it, decided to act, and immediately called the police.

Officers arrived on the scene and managed to talk Cheryl’s boyfriend down. They then escorted Cheryl and her children to safety. And thankfully, no one was hurt.

Cheryl’s boyfriend was arrested and put on trial. After the event, the authorities praised Cheryl and the Pizza Hut staff for their swift action.

But even if it’s rare for Pizza Hut to receive messages like this one on their orders, unfortunately, domestic violence is not uncommon. According to the National Coalition Against Domestic Violence, in the United States, “On average, nearly 20 people per minute are physically abused by an intimate partner in the United States. During one year, this equates to more than 10 million women and men.”

At its worst, domestic violence can fatal, but for Cheryl and her children, luck was on her side. Watch a report about the incident here:

Please share Cheryl’s story to pay tribute to her brave and clever way of calling for help!