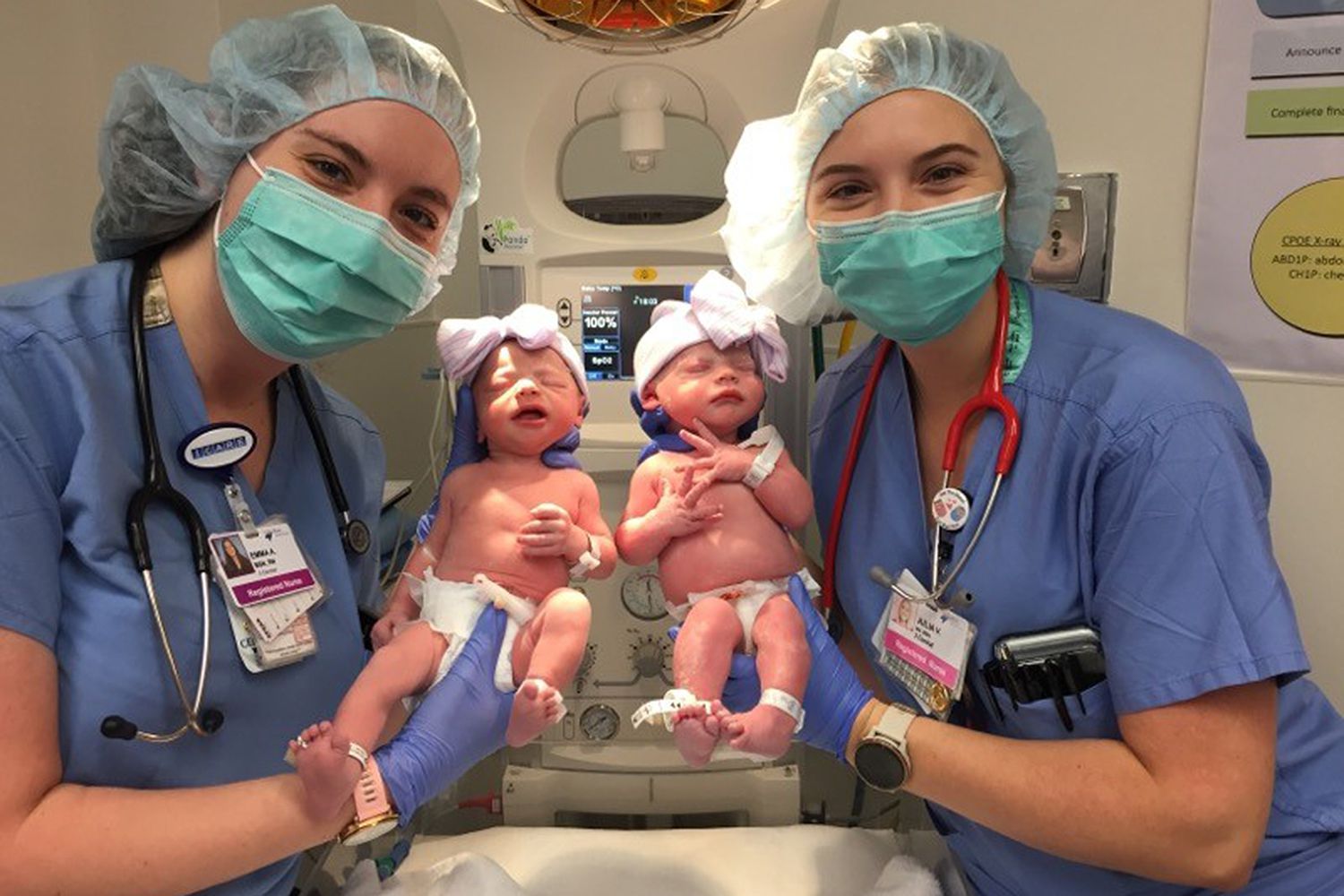 Welcoming a baby into the world is an experience that’s virtually impossible to sum up in words. It’s one of those rare phenomenons that can only be related to by those who have been there and bought the t-shirt themselves.

If you’re a mother or father yourself, you’ll likely know what I’m referring to. The day our son or daughter is born it seems as though all else stands still: the center of your universe shifts, and you instinctively know that life will never be the same again.

Now, all of our experiences in the delivery room differ somewhat. Giving birth, though the most natural thing in the world, can be an exceedingly complicated process, meaning that most all births are unique in their own way.

Yet for mom Lauren Meehan, who recently welcomed twins at Rose Medical Center in Colorado, the actual act of giving birth wasn’t nearly so strange as a certain coincidence she realized just prior to welcoming her babies to the world.

“As we were about to deliver, the team asked me if we had names picked out,” Lauren said, as per PEOPLE.

“We told the room that we loved the names Emma and Julia,” she continued.

“The room all broke out in laughter as the two nurses that would be taking care of my babies were both named Emma and Julia!”

For Lauren, the coincidence was enough to take her mind off of the enormity of what she was about to go through.

“At that moment, in all the chaos, we were able to stop for a second and enjoy that moment knowing that those names were meant to be,” Lauren said.

“This time around, we had another surprise when we found out we were having twin girls. [My doctor] was amazing during all my prenatal care and the birth of these babies!”

Lauren added that her twins had decided to make a quick arrival in the middle of the night.

She explained: “I had so much confidence in all my nurses in triage, L&D, and postpartum and they made our experience what it was. Because of the twins, we had to deliver in the OR with two teams of doctors and nurses.”

Speaking on the birth itself, as per PEOPLE, Lauren revealed that the first of her twins arrived very quickly. Both babies were delivered healthy and happy, to the delight of everyone in the room.

As for the two nurses, meanwhile, Lauren said she will remember them forever.

“Those two nurses will always be special to us and the entire team that took care of us that day with hold a special place in our hearts,” Laura said. “It will be a funny story to tell our girls!”

What a heartwarming story, and what a special coincidence for Lauren and her family to enjoy.