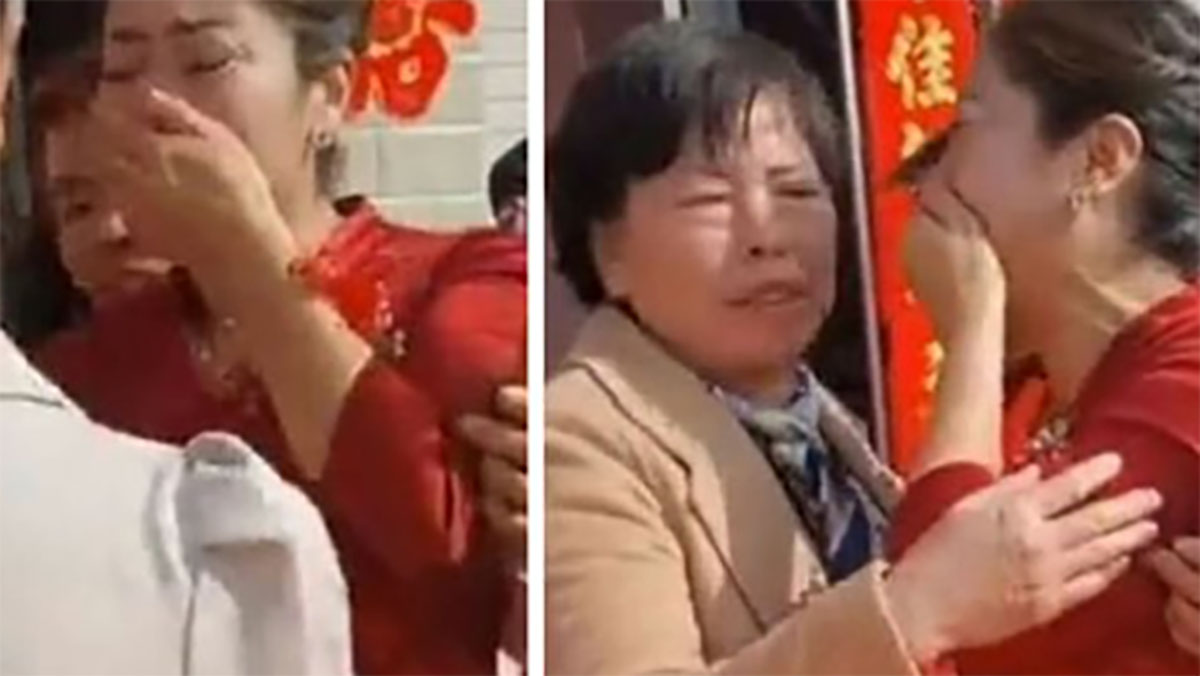 A family was left reeling when a bride discovered she was already related to the groom’s family – on her wedding day.

The groom’s mother was reportedly left in floods of tears after realizing her son was about to marry her long-lost daughter.

She noticed a birthmark on the bride and realized it was the baby she gave up 20 years ago. The extraordinary find happened at a wedding in Suzhou, Jiangsu province in China on March 31, Times Now News reports.

After spotting the distinct mark and recognizing it as similar to the one on her lost daughter’s hand, the woman reportedly approached the bride’s parents and asked if she had been adopted more than 20 years ago.

They said they had found a baby girl by the roadside years ago who they raised as their own daughter.

The long-lost daughter reportedly described the moment of meeting her mom as “happier than the wedding day itself.”

And if you’re wondering how the marriage was able to go ahead after such a discovery it transpired that the woman’s son had been adopted and so the nuptials were allowed to continue.

The woman had adopted a boy after losing all hope of finding her missing daughter. She had searched for her for years but with no success, Oriental Daily reported.

The sobbing bride was said to be ‘relieved’ that her wedding day could continue after discovering it was more of a family union than she could ever have imagined.

I can’t imagine the rollercoaster of emotions these two families must have experienced after such a shocking discovery.

Thank goodness the wedding was still allowed to go ahead. I wish this family every happiness in the future. Please share.