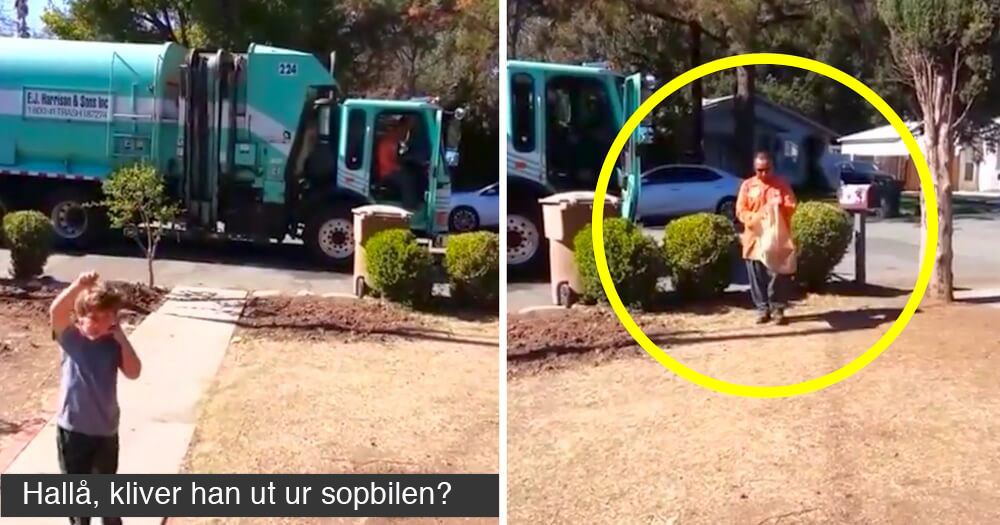 It’s an early Monday morning and just as usual a turqoise garbage truck turns into the driveway. A 5-year old boy named Daniel watches with excitement.

He is autistic and follows the procedure from afar — but this particular morning will be a little different.

This story went viral in 2014 and is starting to make the rounds again — and it’s not hard to see why.

Daniel Mulligan loves to stand and watch the garbage man carrying out his weekly routine in front of the family home in Ojai, California. One morning, Manuel Sanchez drove by in his turquoise truck, instantly becoming a real life superhero in Daniel’s eyes.

“He just loves it. To him, trash pick up is like a symphony,” Daniel’s mother Robin Newberger told the San Francisco Chronicle.

After some time, Daniel even worked up the courage to begin smiling and waving at the garbage man.

“Manuel always has a big smile for Daniel, who is faithfully waiting for him every Monday. To him, trash pickup is like a symphony.”

On this particular day, Sanchez called Daniel’s mom over and asked if he could give Daniel a little present. He walked over to the little boy with a big trash bag in hand. Inside was a toy garbage truck!

Daniel had a similar toy before, but it had broken. Sanchez had got a lot of joy out of the exchange and now he’d made it possible for Daniel to continue playing with his toy truck! Just look how happy he is in the clip below!

“That little boy is so special, and he will steal anybody’s heart as soon as you see him.”

Sanchez payed for the toy with his own money, the firm he works for explains. Sanchez himself would have been happy to stay quiet about the whole thing. What a hero!

Go ahead and share this video to spread a little light today!