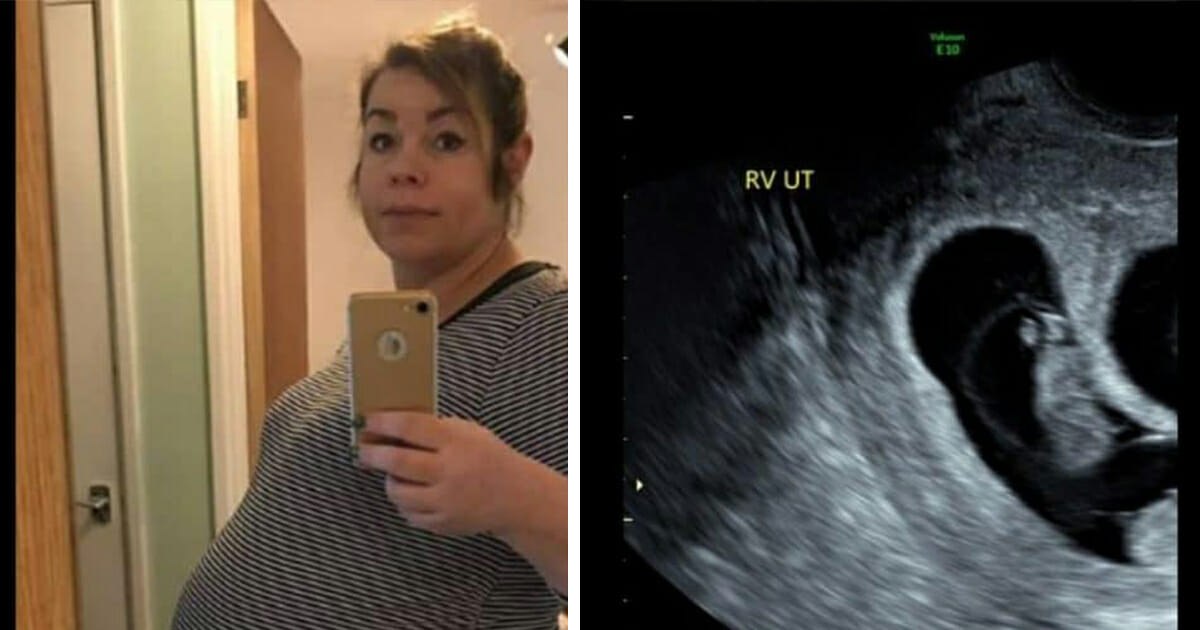 When Beata Bienias and her husband Powell tried and failed to conceive for seven years, they were firm in their belief that it might not ever happen.

It transpired that Beata has polycystic ovarian syndrome, which can make getting pregnant a challenge. What’s more, she was overweight, and so doctors advised her to try and get her weight down. Even after losing 70 pounds, however, nothing changed.

The couple eventually turned to IVF treatment as a last chance. The doctors warned them not to have sex while going through the process, but Beata and Powell made an exception on her birthday.

Low and behold, doctors implanted the embryos and a short time later Beata was told that she was pregnant! Little did she know that she was in for a huge surprise when she went for her sonogram …

Beata and her partner had been praying that at least one of the embryos would survive, but all the same went to the sonogram with trepidation in their hearts.

In turned out that what the technician was about to tell them would change their lives forever. Beata was pregnant alright. Not with one baby, but three!

“We both were in shock and we looked [at] the monitor with disbelief, just wondering who put [three babies] there,” Beata said.

“Straight away I called my mum and then I started crying saying, ‘There’s three inside me.’”

There was an even greater surprise lying around the corner however. Upon closer examination, it became apparent that only one of the embryos had implanted, meaning the twins had been conceived naturally.

Mum falls pregnant via IVF then discovers she was already pregnant with twins, leaving her with 3 babiesA woman who…

Beata said: “This is so ironic after trying for so long, and when we got the treatment we conceived naturally.”

While a rare happening, Beata’s phenomenon isn’t completely unheard of. It’s possible for a woman to conceive naturally while undergoing IVF treatment, whilst simultaneously having an implanted embryo take as well.

Beata gave birth to Amelia, Matylda, and Borys at 34 weeks pregnant, and all three able to leave hospital after just a week.

“It can be difficult and hard, but it’s more than 100 percent worth it,” Beata says.

“I’m tired after a night but when I look into these little faces, it melts my heart.”

Beata, we’re so happy for you! Congratulations to you and your family.

If this story put a smile on your face, share the article on Facebook to spread some joy with family and friends.