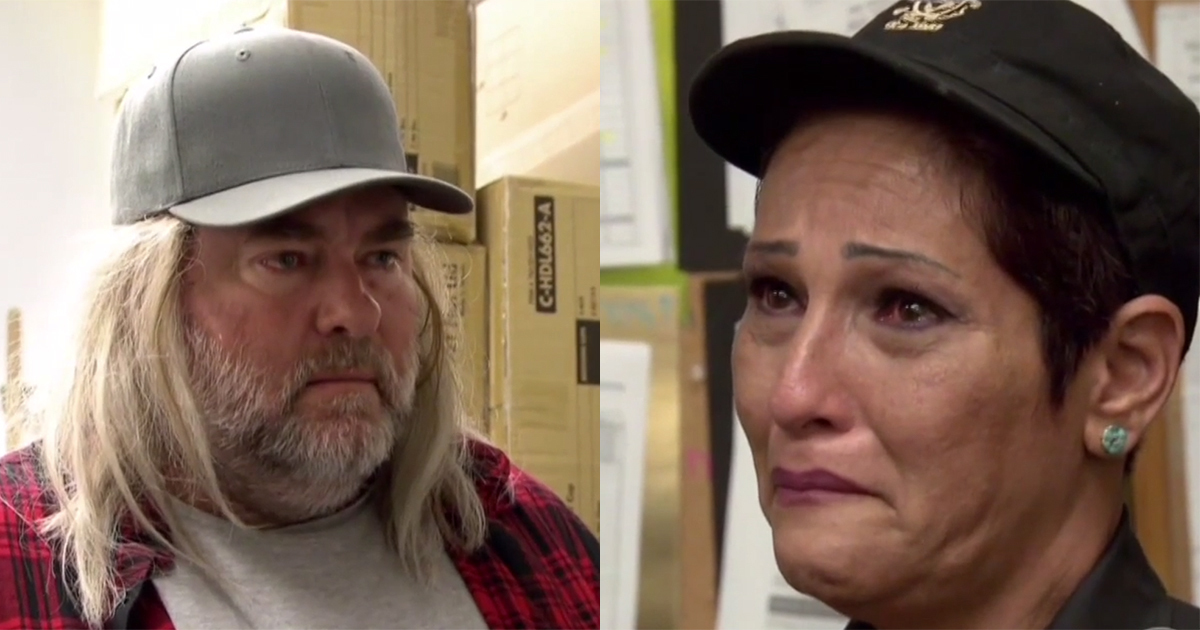 Deanna, a single mother of two, hasn’t had an easy life, but thanks to her job at The Coffee Bean & Tea Leaf, she’s able to provide for herself and her children.

Providing for her children became unxpectedly easier, though, after she was asked to train a new employee. Deanna had no idea that her trainee was actually the CEO of Coffee Bean dressed up as a new hire. Or that he was about to change Deanna’s life forever, writes CBS.

The CEO of Coffee Bean & Tea Leaf, John Fuller, recently disguised himself as a new employee for the TV show “Undercover Boss.” But Deanna had no way of knowing this when she trained him on his first day on the job.

John pretended to be a pretty bad barista, but Deanna showed great patience and calmed her new protégé.

When John got behind on his orders and the line at the counter got backed up, Deanna handed out discount coupons with a smile on her face.

Deanna then opened up to John and told him about her struggles as a single mother of two children. She told him how she had just lost her dad to cancer and that she herself had liver cancer.

After dropping out of high school, Deanna struggled with addiction, but thanks to her job at the Coffee Bean, she’s managed to get back on her feet.

When John asked Deanna why she doesn’t go back and finish high school, she said that she’d rather earn money so her children can go to college in the future. John then took off his diguise and revealed who he really is.

In an emotional moment, John let Deanna know he was giving her $20,000. Then he offered to help her get her high school diploma and even promised her a $10,000 graduation present. But his generosity knows no bounds. He went on to tell Deanna that he had established a $40,000 fund for her children’s college education. Amazing!

This video moved me to tears. Watch it here: