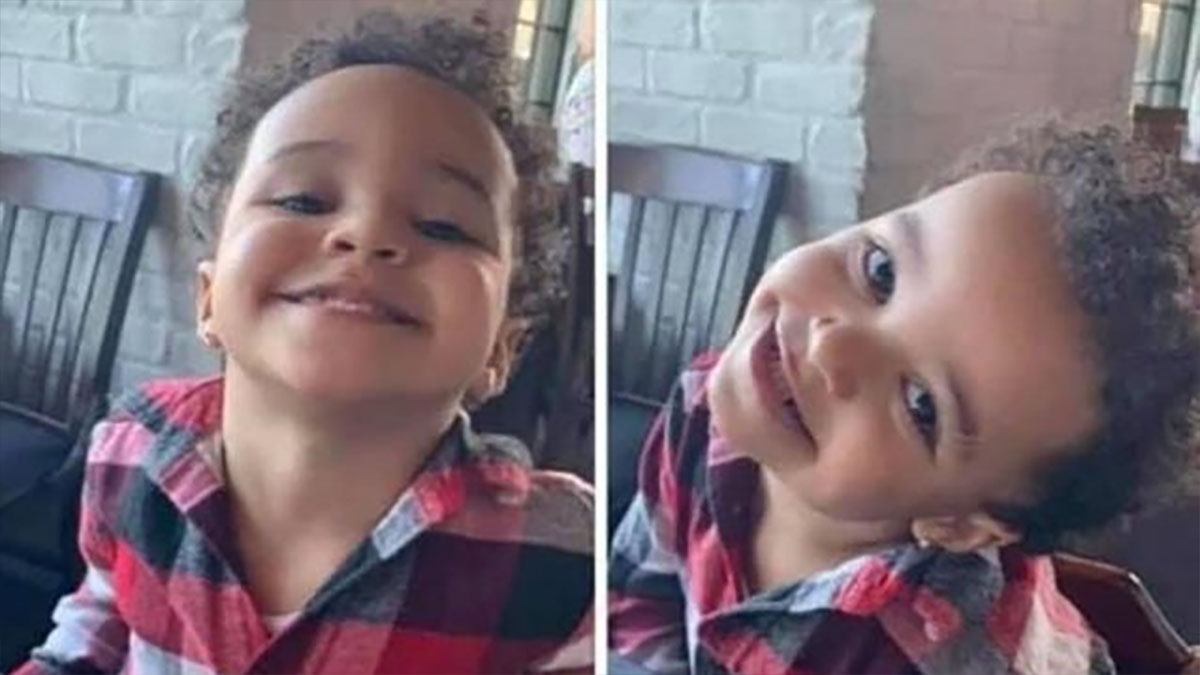 The boyfriend of a woman whose toddler was reported missing and made a TV appeal for his return has been booked for his murder.

Terrell Rhodes was arrested on Tuesday in connection with the disappearance of 2-year-old arrested on a murder charge.

Las Vegas police arrested a man on Tuesday in connection with the disappearance of 2-year-old Amari Nicholson who was reported missing on May 5.

“This case started out as a missing persons investigation, and unfortunately, I’m here to tell you today that it is now a homicide,” said Richard Meyers from the Las Vegas Metropolitan Police Department.

Two-year-old Amari Nicholson was reported missing from the Emerald Suites, in Las Vegas, on May 5.

Meyers said during his arrest, Rhodes “chose to fight with police officers, and during the course of that fight, was briefly able to retrieve an officer’s firearm.”

The incident was deescalated, Meyers said, and Rhodes was taken to the Clark County Detention Center on a murder charge. He’s expected in court on Wednesday morning.

Meyers said there will be additional charges.

Police didn’t confirm the relationship between Rhodes and the boy’s mother Tayler Nicholson and didn’t say if Amari Nicholson’s body had been found.

According to Fox News, Tayler appears to have deleted her Facebook page on Tuesday night after making a post about Amari claiming, “I never knew anything.”

“My baby is gone & is never coming home,” she wrote. “I never knew He [sic] did this he never said anything to me about his involvement. I trusted him and he betrayed me. He took my whole world from me … my son come before anybody!! I never knew anything.”

Last week police appealed for help in locating Amari, saying on Twitter that he could be in “severe emotional distress and in need of medical assistance.”

Family members including Rhodes himself, appealed for information to help find the boy they said was missing.

During the 28-minute KVVU Channel 5 interview published on YouTube, Rhodes crossed his arms, rubbed his face and stammered while he and Tayler appealed for information, as per The Las Vegas Sun.

Meyers urged anyone with information on the case, which remains open and active, to contact CrimeStoppers.

I hope Amari is found and justice is properly served so his devestated family can have some kind of closure in this horrific tragedy.