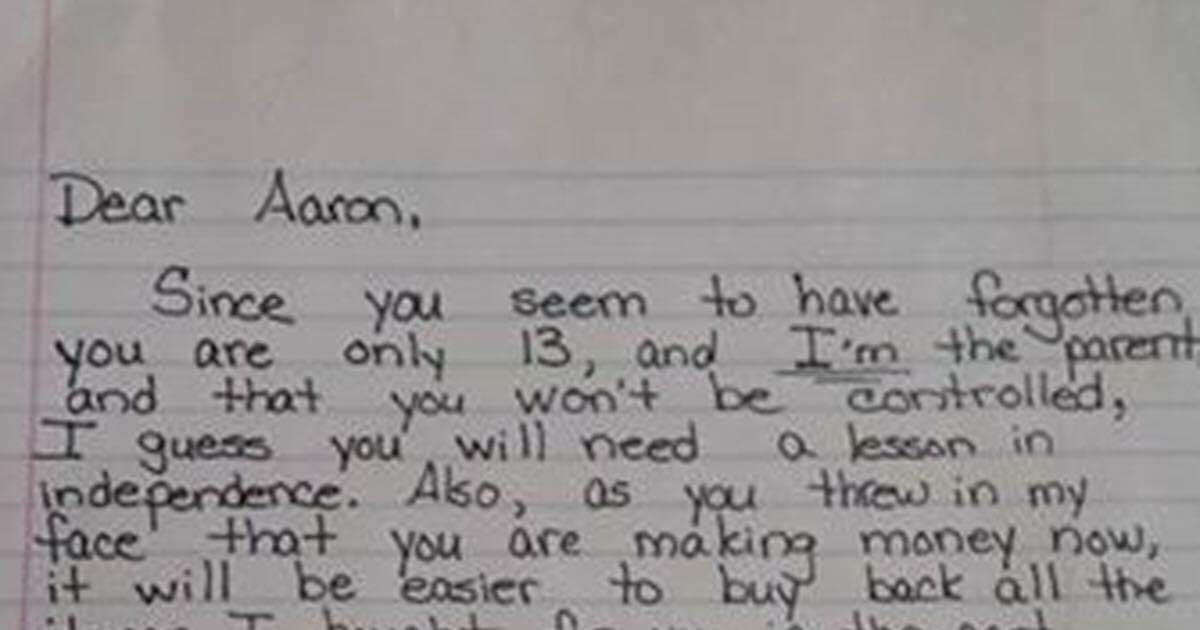 Children. No matter how hard you try, no matter how many times the point is proven, more often than not they think they know everything.

It can be extremely frustrating for a parent to have to continuously deal with this trait, but one mom’s letter to her 13-year-old son – where she addresses the fact he thought it acceptable to make his own rules – has gone viral.

The mom, who goes by the name Estella Havisham on Facebook, felt her teenager needed to learn a lesson. Said lesson soon spread like wildfire online …

When Estella Havisham decided to try and teach her young son a lesson concerning acting his age (literally), she only intended it to be visible to her friends and family on Facebook.

However, what she didn’t know is that the “public” viewing button was active on her account, so her letter was shared quickly. Before she knew it, it had spread all over the world, garnering viral status as people from the four corners of the earth reacted accordingly.

In the letter, her son – named Aaron – was rebuked for trying to be an adult before his time. As per the Huffington Post, Estella was fed up with her 13-year-old trying to make his own rules, and so warned him that if he continued she would begin to give him responsibilities more suited to his desired status.

The fed-up mom stated that he would be expected to stump up his share of the food bill, rent for the house, and any ‘maid service’ she provided, which presumably includes making dinners and doing his washing.

The letter reads: “I guess you will need a lesson in independence. Also, as you threw in my face that you are making money now, it will be easier to buy back all the items IO bought for you in the past. If you would like your lamp/ light bulbs or access to the internet, you will need to pay your share of the costs.”

“Also you will need to empty the trash Mon, Wed & Friday as well as sweep and vacuum those days. You will need to keep your bathroom clean weekly, prepare your own meals and clean up after yourself. If you fail to do so I will charge you a $30 maid fee for every day I have to do it. If you decide you would rather be MY CHILD again instead of a roommate, we can negotiate terms.”

Many posters praised her for her child-raising method, while others thought she was too harsh

Before long, Estella’s letter had received 85,000 likes on Facebook and shared a whopping 160,000 times.

In answer to those who struck out at her ‘shaming’ him online, she followed it up with a response, stating:

“Why publicly shame him? I’m not. It was an accident. I meant to post to just family and friends; and yesterday I couldn’t figure out why I had over 100 friend request. I actually thought maybe my account got hacked or something. Yes, I could take it down, but so many people have already read and seen it at this point.”

Many people on social media were quick to praise her tough stance. What’s more, it appears as though it’s worked.

According to reports, mom and son now have a contract in place to keep Aaron in check, and he’s learned to follow her new rules.

However, the letter seems to have worked, and Heidi and Aaron have established a contract with rules that Aaron actually seems to follow.

“I’m not a bully dictator trying to ‘control’ my child. I am a parent who has every RIGHT to have rules, expectations, and consequences for my child.” 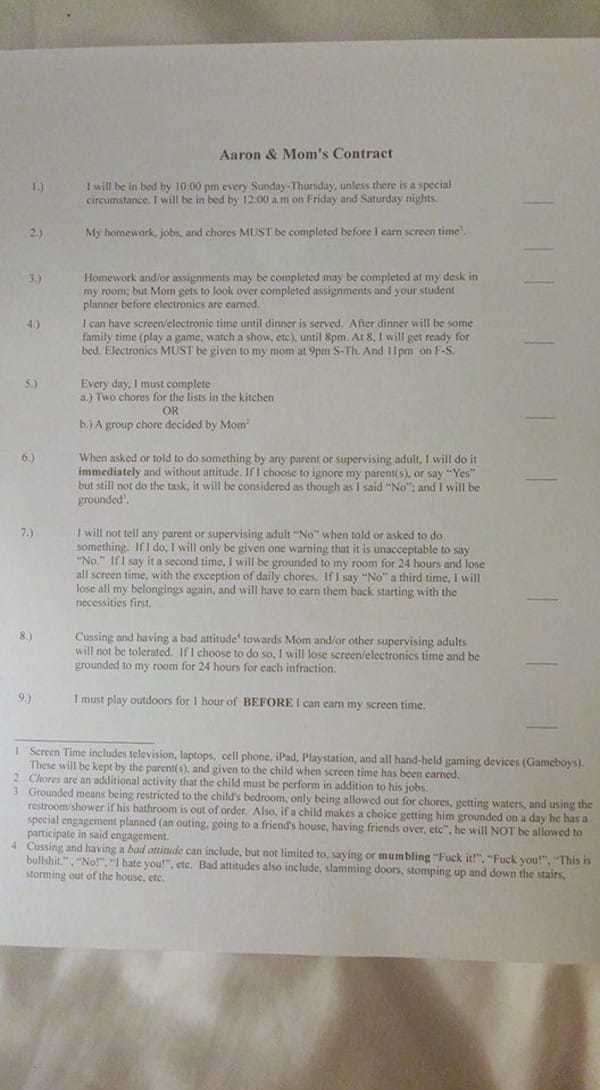 Do you think the mom went too far? Or was she justified in exercising her right to have rules, expectations and consequences for her own child?

Let us know your thoughts in the comments box below. If you believe this was a healthy dose of good parenting, SHARE this article so that her example can be spread further!