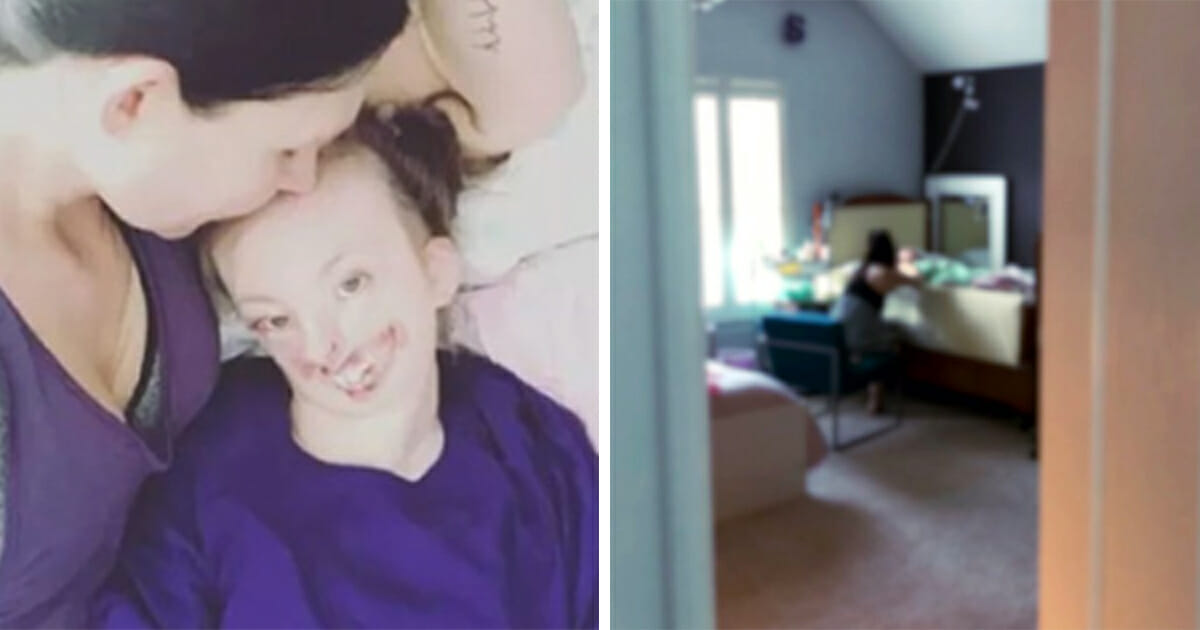 The mother of a disabled daughter who was bullied by trolls for much of her young life has confirmed that her little girl has died, aged 10.

Natalie Weaver, of North Carolina, informed supporters via Twitter that her daughter Sophia had passed away, stating that her death had left the family with a “shattering pain”.

“Our #SweetSophia left this earth last night as she spent every day of her life, surrounded by love & adoration,” she said.

Sophia was born in 2009, with six medical staff in the room.

Her mother, Natalie, was quickly whisked to the side as the doctors checked the deformities of the baby’s face, hands and feet — something they hadn’t seen in the ultrasound.

Little Sophia suffered from Type 1 diabetes and Rett syndrome, which left her with disfigurements to her face, hands and feet.

It was a few hours before Natalie could see and hold her daughter. In an instant love washed over her and the bond of motherhood took over.

“In that moment, it was like, ‘This is my baby. I’m going to fight for her. I’ll do whatever it takes for her, no matter what,” Natalie told Charlotte Observer.

As a result of her condition, Sophia’s family needed to take care of her 24 hours a day. Their daughter required round the clock attention.

For example, when Sophia turned 1, she could no longer sit up or sing the words to simple songs.

Of course, life was hardly easy for Sophia and her relatives – but they found the necessary strength and hope to continue, often in each other.

Unfortunately, the family soon realized how unkind and mean the world can be to people with severe deformities.

Natalie had to defend her daughter from online trolls who used an image of Sophia to further their own pro-eugenics agenda.

Eugenics is a movement infamous Nazi leader Adolf Hitler was a staunch supporter of, one that aims to selectively breed certain types of people while sterilizing others, with the aim of increasing the ‘purity’ of a race.

Sophia endured dozens of hospitalizations during her life; her 29th surgery last year nearly killed her.

Natalie began to realize there was not much left to do. In January, the family turned to hospice care and phased out major medical interventions.

“It was probably the most difficult decision we’ve ever had to make in our lives. I knew I had to listen to her body,” Natalie told People.

But no one thought their daughter would leave the world so soon.

“In my mind we had at least a year,” Natalie Weaver said.

On May 20, this year, however, Natalie posted a troubling tweet to her followers informing them that her daughter had got very sick, very quick.

“#SweetSophia got really sick really quickly and I’m really scared. I know my girl is a fighter and can pull through this. Please keep her in your thoughts and for those with a t-shirt please wear it to keep her heartbeat close to yours,” the tweet read.

Today, the family’s grief is still fresh and raw.

But as a tribute to their strong and courageous girl, Sophia’s family has spent the summer traveling across the country on a trip that was designed to be one of Sophia’s last adventures.

For a month they have visited many different states and spoken about Sophia’s story.

Their most precious cargo on the trip was a photo of their beloved daughter, propped against the windshield.

”We travel West to spread Sophia’s Voice and our mission to encourage support, kindness, love and acceptance towards people like her with facial differences/deformities and profound disabilities,” her family says.

Let’s send all our love and prayers to this beautiful family who found the purest type of love to give to their sweet angel Sophia.

Share this article if you, too, want to show your support.