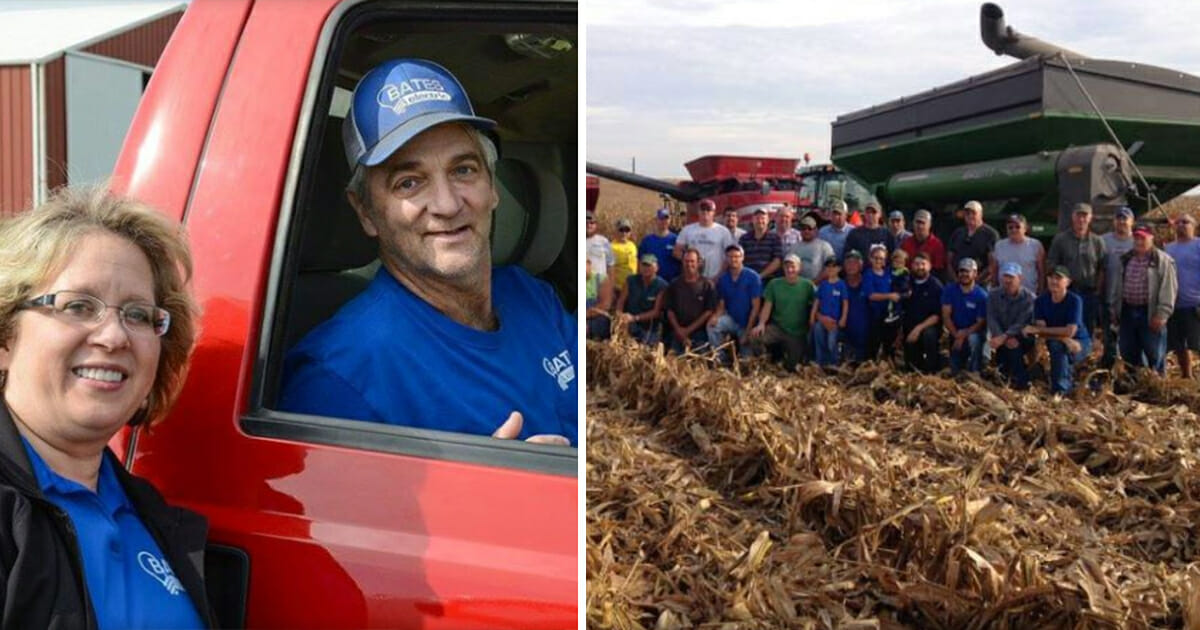 The vast majority of us live our lives receiving regular paychecks that give us a pre-determined amount of money based on an agreed upon amount of work.

In this way can a person know how much money they’re going to be getting and so plan their life accordingly.

Of course, that scenario isn’t true for everyone. Take farmers, for example, who are often at the mercy of a whole host of variables. It’s not only their hard work that dictates how much they have to live on, but other things that rest dangerously close to being out of their hands.

One thing that any farmer needs to do his job is health. It might sound like stating the obvious, but planting, growing and harvesting takes a whole lot of back-breaking work. That in turn means that falling ill can affect a farmer like few others.

Carl Bates of Galva, Illinois realized this when he fell ill with terminal cancer. In fact, the farmer became so sick that he was unable to harvest the crops he had worked to grow.

Now, this story might be a few years old now, but I think the message it sends rings especially true today.

Carl’s family helped to do all manner of things around the farm, but he was the one charged with getting the job done at the end of the day. Now that he had cancer, he was concerned they were going to lose a large portion of their harvest. Given that he was facing mounting medical bills as well, the situation didn’t look good.

With that in mind, the Bates family reluctantly reached out to a few other farmers in town. What they were seeking was a little help. What they got was nothing short of breathtaking.

All told, a small army of farmers showed up to help Carl get the job done.

Jason Bates, Carl’s cousin, said, “With this being a small town, [all of the farmers] talk and word spread.

“We had ten combines, sixteen semis, and around forty people. We ended up with all these people showing up and had to organize.”

After organizing the farmers into groups, Carl, unable to do any work because of his poor health, rode around the farm in his pickup truck encouraging his friends and making sure they understood just what their gesture meant to him.

“With all the kind thoughts and prayers, it’s been very humbling and heartfelt and has meant a lot to the family,” Carl explained.

“It took about ten hours to harvest all 450 acres, which would have otherwise taken us nearly a week. One of the things we’ve noticed is how great it is to see people help each other for a change as opposed to all the bad news stories out there.”

Wow! What an incredible gesture made by a group of hard working individuals who have gone above and beyond.

Share this article to thank these farmers for all that they did for the Bates family!