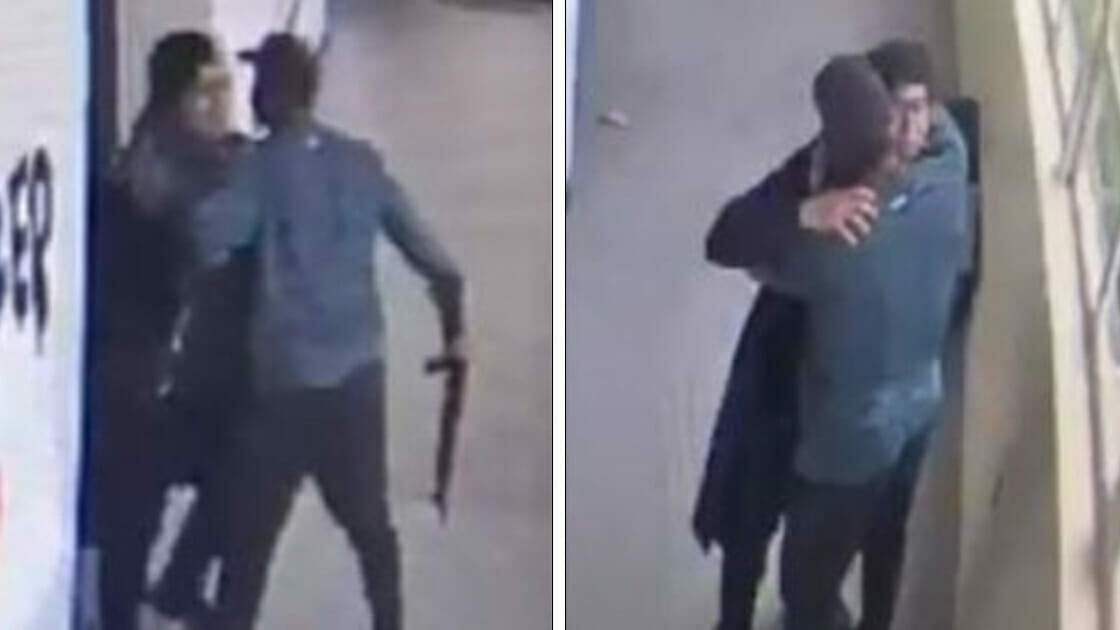 Bravery and courage are traits mostly all people would like to have. Of course, most people would also like to have a bank account containing $1,000,000, but that just isn’t the reality of the world we live in.

The truth of the matter is that we don’t know how we’ll react in certain situations. When the going gets tough we like to think we’d be brave and face whatever comes with courage worthy of a story, but we simply can’t know until if and when the moment arrives.

When the moment arose for former college footballer turned coach Keanon Lowe, he certainly showed his true colours. Stories broke back in May concerning how he stopped a potential school shooting by disarming a would-be assailant.

Now, though, footage has emerged showing Lowe’s actions at Parkose High School in Portland, Oregon, and sheds new light on what actually happened that day.

On May 17 of this year, Lowe found himself face to face with a student holding a shotgun. Not only was the coach was able to wrangle the gun away, but he then proceeded to do something that sets him apart even further.

Instead of turning the gun on the student in an attempt to protect himself, or even angrily admonishing him for what he might have done, Lowe hugged the gunman as he walked him away from the scene.

“In a fraction of a second, I analysed everything really fast, saw the look in his face, looked at his eyes, looked at the gun, I realized it was a real gun and then my instincts just took over,” Lowe explained.

After taking the gun, Lowe then did his best to keep the situation a calm, diffused one.

“He broke down and I just wanted to let him know that I was there for him,” he said.

“I told him I was there to save him. I was there for a reason and that this is a life worth living.”

According to reports, 19-year-old Angel Granados-Diaz was arrested in the aftermath of the incident, and charged with two counts of having a firearm in a public place.

The defence and prosecution both agreed that despite how things looked, Granados-Diaz was on a suicide mission, and had no intention of hurting others.

“The evidence he was at Parkrose High School to commit suicide is overwhelming,” his attorney, Adam Thayne, said in court.

“It is also overwhelming that he was there to hurt himself and nobody else.”

That, of course, makes Lowe’s actions all the more significant. He was able to take charge of the situation in a way that meant no one was hurt. Not only that, but he effectively gave Granados-Diaz a second chance in life.

Granados-Diaz pled guilty to two counts of having a firearm in a public place. He was sentenced to 36 months’ probation, as well as 64 hours community service and mental health and substance misuse treatment.

Thank you, Keanon Lowe. Your bravery and compassion is inspiring, and you most certainly saved at least one life on that fateful day.

Please share this article if you think Lowe deserves high praise for his quick thinking and calm nature under pressure.