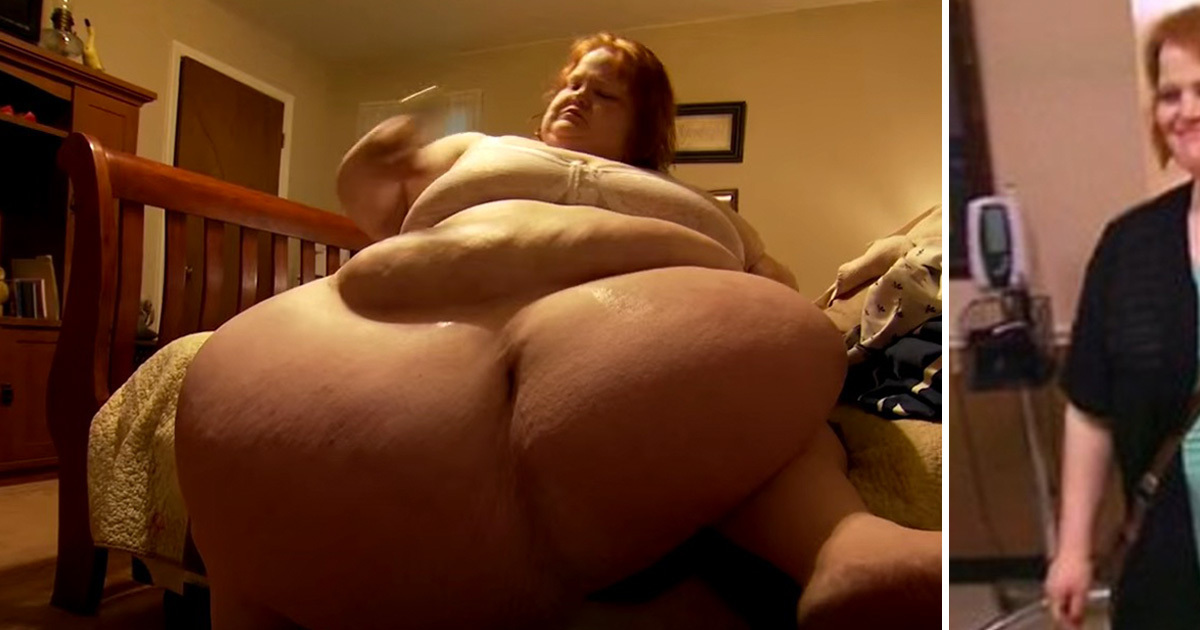 Obesity is a growing problem in the world, including in the United States.

Thirty-four-year-old Nikki Webster from Tennessee had gained so much weight that she could hardly stand up or wash herself anymore. She was a prisoner in her own body and weighed a terrifying 649 lbs (294kg) at her heaviest.

Cable channel TLC first documented her life at the end of 2015.

Now a year and a half later, her transformation is inspiring people around the world.

Nikki admitted to TLC that she is addicted to food.

“My weight is debilitating. My body is so painful, I hate it. But I say this to myself. Food is an addiction to me and my addiction is killing me,” she said.

During the filming, Nikki moved from Little Rock, Arkansas to Texas and got help from a weight-loss surgeon named Dr. Nowzaradan, or “Dr. Now” as he is known.

Nikki’s gastric bypass surgery went well, and in the first year, she lost 207 pounds (93kg). She started working out at a gym with a personal trainer, and she went to a therapist to process her thoughts and uproot the cause of her addiction.

But it wasn’t easy. During her treatment, Nikki suffered a tragedy. Her dear friend Michael also underwent gastric bypass surgery, but didn’t survive.

Michael’s death was hard on Nikki and she struggled to keep up her fight. But then, Dr. Now told her that he could surgically remove her excess stomach skin if she lost more weight.

However, the surgery resulted in internal bleeding and Nikki was forced to go back to the operating room. Thankfully, that surgery was successful and Nikki was able to return home.

After just over two years, Nikki has lost an amazing 455 pounds (206kg) and had 56 lbs (25kg) of skin removed from her body. It has completely changed her life.

Recently, Nikki bought the first pair of jeans that she’s ever owned and she started cycling again for the first time in years. And she recently started dating, writes the Daily Mail.

Now, Nikki weighs 194 pounds (88kg) and lives an active life, which she shares with thousands of inspired followers on her Facebook page.

Many people have been inspired by Nikki’s life story and are happy to meet her in person. Here’s Nikki with some special fans.

I’m so impressed by Nikki’s journey! Food addiction affects millions of people and be quite dangerous. Please share Nikki’s story with your friends if you are also inspired by her journey!