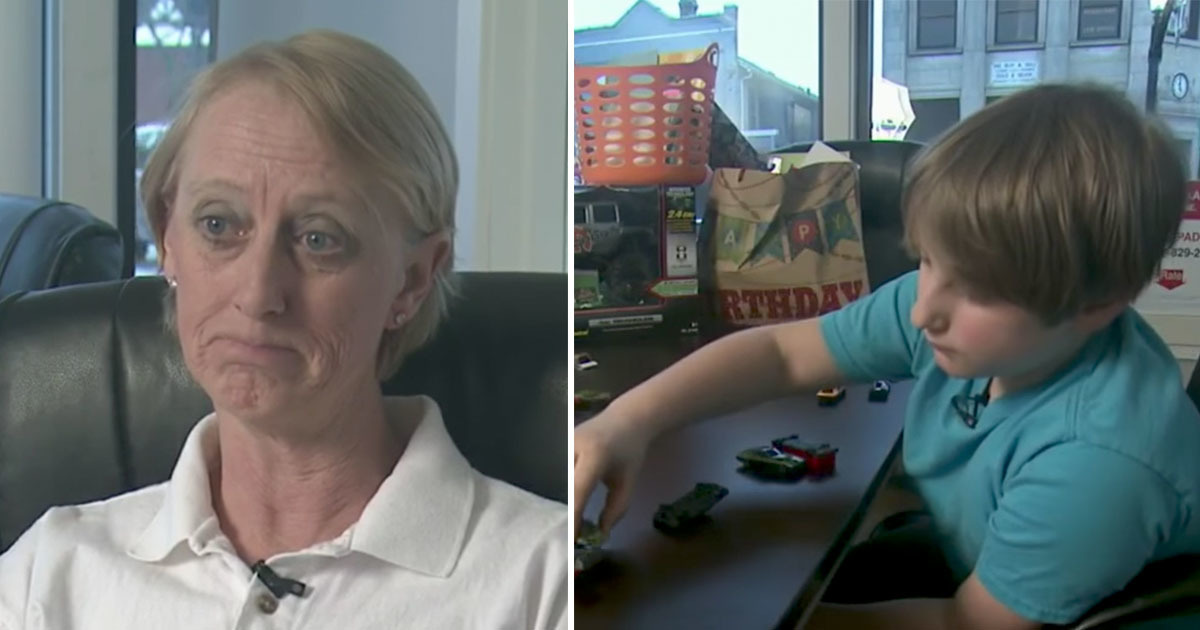 Children’s birthdays are supposed to be filled with joy and and excitement. But imagine if none of your child or grandchild’s classmates showed up to their birthday party…

To see your little one sad and alone on their big day would be heartbreaking. But that’s exactly how Amelia Lara felt when her grandson Gerald was forced to celebrate alone, despite having invited 30 of his classmates.

The heartbreaking event prompted Amelia to do something that the nine-year-old will never forget. And the internet’s reaction to it shows that there are still many, many kind and generous people out there.

When Amelia Lara saw her grandson dressed up and waiting to cut the cake at his ninth birthday celebration, her heart was broken. None of the boy’s 30 invited guests had showed up, and as the clock ticked, there were no signs of anyone coming.

Two hours after her grandson’s party was supposed to start, Amelia accepted the devastating reality and decided to do something so the boy wouldn’t be scarred for life.

Amelia sat down in front of her computer and wrote the following message on Facebook:

“I’m going to vent right now. My grandson who is in second grade and has had at least 5 skull expansion surgeries, is slower then the other kids in his class. However, he is the kindest, most compassionate kid I know. His mother sent 30 invitations to his class. 12 said they were coming.

At, 3 o’clock he made sure his goodie bags were ready for his friends, he was dressed and ready to party.

At 5:00 p.m. he was still sitting there not wanting to cut his cake because one person might show up. When my daughter called the 12 parents to find out what was going on. Here is their response: ‘My child can’t play with yours he is just to different.’

How sad he is nine he just wants to have friends. So no one came, no cards, no presents. So, it is my mission to have as many cards as I can mailed to my little guy. You can send them to me and I’ll make sure he gets them… this breaks my heart.”

Amelia Lara then shared her address so people could send Gerald birthday greetings.

Thousands of people from around the world responded to Amelia’s request and sent cards and presents to cheer up her grandson. Gerald was, needless to say, overjoyed.

What a wonderful birthday after all! Please share this story if you also think that grandmas are the best.