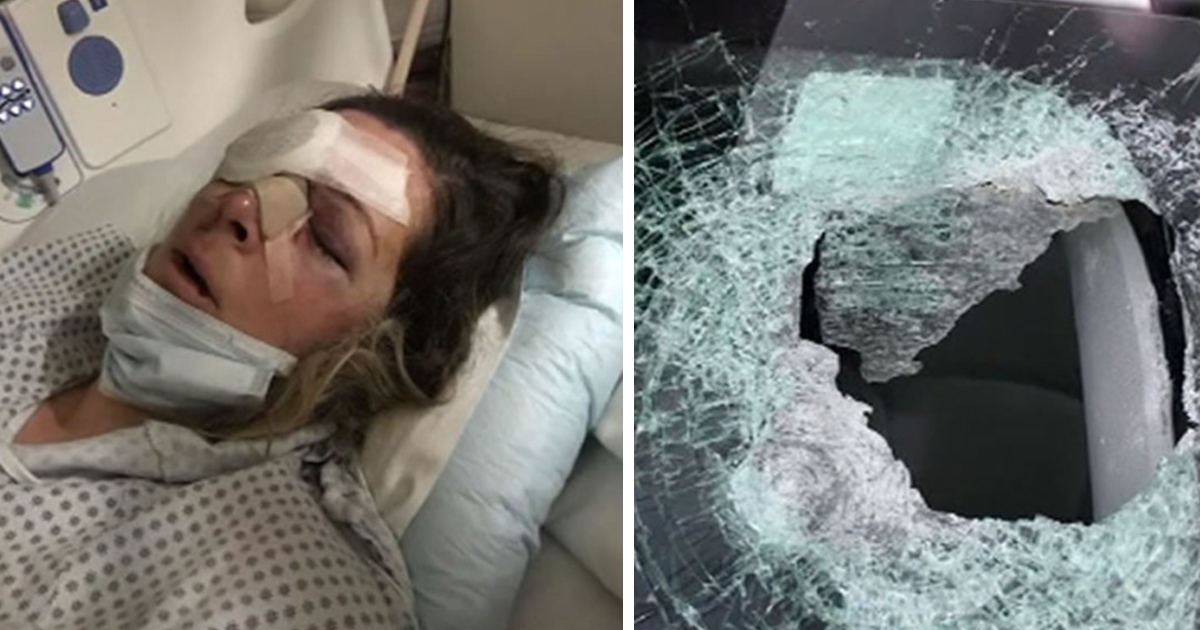 A labor and delivery nurse’s life has been changed after a rock came crashing through her window while she was on the way to work on December 23.

As per reports, Pam Burnett, of Concord, California, was driving to the hospital for a shift shortly before Christmas, when a rock the size of a grapefruit shattered her window and hit her in the face.

“As I was driving along, all of a sudden, I had heard this loud, big, and then this intense pain in my face, and then I couldn’t see anything,” Pam explained.

Bleeding, and barely able to see, she coasted her car to the side of the road and tried to call 911.

“I was desperately trying to get Siri to call 911 from my watch, but nothing was happening,” the nurse said.

Pam, who thought she was going to die, was eventually rushed to hospital, having suffered multiple broken bones in her face and a severely damaged right eye.

Three surgeries followed, one of which took place on Christmas Day, but reports say she might yet lose the eye altogether.

Authorities believe the rock may have been thrown from an overpass, though have not yet found any suspects as they continue to investigate.

Pam’s husband, Steven Burnett, has created a GoFundMe page to try and raise funds to pay for his wife’s treatment and rehabilitation. Given her current condition – Pam may need further surgeries moving forward – it could be months before she’s able to return to work at the Contra Costa Regional Medical Center.

“I’ve never been so sad in my life about anything, just terrible. I’m trying to stay strong and help her get through this and we’re gonna get through,” said Steven.

Our thoughts and prayers go out to Pam, a victim of a truly callous crime.

Please, share this article to send thoughts and prayers where they’re needed!