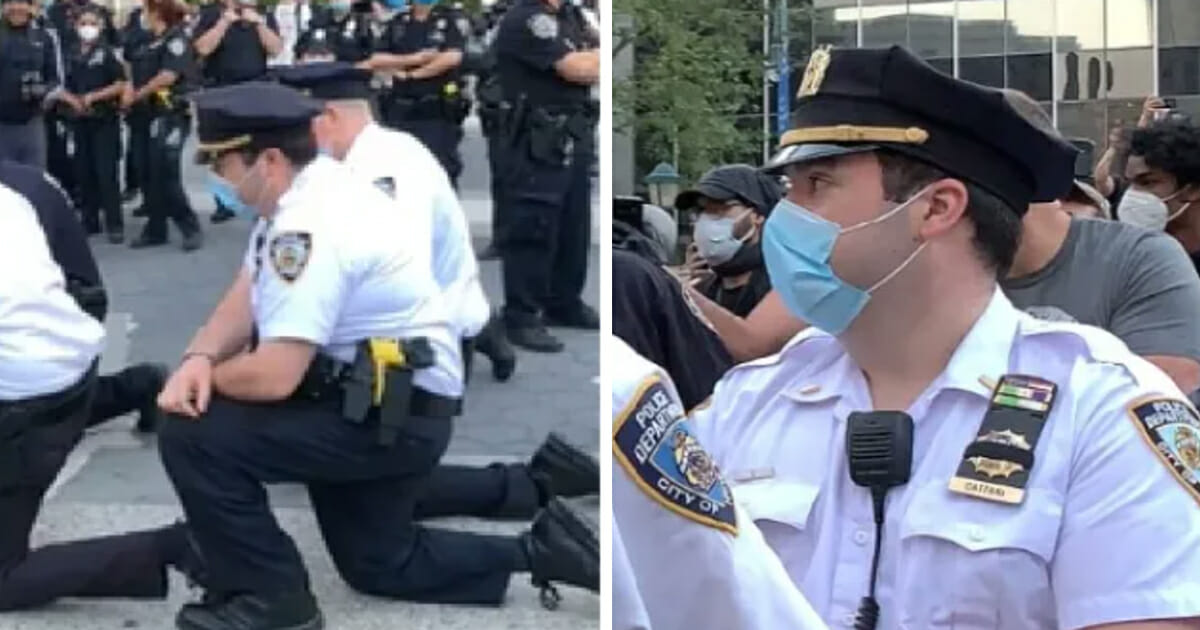 A New York City police lieutenant has confessed himself “shamed” for deciding to kneel with demonstrators protesting the death of George Floyd.

As per reports, Lieutenant Robert Cattani has issued an apology to his fellow officers, saying the fact he knelt is “something I will be shamed and humiliated about for the rest of my life.”

In an email obtained by the New York Post, Cattani expressed his regret over what he perceives to have been a “horrible decision to give into a crowd of protesters’ demands”.

Cattani was one of several officers who knelt in Foley Square, Lower Manhattan after protesters chanted “NYPD, take a knee”.

“The conditions prior to the decision to take a knee were very difficult as we were put center stage with the entire crowd chanting,” Cattani’s email reads.

“I know I made the wrong decision. We didn’t know how the protesters would have reacted if we didn’t and were attempting to reduce extra violence.”

Cattani went on to say he thought that kneeling might pacify some of the gathered demonstrators, and perhaps prevent them from violently clashing with officers later on.

He continued: “I was wrong. At least that’s what I told myself when we made that bad decision. I know that it was wrong and something I will be ashamed and humiliated about for the rest of my life.

“We all know that a-hole in Minneapolis was wrong,’ Cattani added, referring to Derek Chauvin, the Minneapolis officer charged with killing George Floyd.

“Yet we don’t concede for other officer’s mistakes. I do not place blame on anyone other than myself for not standing my ground.”

Cattani finished his email by admitting himself deeply ashamed of having given into protester’s demands. He went as far as to say that he had considered handing over his badge in light of the incident.

“I spent the first part of my career thriving to build a reputation of a good cop. I threw that all in the garbage Sunday,” he wrote.

“I could not imagine the idea of ever coming back to work and putting on the uniform I so wrongly shamed. However, I decided that was the easy way out for me and I will continue to come to work every day being there for my personnel.”

What do you think of Lieutenant Cattani’s decision to kneel? Do you think he’s shamed his uniform? Let us know in the comments box below.

Share this article on Facebook if you support both the Black Lives Matter movement and the good and honest police officers remaining out there trying to do their jobs.