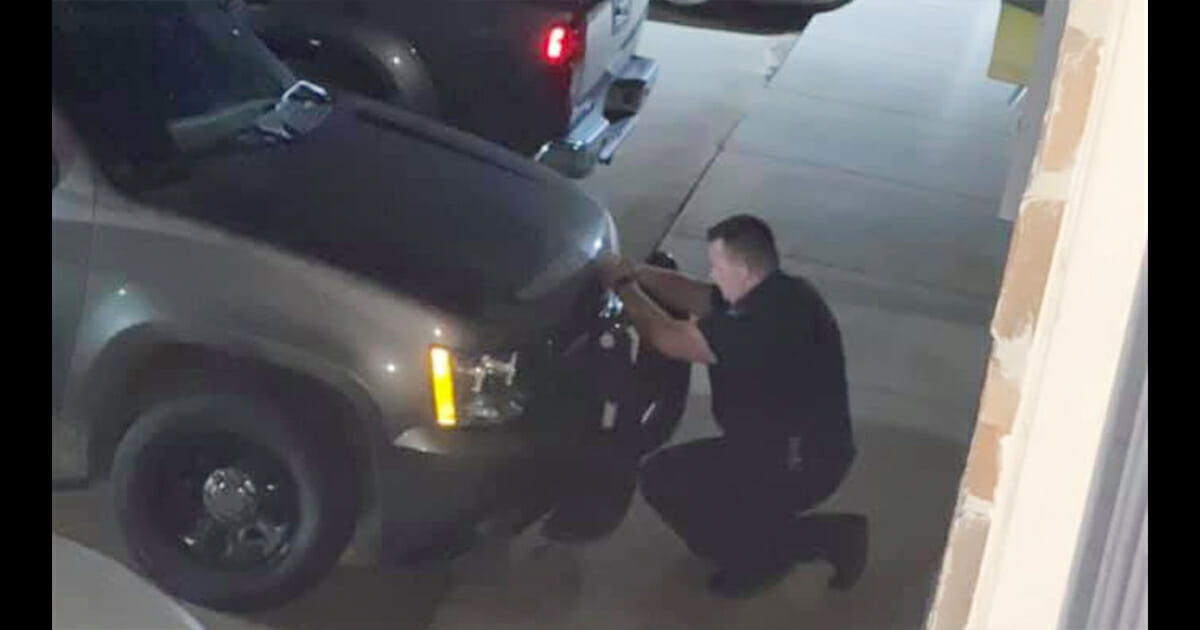 A poignant photo depicting a Pauls Valley police officer bowing his head in prayer before the start of his shift is going viral for all the right reasons.

Uploading the photo of her husband to Facebook, his fiancee says the fact the officer, named Ty, prays every night before his shift “exemplifies exactly who he is as a person.”

“Ty is brave, strong, loving, kind, patient, and so much more,” she wrote.

“I have a prayer that I say as well, and it always begins and ends with asking God to keep him safe. It is a scary world we live in now, I am not ignorant to that. I wish more people could know Ty and I wish ALL cops were like him. If EVERYONE were as kind hearted as Ty, the world would be a better place.”

Protests and demonstrations against police brutality have been in evidence the world over since the death of George Floyd on May 25.

Floyd was killed while being arrested by four Minneapolis police officers, one of whom, Derek Chauvin, was filmed kneeling on his neck for over eight minutes.

The resulting backlash has seen officers all over the U.S. perhaps unfairly tarnished with the same brush.

Though what those four officers did that day – or failed to do, in the case of some of them – is reprehensible, there remain law enforcement officers in every community who are brave and kind.

I’m glad the fiancee in this story chose to share the photo of her husband praying before his shift. It seems like we could all use a little faith right now.

Share this article if you think there are still good officers in the world.