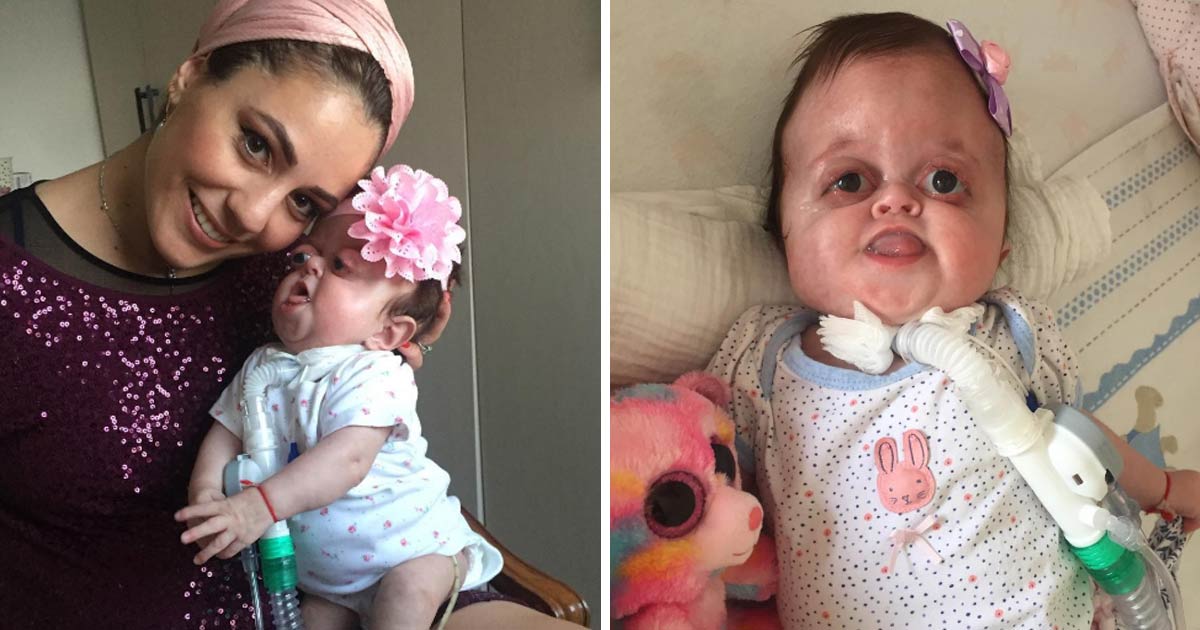 Mid-way through the pregnancy, doctors weren’t sure Batya would survive being born and so advised her parents to abort, but the little girl resolved to defy all odds.

Only, her distinct appearance has meant her family has been forced to endure death threats and hateful comments, with her parents taking the brunt of the opposition.

“They have said that we should have killed her,” says dad Naffi Goldman, as per English newspaper the Daily Mail.

Batya suffers from two rare syndromes in Pfieffer’s syndrome and Antley-Bixler syndrome. On top of those, she’s also blind, deaf and needs help to breathe.

Her parents, who live in Manchester, UK, are now talking openly about the hatred they’re faced with as a result of not terminating Batya while she was in the womb.

In the beginning, medical professionals weren’t convinced Batya was going to survive. When she was born, she suffered from lack of oxygen at birth, but managed to pull through and survived.

“She had an enlarged head and her eyes were bulging. I could see straight away that her spine wasn’t straight. She was frightening to look at,” Naffi said, as per the Daily Mail.

“It was scary for us. We knew straight away that the future was going to be very, very hard for us.”

Nevertheless, the love the parents had for their daughter was overwhelming. What the couple weren’t prepared for, however, was the backlash they would encounter. Mom Racheli found that out when she shared pictures of her daughter on Facebook and was the subject of verbal abuse. The family have also received death threats.

One comment on Racheli’s photo of her baby read: “Do you think keeping this creature alive is the right thing to do?”

Both Naffi and Racheli have been left dumbstruck by the harshness of the opposition they’ve faced – they simply can’t fathom why there’s so much hatred.

“People said ‘why bring a creature into this world, you should have killed her’. It broke our hearts,” Naffi explained.

Of course, we should never be prepared to accept such hatred.

All lives are worth living; all lives should be treated with respect. Share this article if you agree!