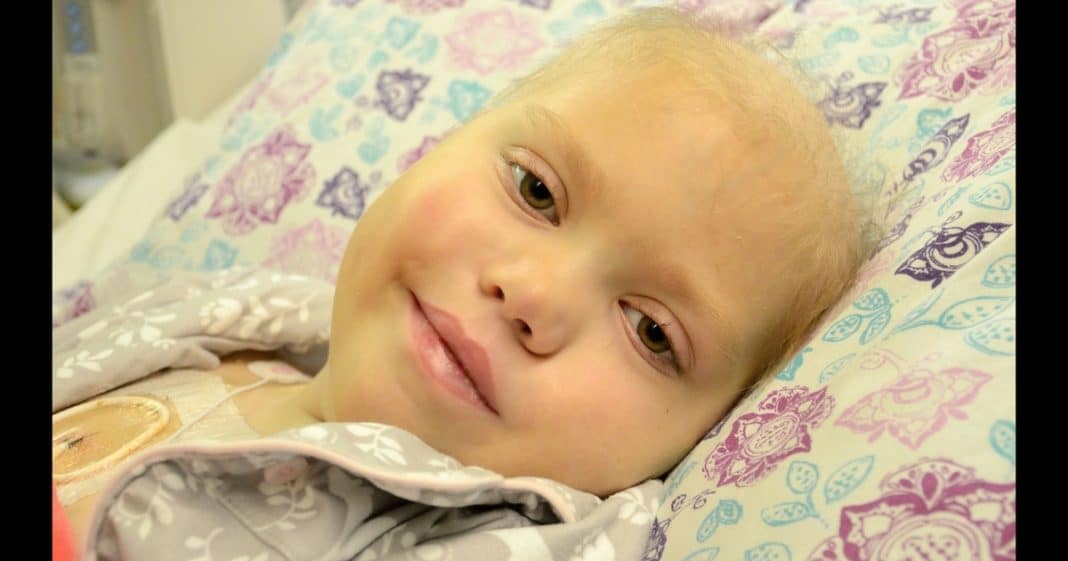 Of all the diseases and afflictions that can befall us as humans, cancer is perhaps the most terrible. Not only for what it does to its victims, but also for the devastation it wreaks amongst their family and friends.

Just ask the loved ones of Abby Furco, who was diagnosed with leukemia in 2011 at the age of four. At the time, doctors only gave her a 20 percent chance of survival, leaving her parents rocked to their very cores…

Abby Furco was only four-years-old when she was given her cancer diagnosis. As her mum, Patty, explains, the family were left reeling.

“We were devastated,” Patty said. “We were basically told that she was going to die, there was very little hope.”

Today we honor Abby Furco on her 10th birthday! Abby began her battle with cancer (PH+ ALL) at age 4, in 2011. pic.twitter.com/6pfXmnMifF

Of course, that wouldn’t stop them from fighting with everything they had. For the next six years, the family did all they could to give Abby the best life possible, whilst simultaneously combatting the leukemia that sought to kill her.

“We kept her surrounded by love because we knew at any moment we could lose her,” Patty said. “There were moments we didn’t know if she’d pull through, she has so many infections that could have ended her life. All we could do was watch her fight and try to get better.”

Then, in 2013, the family had something of a breakthrough. Abby’s treatments had finished and for one golden year she was able to be just like the other kids. She went to school, played soccer when she could, and joined the Girl Scouts.

Tragically, though, Abby’s cancer would return the following September. When it did, it was worse than before.

“As hard as that first diagnosis was, this one tested every ounce of our being,” Patty says. “She became completely immobile, any movement hurt her and she hardly spoke.”

Abby was given another bone marrow transplant in February 2015, but after just over two weeks she was diagnosed with Graft-versus-host disease, a condition where donated marrow begins to work against the body.

The brave 10-year-old was put in intensive care a month later when her kidneys began to fail. Doctors delivered the brutal truth to her parents: She would only survive 48 hours if they took her off of dialysis.

“Doctors told us it was time to let her go, she was only awake for like an hour each day,” Patty said. “We began preparing our other daughters for her death.”

The family placed Abby in hospice care and her grandparents flew in to say their goodbyes. They began to go through her funeral arrangements, starting with selecting her casket and deciding on which music should play.

Then, inexplicably, a miracle occurred.

“She told us, ‘I have so much living to do,’” Patty recalled.

“We couldn’t believe it,” she added, “in a matter of days, weeks, months she started walking and getting stronger. It’s an absolute miracle.”

Doctors were in concurrence – there was nothing that could medically explain Abby’s fight back from the brink.

“We helped her get home on hospice. But when we started backing off, taking away treatments so she wasn’t on so many meds, she started getting better all on her own,” said Abby’s doctor and oncologist, Jacob Wessler.

“She’s had ups and downs, but if she continues on this path, she is going to make us all look like fools! She’s defied every single odd.”

Today, Abby is in remission and receives IV steroids two times a day. Her prognosis is uncertain, but her family have been given a hope they could never have imagined.

“We watched her die and come back to life,” Patty said. “Now we’re looking to the future.”

What an incredible story, right?

No child should ever have to fight cancer, but sadly it’s a reality that millions around the world face every day. SHARE this story to pay tribute to brave Abby, and all the children locked in a battle with this deadly disease.