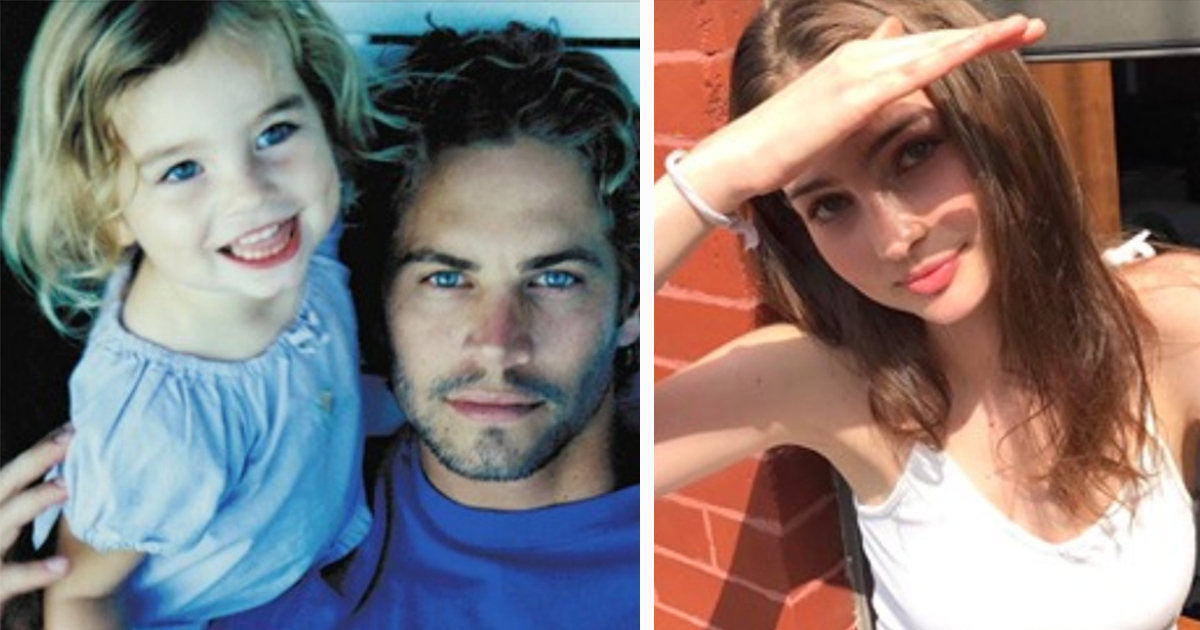 It’s difficult to believe that it’s been almost seven years since Paul Walker passed away.

The high-profile actor, perhaps best known for his recurring role in the Fast and Furious franchise, was killed in a traffic collision in November 2013, when his Porsche Carrera GT slammed into a pole and burst into flames.

At the time, Walker’s death broke the hearts of fans around the world, but it also forced open a gaping void of grief for the family he left behind. This included his fiancée Jasmine Pilchard-Gosnell and his daughter by Rebecca McBrain, Meadow Rain Walker.

When Paul died, Meadow was just 15 years old, which is an extremely difficult time to lose a parent. Of course, there’s never a ‘good’ time, but having to deal with the loss of your father whilst in the middle of your formative teenage years must be an extremely taxing weight to bear.

And yet by all accounts Meadow managed to deal with the crushing blow in valiant fashion. There can be no doubt that it was beyond challenging to pick herself up and soldier on, but the now-22-year-old is certainly making her father proud indeed.

From the very earliest of beginnings, it was obvious that Paul Walker was destined for a life of entertaining people.

Born in 1973, he was a child actor throughout the ’70s and ’80s before gaining some level of recognition after appearing in TV soap opera The Young and the Restless.

Going from strength to strength, Walker featured in the 2001 thriller Joy Ride, crafting a burgeoning reputation for himself as an action star. Indeed, it was his role as Brian O’Connor in the first instalment of the Fast and Furious franchise – released in the same year – that propelled him to stardom.

Walker would go on to reprise the role several times as the Fast and Furious franchise proved a huge commercial hit. By the time of his death, the 40-year-old Walker had established himself as a well-known action star and leading man.

As a result, his death sent shockwaves around the world. Co-stars and close friends like Vin Diesel and Tyrese Gibson led the tributes, while his partner and then-15-year-old daughter had to come to terms with suddenly losing a husband and father.

We will never know the true extent of the suffering felt by Jasmine Pilchard-Gosnell and Paul’s daughter, Meadow Rain Walker, but we do know that the latter has certainly succeeded in honoring her father’s legacy.

Meadow did a lot of growing up following her father’s passing. She finished up high school and immediately threw herself into a series of big projects. Amongst other things, she announced that she was launching the Paul Walker Foundation, using a portion of the money left to her by her father to set it up.

The foundation’s goal is to help the fight to ensure we protect the oceans of tomorrow, as well as wildlife and, ultimately, ourselves. Its website describes it as “an enduring light of Paul’s unique spirit, far reaching goals, and spontaneous goodwill.”

As per reports, Meadow, who is also studying, continues to run the Paul Walker Foundation with the help of her godfather, and Paul’s friend of many years, Vin Diesel.

I don’t know about you, but it warms my heart to see Paul Walker’s daughter ensuring that his kind and compassionate legacy lives on in the best of ways. I just know he would be proud of her.

Does anyone else miss Paul Walker? I don’t think the Fast and Furious films are the same without him!