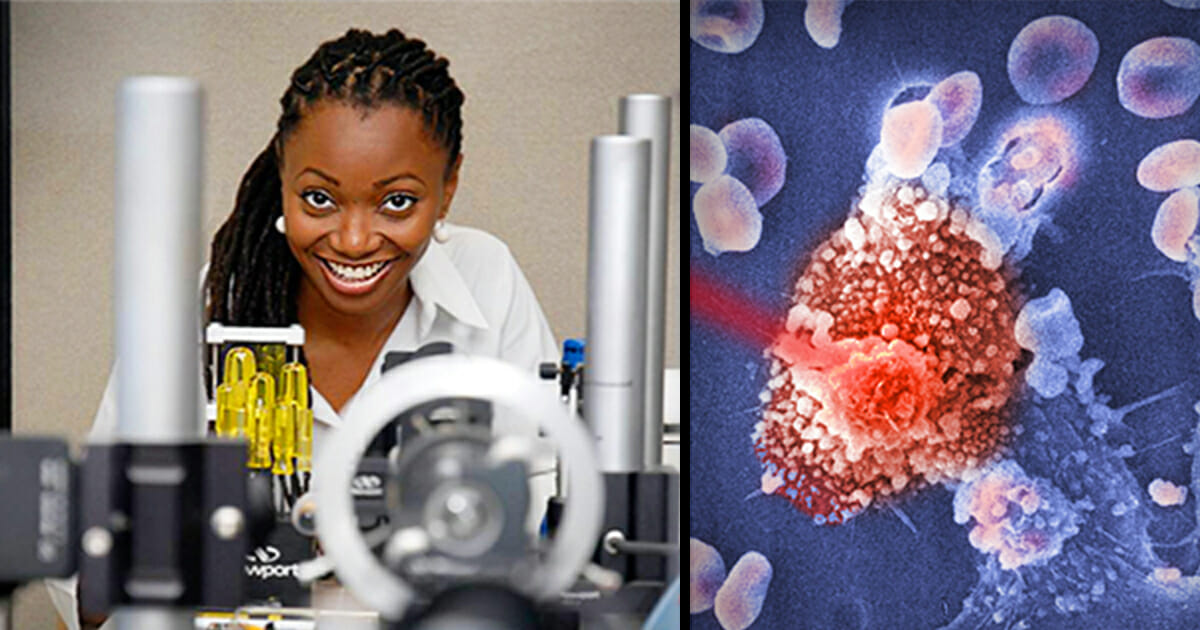 Dr. Hadiyah-Nicole Green is a true pioneer in her field.

As a black female physicist working in the United States, had she been born in another time she could well have found the path to her ambitions blocked by prejudice and discrimination. Even now she’s only one of 100 black female physicists plying their trade in our country, making her a role model and a source of inspiration for any who dream big.

More than that, though, she’s working on something that could quite literally change the world …

Green is currently working as an assistant professor at the Morehouse School of Medicine, and her list of accomplishments is impressive indeed.

Yet it wasn’t always plain sailing. While in school, she experienced tragedy that inspired her work to focus on the use of lasers to target cancer cells.

Green was orphaned as a child, ultimately being raised by her aunt and uncle in St. Louis, Missouri. Retaining lofty ambitions from an early age, she eventually attended Alabama A&M for her Bachelor’s degree – becoming the first person in her family to go to college in the process.

By the time she’d earned her doctorate, she was only the second black woman in the history of the University of Alabama-Birmingham to pick up a degree in physics. She even had to endure a dissertation committee member laughing at her and telling her she would never graduate.

At home, meanwhile, she dealt with the deaths of her uncle and aunt, both of whom succumbed to cancer.

It’s perhaps this that has been the biggest source of inspiration for her work in the fight against the terrible disease. As per reports, she developed a way to inject nanoparticles into cancer cells, whilst simultaneously avoiding healthy cells in the process. Laser therapy is then used to heat up the nanoparticles, killing the cancer cells whilst avoiding the side-effects that are standard course with chemo and radiation therapy.

Her work could offer doctors a new option to destroy tumors previously considered too dangerous to reach with current methods, though it requires further research.

Not just that, but she’s aiming to inspire a whole generation of black women to get into fields such as maths, science, technology and engineering.

“Usually if there is an invitation to speak at a forum, I accept it because I feel like it’s a responsibility,” she said. “There are so few of us [black women in STEM fields] I don’t feel like I have the luxury to say ‘I’m too busy.’”

“There are black female scientists who don’t get media exposure,” she went on to explain. “Because of that, young black girls don’t see those role models as often as they see Beyonce or Nicki Minaj. It’s important to know that our brains are capable of more than fashion and entertainment and music, even though arts are important.”

Dr. Hadiyah-Nicole Green is a true role model, and her work sounds truly impressive. We wish her all the best in her endeavours!

If you want to do the same, share this article on Facebook so that everyone knows her name.