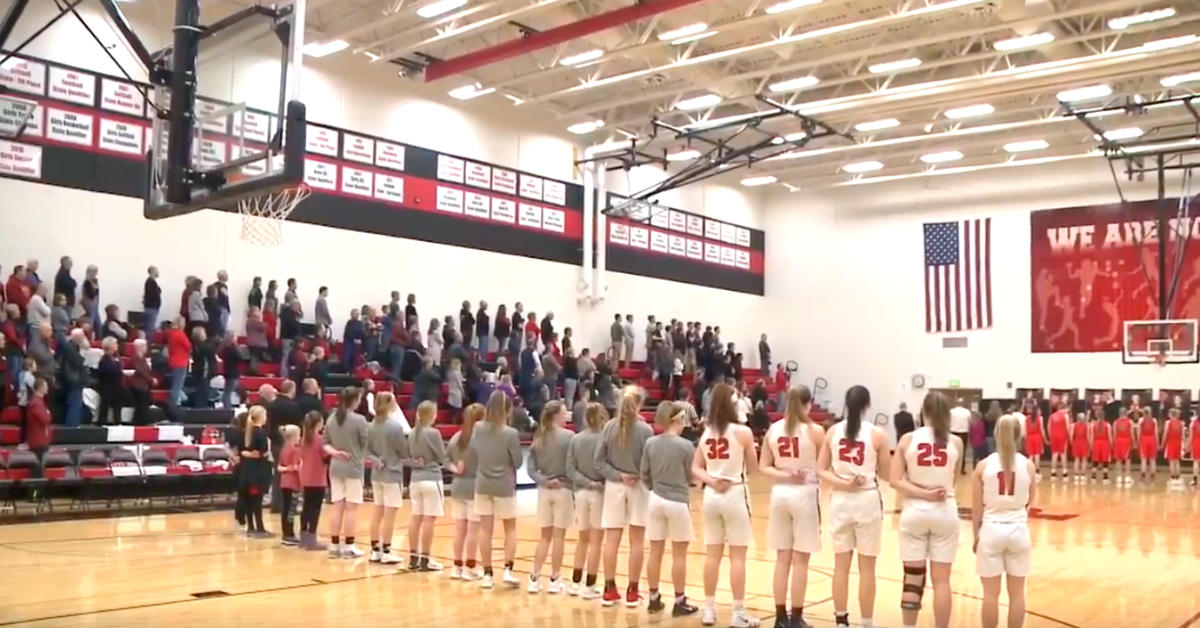 The “Star-Spangled Banner” means many different things for many different people. Above all else, however, it represents the freedom and undying bravery of the American people as a collective.

Now, despite the fact it’s been covered so many times over the course of its history, it remains a difficult song to sing. That’s why whenever someone manages a particularly powerful rendition, people sit up and take note.

Of course, getting someone talented enough to really do the song justice is no easy feat. One high school in Iowa knew just what to do, however, in the absence of a professional singer and with no way to play a recording …

When their girls’ basketball team was set to play a fixture February 1, North Polk High School had planned to simply play a recording of “The Star-Spangled Banner” so that the audience could join in.

As fate would have it, though, the recording didn’t play on cue, leaving those gathered in attendance to belt out the anthem themselves.

With no other option but to pick up the mantle, the audience, referees, students and school staff banded together to ensure the anthem was observed.

The result was a collection of different voices joining in harmony, despite having no one to orchestrate them.

As we mentioned previously, “The Star-Spangled Banner” is no easy song to sing, so the fact they were able to deliver it as well as they did makes the video all the more impressive.

At the culmination of the anthem the arena then exploded into applause, and rightly so!

You can see the incredible performance in the video below:

We think this is one of the most engaging renditions of the song we’ve ever heard.

Share this article if it put a smile on your face. Help to brighten someone else’s day!