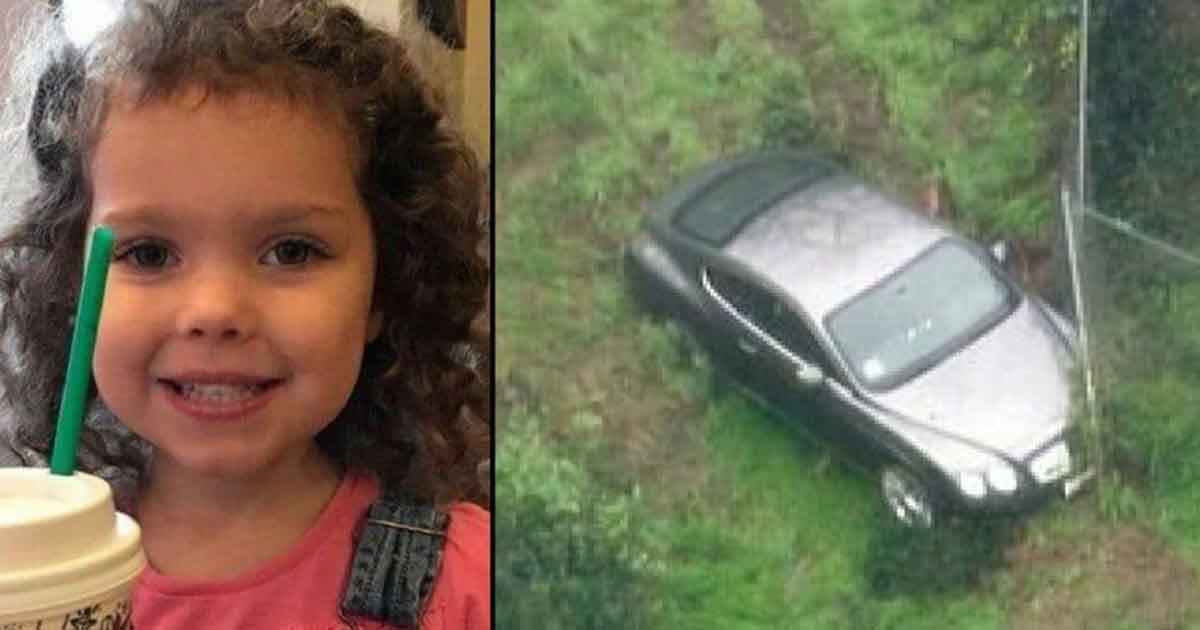 A child disappearing is every parent’s worst nightmare.

Ask anyone who’s ever lost their little boy or girl even for a moment and they’ll tell you of their heart stopping; of the unparalleled fear that coursed through their body.

This is the story of a mom who witnessed just that in February. She was assaulted by a burglar at her home and was knocked unconscious in the ensuing fight. When she woke up, she realized the harrowing truth: Her 4-year-old daughter was gone. Vanished without a trace.

The burglar had kidnapped little Heidi, and then disappeared before the police could arrive.

A manhunt was started to catch the perpetrator. The aim was to find Heidi at all costs.

The mom was due to pick up her other two children from school on February 13. When she didn’t show up, however, staff realized something serious must have happened.

They called the police, who immediately went to the family’s home. It was there they discovered the mother, lying unconscious and alone.

An unknown man had broken into the family home on Johns Island, South Carolina. The burglar had seriously assaulted the mom, before kidnapping her 4-year-old daughter, Heidi Todd.

Heidi’s mother was rushed to hospital for emergency surgery. Simultaneously, police began a major operation to both locate and rescue little Heidi, and to apprehend her kidnapper.

The whole community was close to the family, and so aided the police in their search. They looked for any sign that the girl might be alive, but their initial hunt turned up nothing.

The next day, however, railroad workers in Alabama discovered something strange. A car was parked near their workplace, located deep within the woods and away from all highways.

The workers quickly notified the police concerning the vehicle, and they came out to investigate.

One of the first on the scene was Officer Rick Oliver. He decided to approach the vehicle carefully, so as to not spook whoever was inside.

When he finally got close enough to the window, however, he saw a man sleeping inside. A little girl was in there too.

The officer confronted the suspect, but he drove off in the car after handing Heidi over.

What ensued was a short chase, ending with the police arresting 37-year-old Thomas Lawton Evans. In September, Evans was found guilty of kidnapping, as per ABC News.

“What could have been a day of real tragedy has proved to be a day of great joy,” said Mayor John Tecklenburg in an interview afterwards.

Officer Rick Oliver spoke of the incident, describing it as one of the brightest days of his 20-year-long police career.

I’m so grateful Heidi was found safe and well!

Share this to pay tribute to the excellent police work.