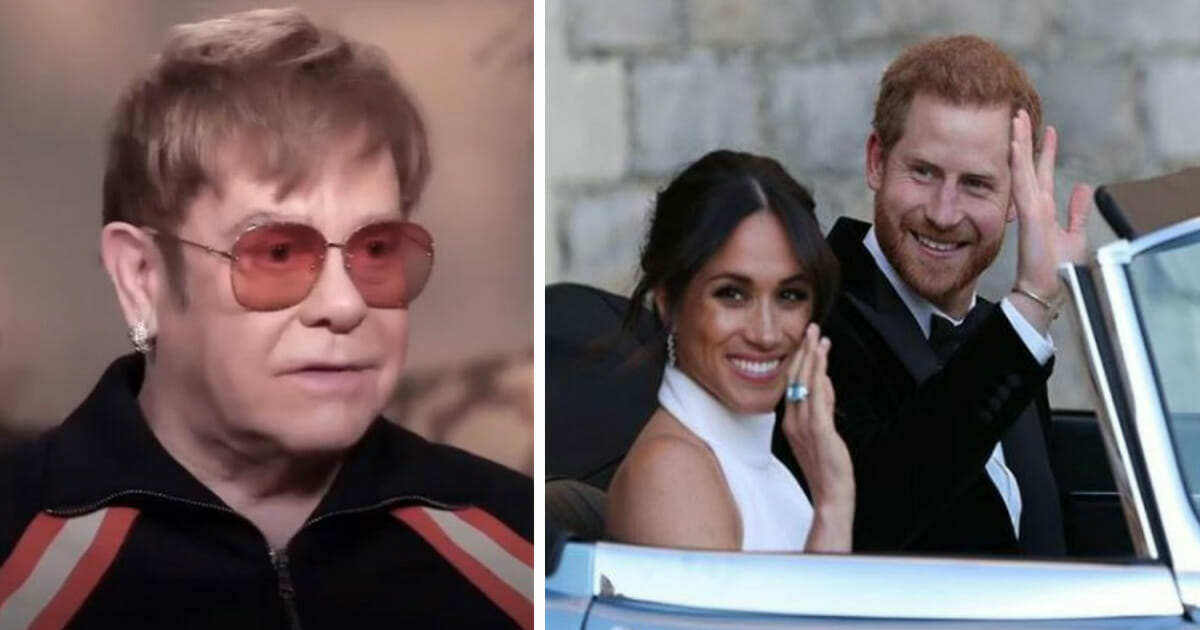 Sir Elton John was a close friend of the late Diana, Princess of Wales, and produced a memorable performance at her funeral.

21 years later, with Diana’s youngest son, Prince Harry, getting married, speculation arose as to whether or not Elton would perform on the day. There were plenty of questions posed in newspapers, particularly in the days leading up the royal wedding at St. George’s chapel, Windsor, last Saturday.

Of course, Elton John was in attendance for the ceremony, but he didn’t perform. Viewers (of which there were an estimated two billion worldwide) were instead treated to a truly captivating speech from American preacher Michael Curry and a stellar performance from a gospel choir.

At the wedding reception, Elton was introduced by Prince Harry shortly after his speech. Now, the prince’s words to the world-famous artist have been revealed, as per the Daily Mail.

Elton John has long been a friend of the British royal family. He was one of 600 guests invited to the reception at St. George’s Hall, Windsor Castle that Queen Elizabeth hosted in the wake of Prince Harry’s wedding to Meghan Markle.

Having been a close friend of Princess Diana’s, before her untimely death in 1997, John gave a heart-wrenching rendition of Candle in the Wind at her funeral.

21 years later, he was part of an all-star cast attending the wedding of Diana’s youngest son, and at the subsequent reception was asked a rather special question by the prince.

According to reports, following a great speech delivered by Harry himself, the prince asked “does anyone here know how to play the piano?”

20 years ago today, the world lost an angel. #RIP @ejaf

With the words aimed at Elton John, there could be no mistaking what was to occur next. The legendary singer/song writer stood up a short time later and went to the piano. It was a pleasant surprise to most people, with the 70-year-old performing some magical songs for the newlyweds.

The Daily Mail say that he played such classics as “Your Song”, “Tiny Dancer”, “Circle of Life” and “I’m Still Standing”. We can only imagine the rest of the guests must have enjoyed the show! What a beautiful gift for the bride and groom.

Thank you to everyone in Windsor and beyond for making today so special. It was an incredible day! #royalwedding

Back in 2005, John made a classic appearance with Just Your Song. Enjoy the video below and imagine how good it must have been to hear him live at the royal wedding reception.

Please share this story to wish Prince Harry and Meghan Markle good fortune for the rest of their lives together.