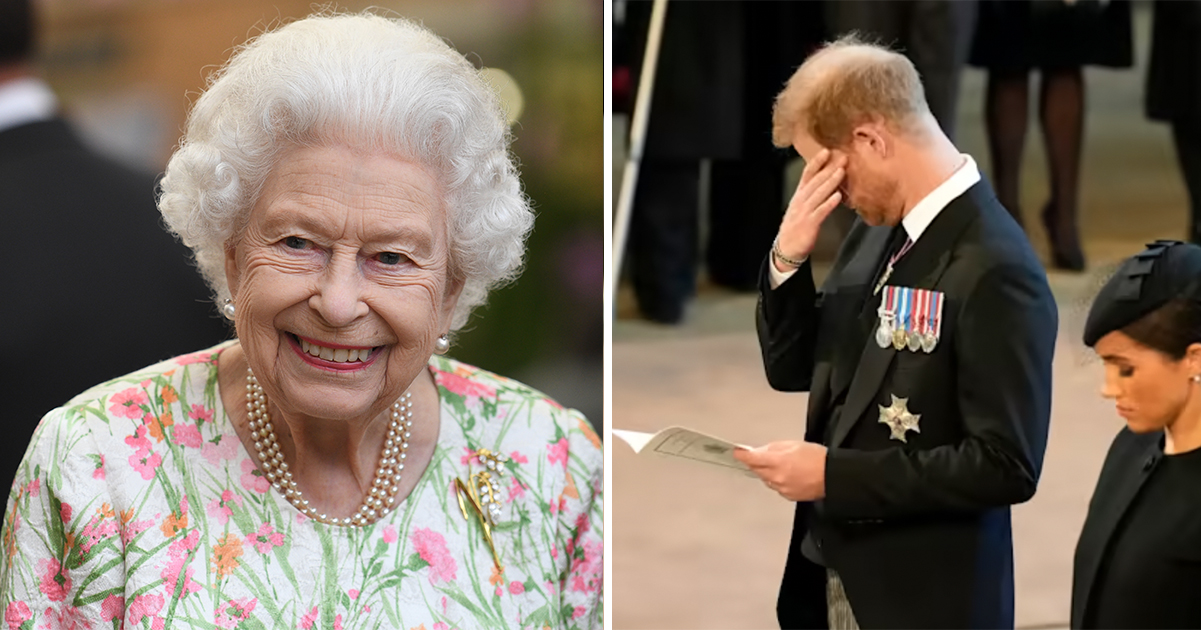 The times they are a-changin’.

For the vast majority of people in the UK, there has never been a monarch not named Elizabeth. At least not in living memory.

Arguably one of the most well-loved, well-respected figureheads in history, Queen Elizabeth sat the English throne for an incredible 70 years, overcoming trials and tribulations and retaining poise and dignity until the very end.

Yet Father Time comes for queen and pauper alike. Last week marked the end to a glittering reign that began all the way back in February, 1952.

“The whole family is saddened to learn the full extent of how challenging the last few years have been for Harry and Meghan,” the Queen said at the time.

Whilst it’s true that Harry has been on UK shores since his famous fall-out, it’s relatively safe to surmise that his relationship with immediate family members remains strained.

Only yesterday did we relay reports that Harry and his father, King Charles, are making tentative efforts to repair bridges burned. Much of what goes on between the pair – and indeed Harry and Prince William – will likely never see the light of day where the public is concerned, but it makes sense to assume that the royal family as a whole understand that presenting a unified front is advantageous moving forward.

In any case, many eyes are trained on Harry given that he is now, if only temporarily, back in the royal fold.

According to Hello Magazine, Harry was overcome with emotion during the ceremony for the late Queen Elizabeth’s lying in state at Westminster Hall. Harry walked alongside his brother and other close members of the royal family, but could be seen wiping tears from his eyes as his grandmother’s coffin was placed in the hall.

Donning a suit adorned with his medals, Harry reunited with Meghan inside the hall before they left together holding hands.

Indeed, the weight of the event, a truly historical moment for the royal family, was evident on the faces of a number of the Queen’s loved ones.

Princesses Eugenie and Beatrice were clearly emotional, while the likes of Prince William and Prince Edward looked on solemnly.

The Queen’s funeral is scheduled to take place on Monday, September 19. According to reports, the Queen will be interred at the King George VI Memorial Chapel in Windsor Castle. What’s more, the body of her late husband, Prince Philip, Duke of Edinburgh, will be moved to joined her there.

Philip, as you may remember, passed last year at the age of 99 – he and Queen Elizabeth had been married for an incredible 73 years.

As per Page Six, the Queen will follow a tradition that has seen her parents King George VI and Queen Elizabeth the Queen Mother, as well as her sister, Princess Margaret, buried at King George VI Memorial Chapel.

At the time of writing, the remains of Prince Philip are still at the Royal Vault at St. George’s Chapel, but they will be moved to lay beside Queen Elizabeth’s when she is laid to rest.

As for Prince Harry, he and Meghan have made it known that they will be staying in the UK until after the ceremony. This may mean that they opt to fly their two children, Archie and Lilibet, across the Atlantic with their grandmother on Meghan’s side, Doria Ragland.

One insider is said to have stated: “The family has already spent more than a week apart, and the state funeral isn’t for another eight days. Meghan and Harry will stick around until the end of the royal mourning period, which ends seven days after the service.”

Meanwhile, the once-unbreakable bond between William and Harry could be repaired while the latter is in the UK. Reports state that William and Kate extended an invitation to Harry and Meghan to greet well-wishers and take in floral tributes laid outside Buckingham Palace in the Queen’s memory.

I don’t know about you, but I for one hope that Prince Harry can reunite with his family and repair any burned bridges.

Are you a fan of the British royal family? Are you going to miss Queen Elizabeth? Let us know in the comments box below.