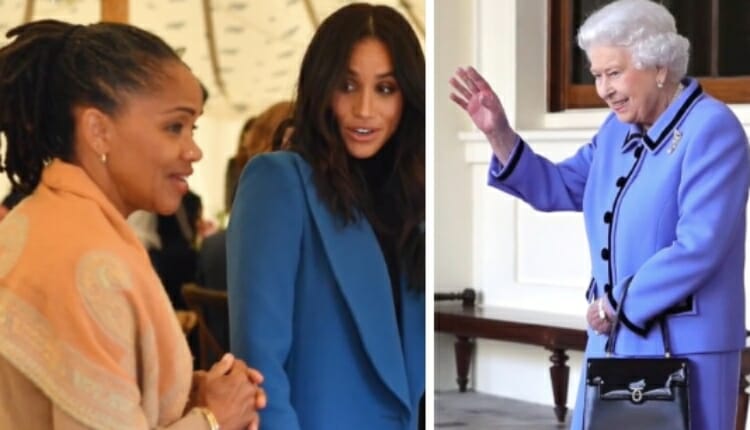 The merging of two different families can often be a difficult affair.

Now imagine just how tough it is to blend your family into your husband’s if you’re Meghan Markle, and your grandmother is the Queen of England.

Well, though it may seem daunting, it’s something that’s been made all the easier by Queen Elizabeth herself, with the monarch having reportedly invited Meghan’s mom to the royal family’s Christmas dinner.

Family affair. Meghan’s mum turns up at an official engagement for the first time since her daughter joined the Royal Family and became #DuchessofSussex #meghanmarkle #doriaragland #princeharry

According to a source close to Buckingham Palace – as per the Daily Express – the Queen has broken protocol by inviting 62-year-old Dorio Ragland to celebrate Christmas at the Sandringham Estate.

Sure, it might not seem all that incredible on the face of it, but word has it that Ragland is the only in-law to be asked to stay at the Queen’s holiday residence.

Ms. Ragland is a proud mother!❤️

Of course, as with all things royal family-related, there have been murmurs of controversy since Kate Middleton’s parents haven’t received an invite.

However, the royal source apparently clarified that there’s been no actual snub on the part of the Queen. Rather, Doria has been invited due to being the family’s only foreign-born and raised member.

In any case, the gesture is one that has been widely applauded by people online. Doria has become a household favourite with followers of the royals, if not for her dignifying appearance when Meghan and Prince Harry were married, then for her stark contrast to Meghan’s father, Thomas.

Rumours already suggest that Doria is planning an extended stay in England as she helps her daughter prepare for the birth of her and Prince Harry’s first child next spring.

If you’re a fan of the British royal family, share this article and spread the love.