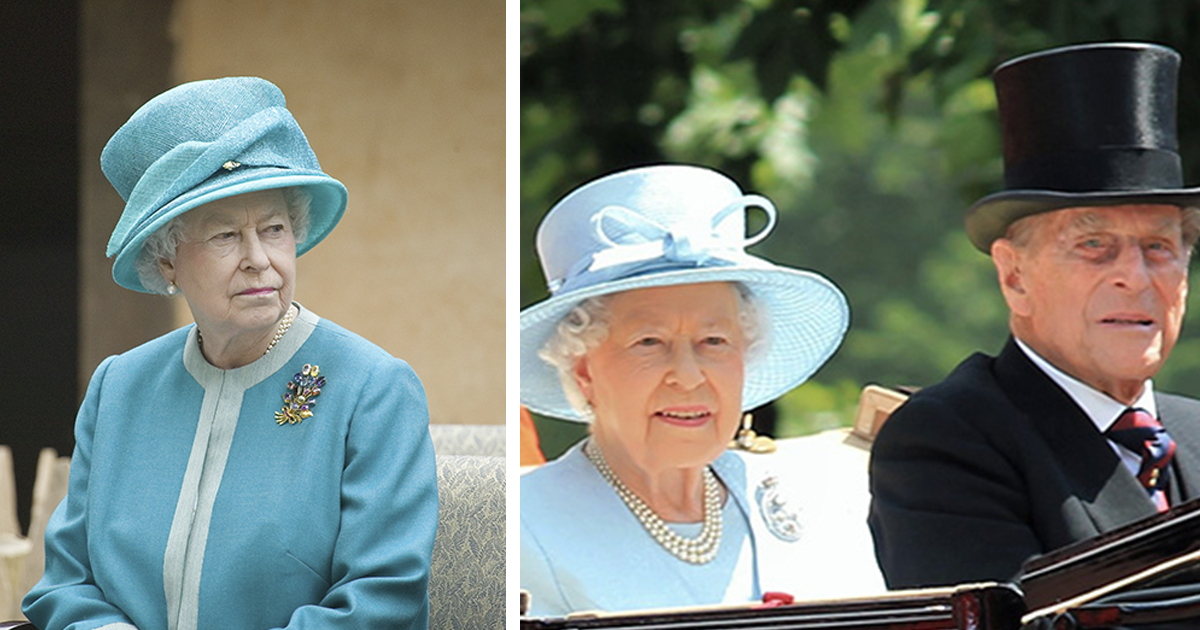 It’s been a tough year full of unwanted surprises for Queen Elizabeth of England.

The long-reigning monarch came into 2021 on the back of a year wherein coronavirus had forced her to self-isolate along with her husband, Prince Philip.

There was trouble brewing in the form of Prince Harry and Meghan Markle’s exodus from Buckingham Palace, but few could have anticipated the sheer magnitude of the waves that would ripple forth from their tell-all interview with Oprah Winfrey.

During that sit-down, Harry and Meghan leveled a series of hard-hitting allegations at the Royal Family, not least accusing them of standing idly by when Meghan was harboring suicidal thoughts, but also hinting at racism on the part of an unnamed member of the family who quizzed them over the potential color of then-unborn son Archie’s skin.

For the 95-year-old Queen Elizabeth, it became a media storm of criticism that she most certainly could have done without, particularly as the health of Prince Philip looked to be on the wane.

The consort, nearing his 100th birthday, had a lengthy stay in hospital early in the year, and there were some who openly criticized Harry and Meghan’s decision to go public with their many grievances when they did.

The Queen, however, remained typically resolute throughout. She herself promised to investigate the couple’s troubling claims, and chose not to pursue Prince Charles’ rumored plan of action to publicly refute Harry and Meghan’s allegations.

Yet the firestorm surrounding the Oprah interview would pale in comparison to the challenge the Queen would face when Philip passed away on April 9.

Buckingham Palace announced the sad news of his death with a statement that read: “It is with deep sorrow that Her Majesty The Queen has announced the death of her beloved husband, His Royal Highness The Prince Philip, Duke of Edinburgh. His Royal Highness passed away peacefully this morning at Windsor Castle. The Royal Family join with people around the world in mourning his loss.”

That Philip was a rock for Queen Elizabeth was public knowledge, and the mere fact that they had been husband and wife for 73 years makes plain the fact that his loss would be a terrible blow.

His absence from her side was heartbreaking, as he was a man that had sacrificed his career to support her in her royal duties.

Born in Corfu in 1921, Prince Philip was the youngest child and only son of Prince Andrew of Greece and Denmark and Princess Alice of Battenberg. At the age of eight he was separated from his parents and four older sisters after his mother had a mental breakdown.

His life, however, will always be remembered for his marriage to Queen Elizabeth, and the long years of service he gave to his country.

As per reports, Prince Philip had two final wishes for his goodbye, which the Queen made sure to fulfill.

A royal source also told the New York post that Philip also wished to pass away in the comfort of his own home – something that was also realized.

Yet new information has come to light regarding a supposed secret promise Queen Elizabeth made to her husband.

The Metro report that Her Majesty vowed to continue enjoying life when the couple discussed the ins and outs of living on this earth without one another.

Royal expert Richard Kay says that Philip made the same promise back at his wife.

Writing for the Daily Mail, Kay said: “Philip’s retirement had allowed her time to adjust to doing things alone. But provided he was at the end of the phone after a trying day, the world’s best-known double act could still function behind the scenes.

“Covid changed everything but, crucially, it brought an unexpected dividend in that she and Philip were together for the last 13 months of his life.

“The two had often discussed how each would cope without the other at their side, and it boiled down to this: whoever was left should mourn, but not for too long, then enjoy what remained of their life.”

Indeed, the Queen returned to royal duties just four days after her husband’s death. Moving forward, it’s expected that Prince Charles will pick up many of the official duties as an unofficial handover is initiated.

I don’t know about you, but I sincerely hope the Queen can enjoy the years left to her. She’s certainly earned that right after a lifetime of service.

Please, share this article on Facebook if you’re a fan of the British Royal Family, and to send strength and prayers to Her Majesty the Queen.