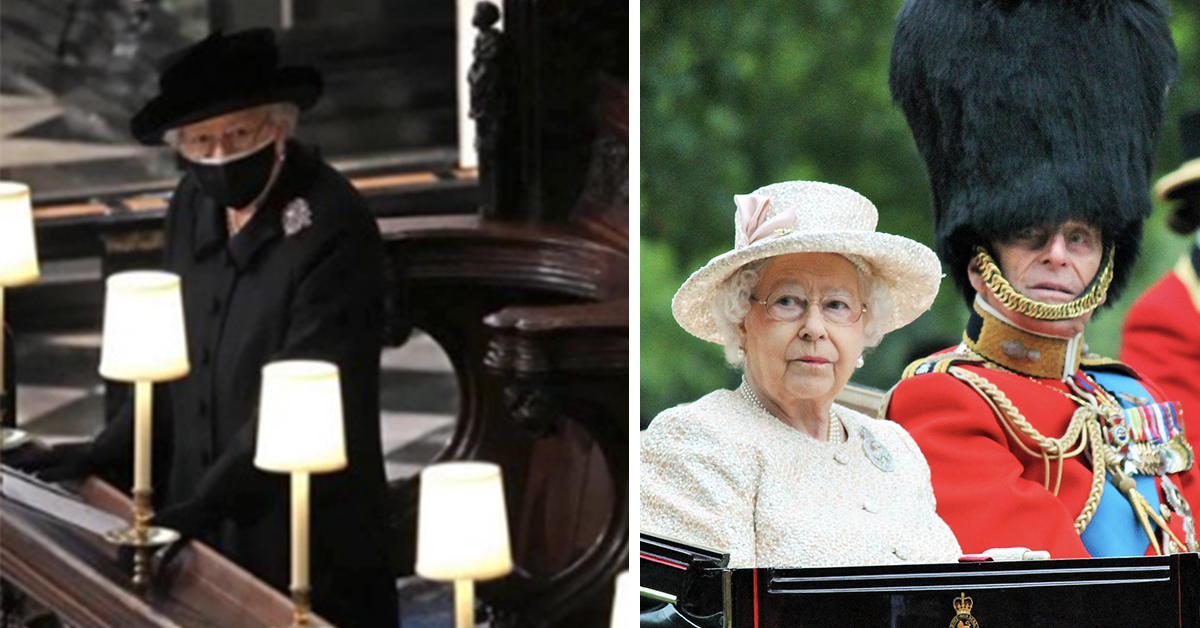 Queen Elizabeth cut quite the tragic figure as she sat in St. George’s Chapel for the funeral of her long time husband, Prince Philip.

Dressed all in black, the much-celebrated monarch sat alone to observe COVID-19 protocol, and the images taken are truly heartbreaking to see.

After all, though Prince Philip certainly had his detractors – who wouldn’t after spending a lifetime in the searing spotlight of royal life – he and the Queen had been married for an astounding 73 years. Elizabeth had previously described the Duke of Edinburgh as her “stay and strength”.

As such, his passing has naturally plunged her into a deep grief, a grief, we might add, that she must face in plain view of the eyes of the world.

Yet this is the Queen of England we are talking about, a woman whose durability and character have not only stood the test of time, but have excelled in an arena where only those with the utmost fortitude could ever hope to survive.

New details following Philip’s funeral have revealed the way in which this remarkable woman paid a final tribute to her husband, including one specific detail that is like to leave you reaching for the tissues.

Prince Philip’s death came after a month-long stay in hospital, but in truth his health had been waning for years. He eventually passed away on Friday, April 9 at Windsor Castle, having become Britain’s longest-ever serving consort.

Buckingham Palace released a statement confirming his death, which read:

The details of Prince Philip’s funeral had already been planned a long time ago, though certain finer points had to be revised due to the COVID-19 pandemic.

As per reports, the Queen had written her note by hand on a card edged in black, to follow the mourning rituals of the royal family.

New details have now come to light regarding the aforementioned ‘letter’ written by the Queen, and though we’re light on specifics, it appears that one cute element has made its way to the media.

The note was signed “Lilibet”, which fans of the British royals will know was Queen Elizabeth’s childhood nickname – she reportedly had trouble forming the word ‘Elizabeth’.

According to an article by People Magazine, the late Prince Philip is thought to be the last person to call the Queen by that nickname, so for her to use it to sign off the last note she’ll ever write to him was certainly a touching gesture.

Queen Elizabeth will reportedly remain in an official mourning period until April 22, though it’s said that during this time of reflection, the Royal Family will try to support her in every way they can.

A former senior aide told People: “Her family will step up and be by her side, but she will carry on. She understands that she has a job to do, and [Philip] would have wanted her to crack on. She did do so when he retired from public life.”

A source told the Daily Mirror, meanwhile: “The Duke of Edinburgh is irreplaceable and the Queen’s dedication to duty is undiminished.

Rest in peace, Prince Philip. We are sending all our thoughts and prayers to Queen Elizabeth, the Royal Family, and all of those who knew him.