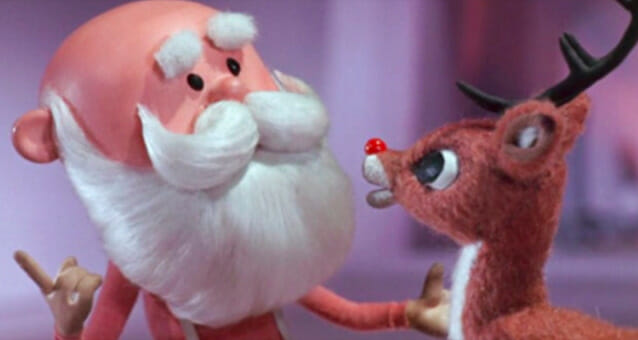 It’s a family classic so many of us grew up with. But times change… as do our perspectives on things sometimes.

Apparently, that is what is happening with a beloved children’s Christmas special, Rudolph the Red-Nosed Reindeer.

Perhaps we’re looking at things more closely these days, perhaps we’ve become more sensitized to what we previously overlooked. What’s certain however is the iconic Christmas classic many of us grew up with is being dissected in ways it never has before.

First aired in 1964, the small screen special tells the story of an underdog reindeer, Rudolph, as he struggles to find his place among Santa’s elite reindeer.

But some of the movie’s characters and part of its story lines are causing ripples nowadays, starting with Hermey the elf — who some are labeling a “sadistic psychopath”.

Some argue that Hermey has, well, a rather questionable character, due to his strange obsession with dentistry — and the issue of where he gets the teeth he uses for his dolls.

Moreover, there’s increasing concern over Rudolph and Clarice’s relationship, which is being criticized for being extremely shallow.

According to some, Rudolph “needs to slow his roll”, as rescuing someone you haven’t seen in a long time doesn’t mean they owe you affection at the end.

The criticism and debate is growing everywhere on social media, with some expressing concerns over the ‘moral of the story’ the popular special teaches children — while others defend it wholeheartedly.

This Twitter user argues that the Christmas special teaches children that “People are d*** until they need something from you.”

Others have argued that the 30-minute special appears to condone bullying — with bullying revealed within the first five minutes of the movie — and even Santa partaking in some cruel mockery.

Of course, not everyone agrees — others are voicing their appreciation for the movie and what it represents for them, such as these Facebook users:

At then end of the day, I think it’s up to each and every individual family to decide for themselves what’s best for their kids!

What do you think about the criticism this Christmas favorite is receiving? Is there anything to it or are we being too sensitive? Leave your comments on Facebook!