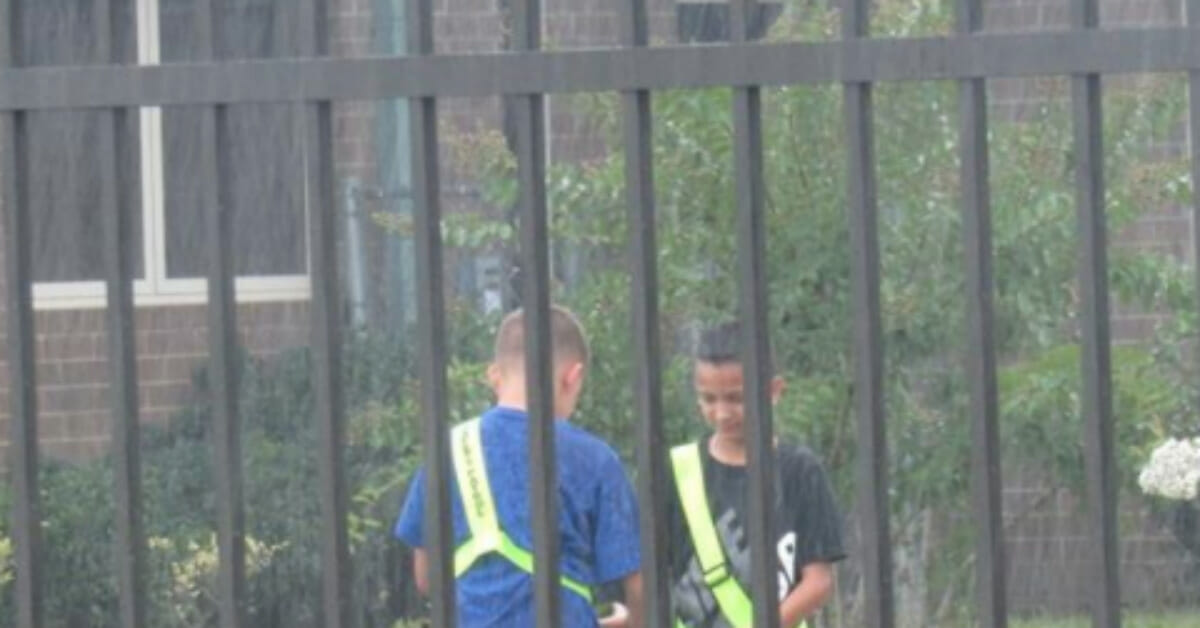 Nate and Isaac are two students at Coppergate Elementary School in Middleburg, Florida, with very important jobs. At least by their own high standards.

They’re safety patrols at the school, and have duties to perform every day.

During one particular ‘shift’ in the wind and rain, however, neither of them were aware they were being surveilled by a teacher. Now, there are many Americans who are glad they were …

Part of their job as safety patrols at Coppergate Elementary School, sees Nate and Isaac in charge of lowering the American flag during school dismissal.

On the day in question, a storm had rolled into the town of Middleburg, with most people seeking shelter from the subsequent downpour. Were Nate and Isaac two of those people? Of course not.

The boys patiently folded the flag, in spite of the drenching rain, completing their task with the utmost care and attention.

According to Coppergate Elementary School media specialist, Kim Miskowski: “Not only did they bring the flag down, they also stood in the wind and rain and calmly completed the 13 folds. Then Nate protected the flag as he walked with honor and respect to retire it for the day.”

During what might be described as a tumultuous time for many Americans, it’s refreshing to see two young men who exhibit their full-blooded patriotism for all to see.

As per Fox 30, Kim said: “They were folding the flag reverently. They were reverent. And they were doing 13 folds … and you know, our country is in a little bit of turmoil …  it just struck me. When they walked away they held it … cradled it to protect it. And it was just a moment that was meant to be, I think.”

The subsequent Facebook post, showing Nate and Isaac in the act, has garnered over 1,400 shares and the praise of hundreds of Americans.

“This is what RESPECT looks like at Coppergate,” wrote the school.

We certainly think that the boys deserve a big pat on the back for their unyielding commitment to the cause!

For many, the American flag symbolizes what it truly means to be American. If you want to pay tribute to the two boys, SHARE this post on Facebook with your family and friends.