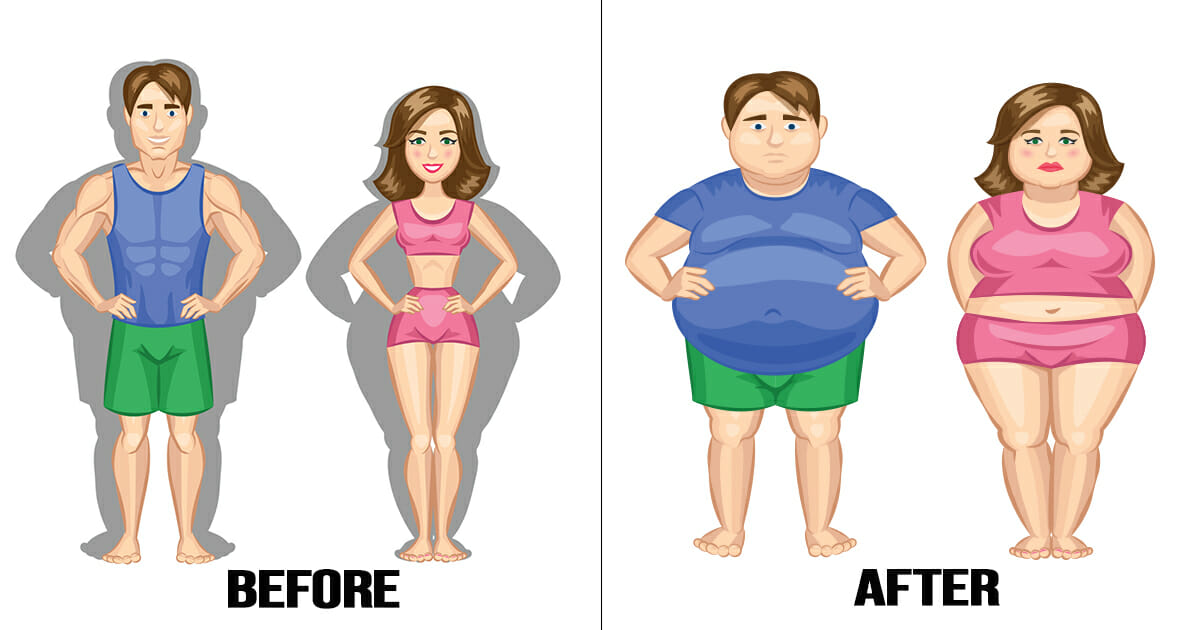 Couples who love each other are destined for a life of being fat and happy, regardless of their body types when they first met.

Alright, that might be something of an exaggeration, but it turns out there may be some truth behind the old theory that falling in love causes you to gain weight.

Several studies have been undertaken on the subject, with the general consensus appearing to be that being happy and comfortable with your romantic partner does increase the chances of you piling on the pounds.

The University of North Carolina ran a study that seems to lead the way when it comes to indicating as much. They tracked the weight measurements of more than 8,000 people, concluding that a married woman can gain, on average, as much as 24 pounds during the first five or six years of being married to her partner.

We oftentimes get so lost in the present that we forget what it initially took to steal her heart at the very beginning. Continue courting her like it’s your first date. Keep surprising her with flowers every so often. Leave her love notes in her purse. Tell her silly jokes to make that real country laugh come out. Don’t ever allow that joy to leave your relationship. I, myself, live for this smile you all see in this picture. That’s what satisfies me the most. “Psalm 4:7” #LoveTheWashingtons #ThePreWash #hdcouples #blacklovepage ? by @rheawhitney ? by @naturallyglammua

Moreover, it’s not just women who can change physically through getting closer to their other half. The same study showed that men in a relationship also gained weight compared with their single counterparts. And those that lived with their partner for more than two years? Well, they were twice as likely to gain more than 25 pounds than those who lived alone.

That said, though the study was able to conclude that there is a recognizable link between being in love and weight gain, interestingly, the same couples exhibited a decrease in smoking and alcohol abuse.

Research completed by the National Institute of Health complements that study by way of examining the link between weight gain in newly wed couples and whether or not it was a positive or negative reflection on their happiness.

Following couples who had been married for more than four years, it examined both their stress levels and mental health. The findings were interesting to say the least.

Couples who had been recently married – and admitted to being happy – were twice as likely to gain weight. In contrast, couples who said they were not so happy were less likely to go up in weight.

Certainly some food for thought *excuse the pun. It turns out being happily married or dramatically in love might well increase the chances of putting on weight in most couples.

Of course, it’s not written in the stars that such a thing will happen, but it’s interesting to be aware of all the same.