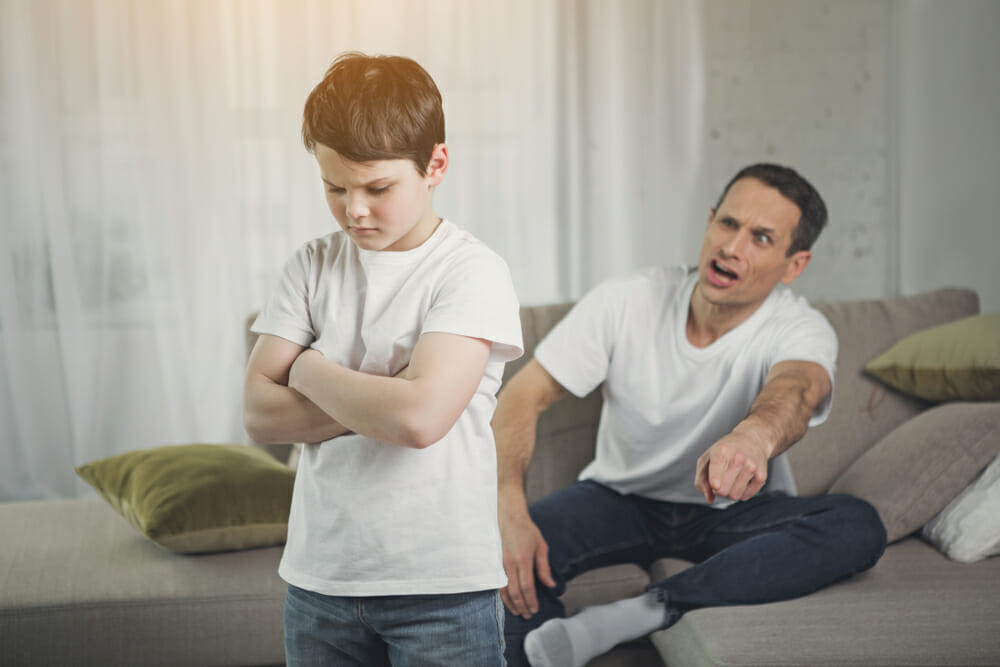 There’s no such thing as the perfect parent.

Anyone who’s raised/is raising a child can tell you that there are times when you’ll lose your rag, times when you’ll forget things or make mistakes that you regret. Part of being a parent is the learning curve you follow as your children grow.

And yet, whilst no true parent could ever say parenting is easy, there’s no excuse to be constantly angry with your kids. Sure, you might not physically harm them, but a study published in The Journal of Child Development now claims that yelling at your young ones can be equally as damaging …

Now, we’re not saying you shouldn’t raise your voice once in a while. After all, children can quite literally drive you up the wall if you let them.

But the study in question states that kids who get shouted at regularly are more likely to have higher rates of depression and anxiety, resulting in them potentially having low self-esteem and behavioral issues in the future.

As Positive Outlooks explains, screaming at your children is setting them up to either yell at others or be yelled at by others in the future.

“The power parents hold over young kids is absolute. To them, their folks are humans twice their size who provide things they need to live: Food, shelter, love — Nick Jr. When that person they trust implicitly frightens them, it rocks their sense of security. And yes, it’s truly frightening for a child, “ Dr. Laura Markham, founder of Aha! Parenting and author of Peaceful Parent said.

Apparently, yelling at a child changes the way their brain works. It helps to harbor notions in the child’s mind that they are in danger, thus enabling the ‘fight or flight’ mode. The response then becomes, over time, engrained in their personality.

It’s also said that yelling, despite perhaps relieving your own stress, is ineffective as a method of making your children complicit. On the contrary, it just makes your kids not want to listen to you.

“If the goal of the parent is catharsis, I want to get this out of my system and show you how mad I am, well, yelling is probably perfect,” Dr. Alan Kazdin, a professor of psychology and child psychiatry at Yale, told the New York Times.

“If the goal here is to change something in the child or develop a positive habit in the child, yelling is not the way to do that.”

Instead, the better route to take is to engage in calm conversation. Responding with a sense of humour, whilst also maintaining authority will allow for a better connection – it’s vital you explain what they’ve done wrong and how to make amends.

We’re all guilty of yelling at our kids once in a while, particularly if we’re running on little or no sleep. Making a habit of it only has bad consequences, however, and I think more parents should be made aware of this!

Share this article if you agree less parents should yell or be aggressive towards their children.