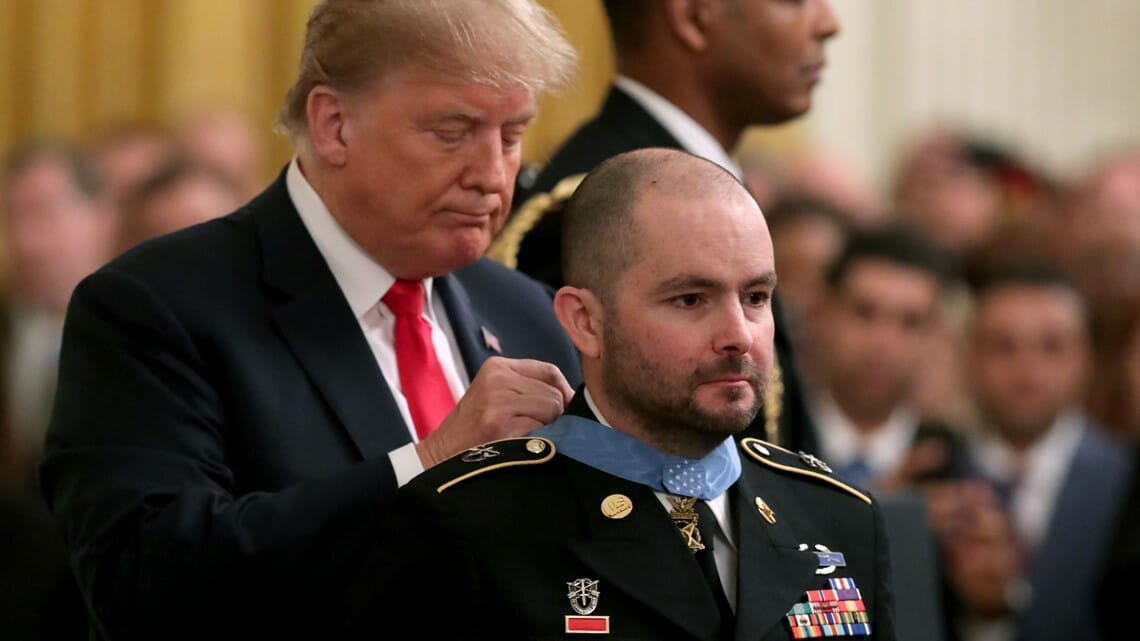 Former Staff Sgt. Ronald Shurer, who received the Medal of Honor for his deeds in the Army Special Forces, passed away on Thursday, as per reports.

Sgt. Shurer, 41, who served with distinction in Afghanistan, was undergoing treatment for lung cancer at Sibley Memorial Hospital in Washington, D.C.

The veteran had previously said on social media that he was preparing to be taken off of a ventilator, which can be a notoriously dangerous procedure.

“Very upset to write this…. been unconscious for a week. They are going to try and take it out in a couple hours, they can’t tell me if it will work,” Shurer wrote in an Instagram post from hospital.

As per reports, Shurer was awarded the Medal of Honor in October 2018 for his heroic actions as a Green Beret medic with 3rd Special Forces Group during the Battle of Shok Valley on April 6, 2008.

His Medal of Honor was an upgrade from a Silver Star Medal awarded when he was sent as part of a team tasked with capturing or killing several high-ranking members of the Hezb-e-Islami Gulbuddin.

His team was dropped into a valley beneath an insurgent stronghold, only to find the terrain more treacherous than previously expected. The task force came under fire from enemy machine guns, snipers and rocket-propelled grenades, thus trapping them on the mountainside.

Shurer was told that the forward assault element could not move due to their casualties, so he fought his way up to administer aid and evacuate the wounded.

He scaled the terrain under fire for more than an hour, killing several insurgents. When he arrived, Shurer treated four critically wounded U.S. troops and ten injured Afghan Commandos.

His citation reads that he faced a “hail of bullets and began scaling the rock face to get to the casualties.”

It continues: “Despite being hit in the helmet and wounded in the arm by Insurgent sniper fire, he immediately pulled his team sergeant to a covered position, and rendered aid as Insurgent rounds impacted inches from their location.

“Without hesitation, he moved back through heavy Insurgent fire to treat another teammate that suffered a traumatic amputation of his right leg from Insurgent sniper fire.”

3rd Group commander Col. Nathan Prussian in a statement: “Ron was the embodiment of the Special Forces soldier, a dedicated husband, and a loving father. His heroic actions were an inspiration throughout 3rd Special Forces Group, Special Forces Regiment and the U.S. Army. Our condolences go out to his family during this difficult time.”

Rest in peace to Sgt. Ronald Shurer, a true American hero who will never be forgotten.

Share this article to give thanks to Sgt. Ronaldo Shurer, and to send prayers to his family at this difficult time.